In Rush to Fight Global Heating, Let's Not Forget the Overexploitation Disaster

If we don't curb overexploitation, global heating won't be the only thing endangering the food security and livelihoods of half of all people. 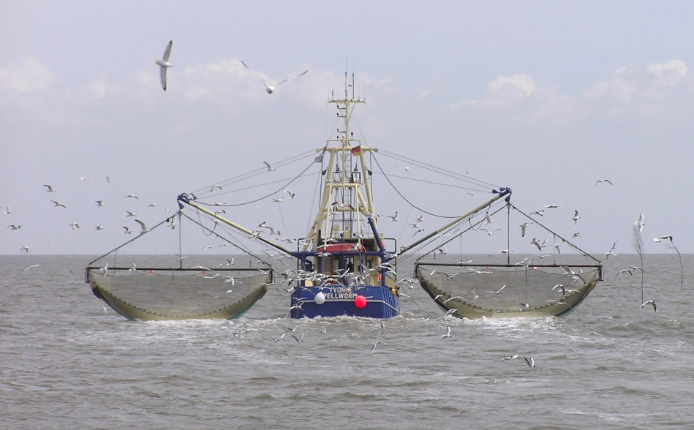 The UN has called the climate catastrophe the “defining issue of our time” with scientists painting a grim picture of what will happen if countries do not adhere to self-policed climate commitments. Its features include unpredictable weather, rising temperatures and sea levels, more diseases, distressed farm lands, reduced agricultural yield, more intense and more frequent natural disasters and deepening poverty.

While this has motivated some countries to pioneer efforts to reduce their carbon footprint with laws, eco-friendly technologies and environmentally conscious lifestyle initiatives, others have instead backtracked on their commitments and/or argued that development necessitates temporary pollution.

However, there is another equally worrisome threat that has emerged over the last few decades, that – if left unchecked – could disrupt the marine ecosystem and leave over three billion people without food security and livelihoods: overexploitation.

In 1950, humans sustainably fished 22% of the available stock in the oceans. However, fishing has since become more than just a source of nutrition. It has become an industry fattened on advances in fishing technology and investments.

Radar and sonar accurately guide boats and ships towards already depleted fish stocks. Enormous factory ships allow large catches to be frozen while still at sea, allowing ships to travel great distances in search of fishing grounds. Commercial fishing increasingly turned to species previously regarded as unprofitable, of poor quality or unfit for consumption. As a result, by 2014, only 17% of the world’s fish stocks were considered to be ‘developing’.

Today, the Food and Agriculture Organisation estimates that around 90% of fish stocks are overfished, fully exploited or depleted; marine ecosystems around the world have been left completely disrupted and many species rendered extinct. This also means fishers have to, and do, venture farther into the sea, and prepare to return with much less catch than they did from areas closer to the shore just a few decades ago.

One of the most straightforward causes of this crisis is that human population quadrupled from 1.5 billion in 1900 to 6.1 billion in 2000, bringing with it a burgeoning demand for seafood. This further stiffened competition between fishers, and some resorted to destructive fishing practices to meet demand.

The invention of trawling is notable here. Trawling is the process by which a fishing net, attached to one or two boats, is swept through the water to trap everything in its path, including many species of fish and other sea creatures – collectively called bycatch – that are discarded later. By one estimate, bycatch makes up as much as 40% of the global catch.

Another major cause is the increasing purchasing power of consumers. The FAO has found that as income increases, consumers tend to spend more on animal proteins like seafood. They’re also becoming more aware of the nutritional benefits of seafood, especially as an important source of proteins, vitamins and omega-3 fatty acids. Effectively, as the middle class grows, their disposable income increases and they become more health-conscious, demand for seafood increases, making fishing a lucrative industry. Fishers respond to this demand by wading deeper into the ocean.

Adding to these causes is the fact that fish is a common resource. Since any catch becomes a fisher’s asset, the more he is able to catch, the greater the individual benefit to him. Additionally, state subsidies reduce fishers’ operating costs, who then continue to fish even when the direct costs of the fishing effort have exceeded the value of the yield.

This is a tragedy because the system has provided for the pursuit of individual happiness in a shared-resource setting to effectively supersede the needs of the collective. And although Elinor Ostrom, the American political economist, had presented in a 2015 book that we could avoid this ‘tragedy of the commons’ by having local communities manage common resources, they still wouldn’t be able to match the current scale at which commercial fisheries operate.

Not all is lost, however. Governments around the world have devised a number of legal instruments to address overexploitation. These include territorial use-rights in fisheries, limiting the amount of allowable catch, instituting landing fees, recording the maximum sustainable yield (i.e. the maximum annual catch that can be taken from a species’ stock over an indefinite period) and building marine protected areas.

Biologists and environmental activists have also been floating awareness campaigns to reduce consumer demand, and some regulators have started certifying sustainable fishery products as such.

However, these laws and initiatives haven’t been implemented and/or enforced properly, and illegal, unreported and unregulated fishing continues to obstruct efforts to conserve and maintain sustainable stocks.

Also read: Making a Meal of Invasive Species Can Sometimes be a Prickly Issue

According to a peer-reviewed study published in February this year, the global demand for seafood was 143.8 million tonnes per year by 2016 and that in 2014 alone, each human consumed about 22.3 kg. In the coming decades, these numbers will only climb, further straining the fish stock. If we’re ever going to achieve long-term global sustainability, fisheries will have to revisit their management practices as well as their catch targets.

Many of the best practices are context-specific, so local knowledge and expertise should be taken into account. Many consumers will need to change how they eat so that their collective demand remains sustainable. In other words, they won’t have to give up on seafood as much as adopt choices that are ocean-friendly. Many local initiatives even raise awareness on what seafood is best eaten in different seasons, leading to fewer fish being caught during the breeding season.

However, if we don’t curb overexploitation, the climate catastrophe won’t be the only thing endangering the food security and livelihoods of half of all people. Overfishing and overexploitation will do that too, creating ghost oceans emptied of biodiversity.

Tanya Koshy is a communications specialist and researcher at Dakshin Foundation, interested in all things related to sustainable development and social justice. The views expressed in this article are personal.