In Chhattisgarh, Adani's Coal Mine Leaves a Village Parched This Monsoon

Villagers say mining operations have depleted the ground water around them and that the company has failed to fulfil its promise of ensuring permanent supply, leaving them with water that is insufficient and dirty. 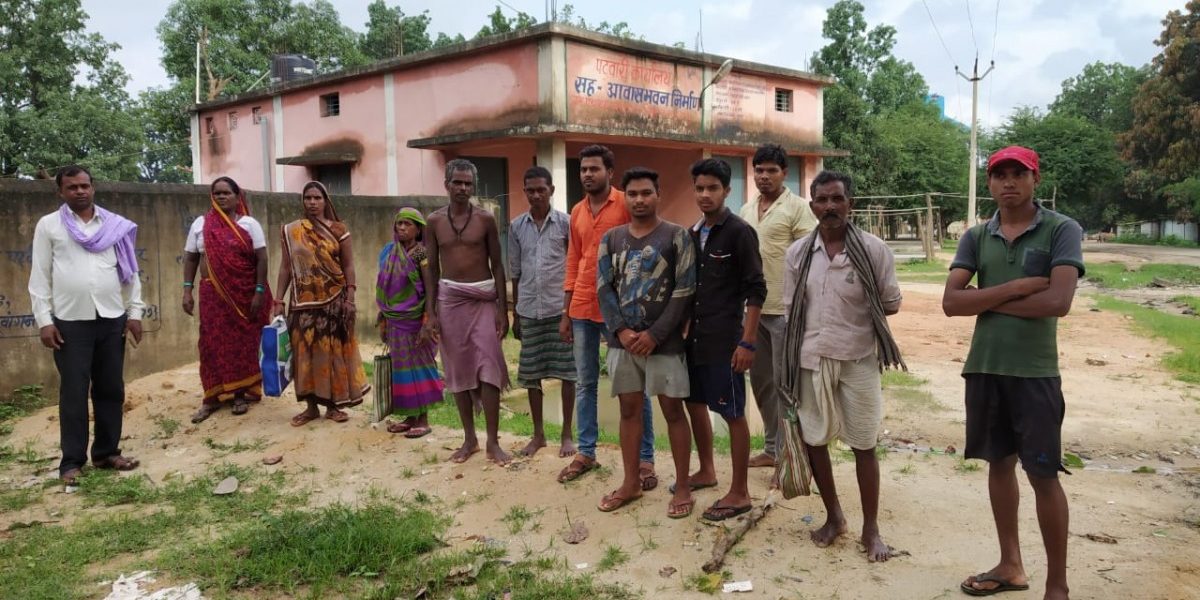 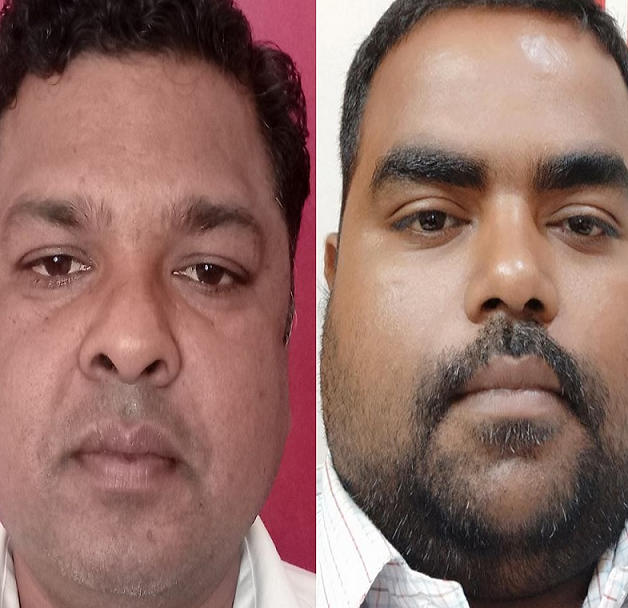 Parsa, Chhattisgarh: Banmati, a middle-aged woman from Parsa village in Udaipur block, Chhattisgarh, looks distraught. She has not had safe drinking water for the last three days. But she is not the only one facing water shortage. The entire village has had to rely on brown, muddy water that comes from a village borewell. “There is no water in the village, and we are struggling to survive without any water to drink,” Banmati said. “We suffered a lot even during the summer. The village has only one hand pump, and that is also not working.” People gathered at the gram panchat in Parsa nodded as Banmati told her story, confirming that the water supply had in fact stopped.

The villagers have seen two deaths in the past one week. Son Sai and Amar Dev Yadav, who was was Banmati’s brother, both operated the water delivery service on behalf of the Adani mining company. The cause of their deaths is unknown as yet, and this has caused distress and anger among the villagers.

But why are the villagers of Parsa, living as they are amidst dense forests in Chhattisgarh, dependent on a mining company for their drinking water in the first place?

Situated close to the Parsa East & Kenta Basen (PEKB) block, the village of Parsa is facing the environmental consequences of coal mining.

On June 22, 2011, the forest advisory committee (FAC) of the Union environment ministry came up with a report that the PEKB block – a part of the Hasdeo-Arand coal fields in South Surguja Forest Division – should not be opened for mining. However, the very next day, the then minister of state for environment and forests (MOEF) [independent charge] Jairam Ramesh issued approval for forest clearance, overriding the recommendations of the FAC.

The ministry argued that these forests were located in the ‘fringe’ areas and thus posed no danger to biodiversity. Incidentally, the South Surguja Forest Division itself has officially listed 29 species of fish, 14 species of reptiles, 111 species of birds, 34 species of mammals, 51 species of medicinal plants, 86 species of trees, 38 species of shrubs and 19 species of herbs.

Subsequently, the National Green Tribunal in a detailed judgment (Appeal No. 73/2012) ruled that the FAC had not studied the issue exhaustively to begin with and that the MoEF should look at a revised FAC report and then pass a ‘reasoned order’. Mining was ordered to be suspended until the entire matter was reconsidered.

The Chhattisgarh government, with support from the Centre, made further efforts to enable exploitation of the PEKB block through an order passed on March 28, 2012. In 2013, the Adani Group’s subsidiary, Adani Mining, started extracting coal from PEKB. The mine is owned by the Rajasthan Rajya Vidyut Utpadan Nigam Ltd (RRVUNL), i.e. the Rajasthan State Electricity Board. Adani Mining is a mine developer-cum-operator (MDO) and has a capital outlay of Rs. 3,000 crore for this Chhattisgarh block. The block has reserves of over 450 million tonnes of coal and currently yields about 15 million tonnes a year. These are just the official figures. Local activists speculate that the real number may be much higher.

As per plans, the surrounding areas were to be exploited for subsequent phases of mining. However, the Supreme Court ordered suspension of the mining operations for the PEKB block (Civil Appeal No. 4395 of 2014) in 2014. The Supreme Court also ordered cancellation of 214 of the total 218 licenses in September 2014. In Cotober 2014, 20 village councils from the districts of Surguja, Korba and Raigarh passed resolutions against mining in the KEPB block, although the Parsa gram panchayat was not one of them. The newly elected Narendra Modi government then bypassed this cancellation through the Coal Mines (Special Provision) Ordinance in December 2014.

Since then, according to villagers, it has taken just two to three years for the mining process to completely eliminate the ground water in their vicinity. When the ooperations began, Adani Mining – which the villagers refer simply to as ‘the company’ – had promised to build a water tank to ensure permanent and consistent water supply. However, the Adani Group now provides water through three borewells that deliver water on a daily basis through a series of pipes and valves that are installed across the village. The people of Parsa are completely dependent on the company for their daily drinking water needs. 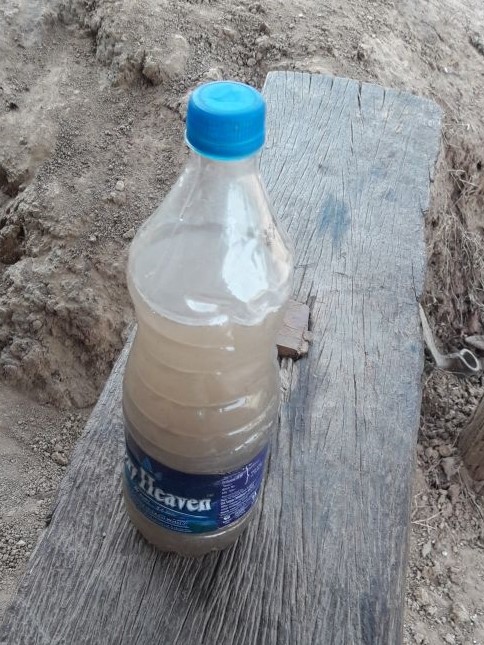 The water the villagers get is non-potable. Credit: Lalan Singh and Kranti Kumar Rawat.

The water delivery infrastructure the villagers showed to reporters is shoddily installed and vulnerable to a breakdown. The villagers claimed that when someone from one part of the village submits a complaint, the water supply from another part of the village is diverted temporarily. Officials from the company then visit the complainant’s house, ask them to run the tap and take photos. They use the photos as ‘evidence’ to claim that villagers are filing false complaints. As the supply gets diverted and divided amongst the villagers, no one in the village has consistent and regular access to water.

Assistant general manager of Adani Enterprises, A.K. Rai, however, claimed that there is sufficient water for the village and that there are no problems in the infrastructure. “The handover of water provision to the gram panchayat was supposed to take place a year and a half ago, but they have not agreed to assume their responsibilities. The villagers instead break the valves and then issue complaints. The gram panchayat should now assume responsibility for the water delivery system,” he said.

The distraught villagers have now begun taking their ire out on the gram panchayat leaders, asking them to ensure that drinking water be made available. The panchayat leadership, once persuaded by the rhetoric of mining-led development, has now reached a breaking point since they receive constant calls from company officials asking them to ‘take over’ the provision of water supply.

Uma Shankar Yadav, deputy president (up-sarpanch) of the panchayat of Parsa, said, “I received a call from K.K. Dubey, a senior employee of the company. After letting us down, he is now saying that we should take care of our own water supply. He says that the company cannot continue to provide us with water forever. How are we supposed to provide our people with water when the mines have destroyed all the water under the ground? We will not take responsibility for the water unless they build a water tank for this village like they initially promised.”

The denial of constant supply of drinking water only brought to the surface the latent discontent and anger of the villagers. They were promised jobs at the factory but were late to realise that the jobs would be in accordance with their ‘capacities’. Geeta Bai, who had to part with her land, found herself tasked with cleaning toilets at the company. When she refused to take up the task, she was given a set of other menial tasks. She asks, “Is this why I gave my land to this company? So that I can clean their toilets?”

The company has reserved the princely sum of five rupees per tonne of coal extracted as Corporate Social Responsibility. Some of this money is used to run a school in the village. While the villagers have no complaints about the running of the school itself, they complain that many of their children are often denied admission on the grounds that there are not enough seats, or that all seats have been filled up. Many have also been told that their students are not competent enough to gain admission.

Parsa residents have already started to suffer the consequences of being situated next to the coal mine. During public hearings held in September 2016, almost all the villagers, including the gram panchayat leadership, agreed to support the mining. Today they fear that in the near future, they will inevitably be evicted and ‘rehabilitated’ to a new location. But even that is a secondary concern. For the moment, what they say they want urgently is clean water from Adani Mining.