How a Warming Himalaya Will Affect the Monsoons

"Large mountains heat up so much that – like a pump – they suck moisture from the ocean. That is what we know as the monsoons." 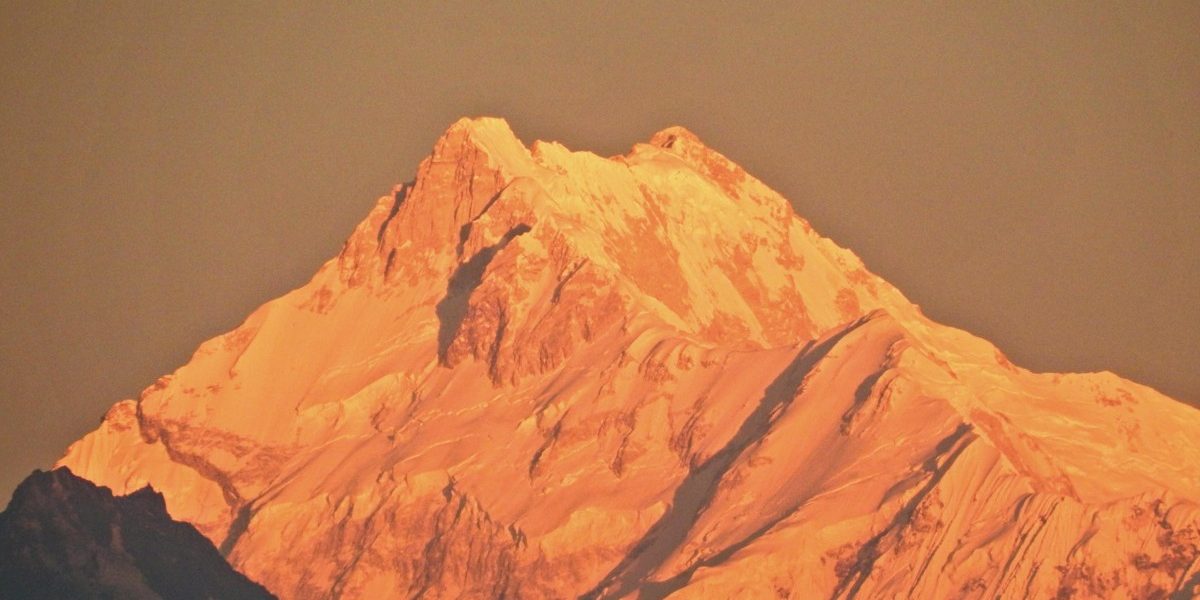 Kathmandu: Arun Bhakta Shrestha is a senior scientist at the International Centre for Integrated Mountain Development, Nepal. He has studied the impact of climate change in the Hindu Kush Himalaya (HKH) region over several years.

On the sidelines of an intergovernmental conference on cooperation among HKH countries, The Wire spoke to Shrestha about the science of climate change, its impact in the mountains, the shifting monsoon and how governments should respond.

Why is it important to look at the Hindu Kush and Himalayas together?

Hindu Kush, Himalaya, Karakoram and Tibetan Plateau is one entity. You can divide these into sub-regions but basically it’s one entity formed due to one process, within South and Central Asia. So there have a lot in common and the drivers are also quite common, starting from the climate itself. This mountain region actually controls the climate over the year, which is now changing.

How does it control the climate?

The whole monsoon system exists because of the mountains. This orographic rainfall and the thermal contrast between the land and the sea is a basic physical mechanism that drives atmospheric circulation. This in turn brings moisture from the ocean to the land. It happens everywhere but here we have this massive mountain that’s like a heat pump. It heats up so significantly that – like a pump – it sucks moisture from the ocean and that is what we know as the monsoons.

When the monsoon wind hits the mountains, it rains. The wind is lifted up, cools, condensates and drops down as rain and snow. So that is how the glaciers are formed. That is how the snow cover is formed and that’s why rivers are there.

And that’s why there are so many people and so much biodiversity here. It’s the mountain that creates this environment. But because of the changes happening, the mountains are under pressure. Climate change is causing glaciers to melt, reducing snow cover, depleting water and diminishing the biodiversity. The people are also interfering with the environment, causing deforestation, etc.

How is climate change impacting the HKH region specifically?

We have found that the HKH area is changing quite dramatically and it’s likely to continue. The warming rate is quite high, and the higher you go, the faster it warms. 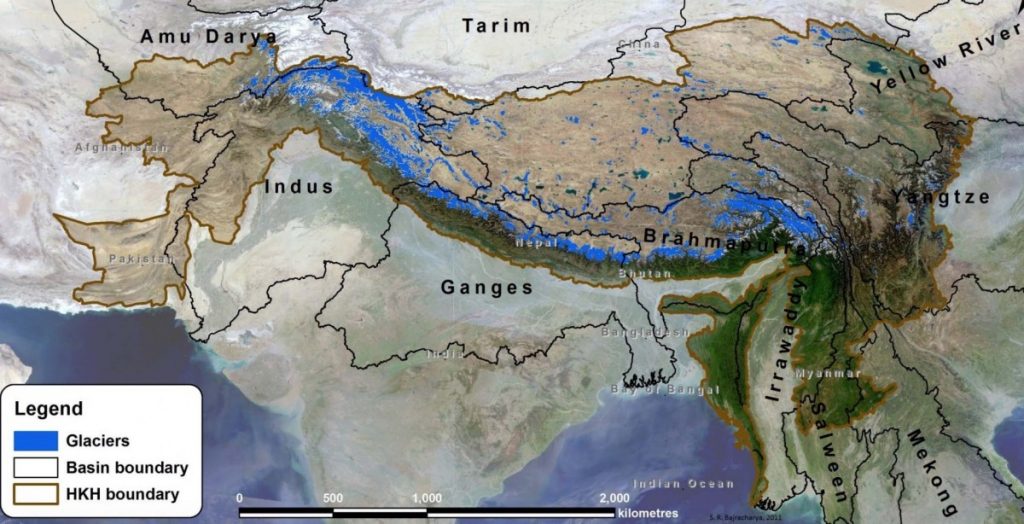 Have we been able to put a number on the warming rate?

I don’t think it’s good to specify a warming rate because what you can really say is that it is either comparable with or it exceeds the global average. Mountain areas tend to warm faster than low-lying lands, so a global surface temperature increase of 1.5º C could mean a greater temperature increase in the mountains.

And much of it has already happened. The warming is continuing.

So that will also mean that certain kinds of impact have already happened?

Yes. There are clear examples of shrinking like glaciers, falling snow cover, biodiversity, etc. With some of them, it’s a bit difficult to say whether the reason is the climate or if it’s because of some other anthropogenic cause. With some others, it’s clear. The glaciers are shrinking 100% because of climate change. And then we also see elevation-dependent warming at higher altitudes.

Why is warming faster in the higher altitudes?

That is something we need to study. We don’t know why.

Scientifically speaking, it’s a positive feedback mechanism. Something happens and it creates a reason to accelerate the process. So it’s like a vicious circle, like desertification. You deforest, which causes desertification and desertification actually causes more deforestation.

So something similar happens with glaciers?

Yeah, the glaciers actually play a modulating role in different ways, including containing the solar radiation coming to Earth. So without glaciers, it would be just rock, which absorbs more heat. That can promote further warming. So more temperature, less glacier; less glacier, more temperature. That’s a hypothesis but we don’t know if that’s how it happens.

Some studies (such as this and this) have suggested that since moisture levels are lower at higher altitudes, the warming impact is higher. Do you agree?

Right! All I can say is these are hypotheses and there’s no strong evidence-based suggestion right now.

So how does the Karakoram anomaly fit here?

[Editor’s note: Certain glaciers in the Karakoram range aren’t losing mass despite climate change, while all other glaciers in the world continue to recede at a rapid pace. This is the anomaly.]

It’s called an anomaly because it only happens in that place. If it happened everywhere, it wouldn’t be anomalous. In Karakoram, it has been found that some glaciers are expanding. Now, that is also happening in the Pamir area.

The latest developments suggest that the frequency of westerly winds that bring the winter snowfall is probably increasing. So at higher altitudes, more snow is being accumulated, and glaciers are expanding. But why is it happening only to certain glaciers and not others? That’s one question. So it is something to be investigated further. What is also important is the impact of this anomaly.

How has climate change impacted the monsoon?

The monsoon is changing. In the past, it was not very clear because of scant data. In the future, projections say that there will be more rainfall and more erratic rainfall – which means intense rainfall as well as droughts. So that is even more problematic: a lot of rain concentrated in a short period can cause floods and droughts.

Yes, that kind of thing, but Kedarnath was a combination of many different things. It was a natural phenomenon but it also combined with poor preparedness, poorly planned infrastructure, overcrowding, etc., to worsen.

But the rainfall itself was because of this phenomenon?

We have also seen droughts followed by floods or droughts next to areas where we see floods in the recent past. Is that a consequence of climate change?

Climate change alters the prevailing phenomena but makes them more frequent, more intensive, including droughts and floods. It also has contrasting effects.

Do we have evidence to attribute that to climate change?

It is very difficult as of now but projections based on all the evidence actually tell that these are the kinds of effects one would experience.

So these things will definitely happen?

Yeah, and more and more in the future. Climate change will the impact lives and livelihoods of millions of people in the HKH region.

What do you think governments should be doing to deal with this? Is there something that they should do first?

There are two things: adaptation and mitigation, and both are important. Adaptation is mandatory because even if mitigation happens, there will be changes, and we’ll have no choice but to adapt. But in the longer term, adaptation alone will not help. There’s a need to control the warming rate and the only way to do that is to limit the emission of greenhouse gases.

Within the HKH region, governments can do a lot of things. There are big emitters in the region like China and India. So to go cleaner is one way.

Smaller countries can also reduce their pollutant and greenhouse-gas emissions. A lot of those pollutants are important from the air-quality and global warming points of view both. They also act as warming agents. Reducing pollutants can actually have immediate impact but it will not be long-term.

In the long term, you really need to reduce greenhouse-gas emissions. It would probably be good if the mountainous countries could work together to become carbon neutral in the next 25-30 years. And carbon neutral doesn’t have to mean bad news for the economy. I think becoming carbon neutral can actually be positive to economies, and it will be sustainable.