The new Indian law requires the five Indian firms that produce HCFC-22 to capture and burn HFC-23 and eliminate its release into the atmosphere. 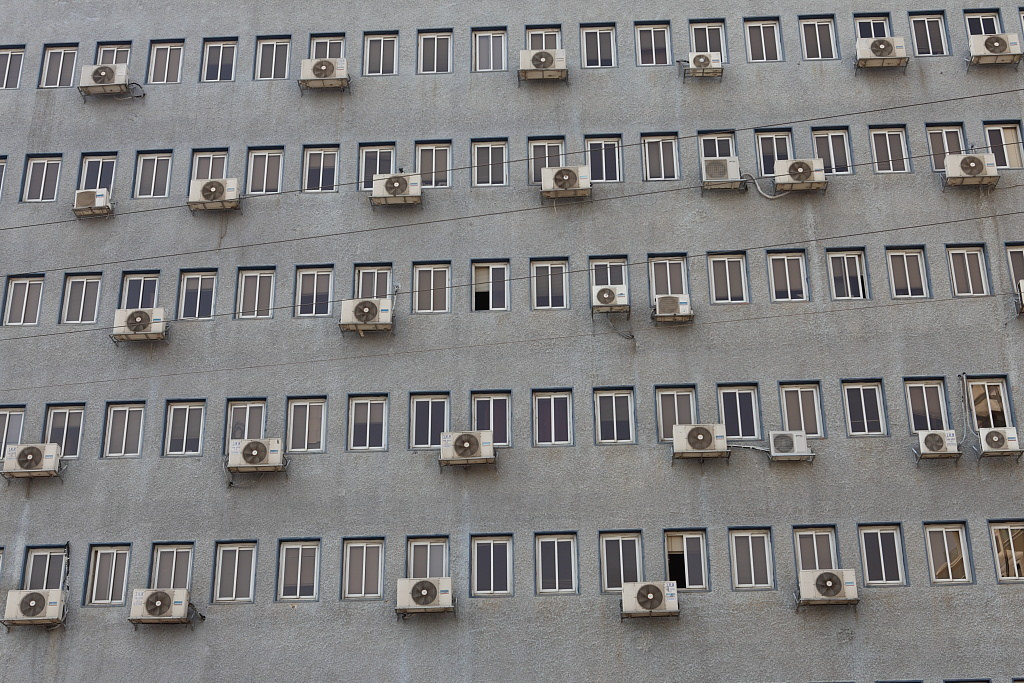 HFC-23 is a by-product of HCFC-22, which is used in refrigeration and air conditioning. It has a global warming potential 14,800 times more than that of carbon dioxide. Credit: zeevveez/Flickr, CC BY 2.0

In a display of climate-friendly intent, India said at an international meeting on October 13 that it has enacted a law to stop emissions of HFC-23, a gas that is thousands of times more harmful than carbon dioxide in heating up the planet.

The announcement was made by India’s environment minister Anil Madhav Dave, who is in Kigali, Rwanda, to attend a high-level meeting on the Montreal Protocol, an international treaty designed to protect the earth’s ozone layer. HFC-23 is a by-product of HCFC-22, which is used in refrigeration and air conditioning. This variant of hydrofluorocarbon (HFC) has a global warming potential 14,800 times more than that of carbon dioxide.

The new Indian law requires the five Indian firms that produce HCFC-22 to capture and burn HFC-23 and eliminate its release into the atmosphere. It will potentially avoid emissions of HFC-23 equivalent to 100 million tonne of carbon dioxide over the next 15 years.

In the current negotiations at Kigali on phasing out HFCs, some developing countries, including China, have demanded financial support from developed countries for incineration of HFC-23. However, India has now clearly said it will eliminate HFC-23 regardless of help from developed economies.

The announcement comes days after a global pact on aviation emissions in Montreal, Canada, where India voiced strong reservations about any market-based measure of carbon offsets. India said such a measure would increase costs for developing countries and reduce accountability of historically more polluting nations.

India, the world’s third-largest carbon emitter, has been taking more steps to battle climate change. On October 2, the Narendra Modi government ratified the Paris Agreement, which aims to limit the rise in global warming to “well below” two degrees celsius. The agreement will come into force on November 4.

“With this domestic legislation to control the emissions of HFC-23, India is sending a strong signal to the world that it is serious about the climate change issue,” Chandra Bhushan, deputy director general of Centre for Science and Environment (CSE), a New Delhi-based think tank, said in a statement from Kigali.

The five Indian companies, along with 19 other firms mainly in China, have earlier received funds to set up incinerators under the Clean Development Mechanism (CDM). During 2007-2013, they destroyed the gas and sold the carbon credits to developed countries. Since the collapse of the global CDM market, the levels of HFC-23 in the atmosphere have increased.

In a business-as-usual scenario, global HCFC-22 manufacturing units will release more than two billion tonne of carbon dioxide equivalent of HFC-23 into the atmosphere by 2020, according to CSE. Most of this release will happen in China. Under the new legislation in India, the five domestic firms have to now bear the costs of incineration.

Signatories to the 1989 Montreal Protocol on substances that deplete the ozone Layer are meeting in Kigali to reduce and eliminate the use of HFCs. This could potentially prevent the release of as much as 100-200 billion tons of climate-changing emissions by 2050. It would be enough to take the world a quarter of the way towards achieving the two-degrees Celsius global-warming target set by the December 2015 Paris Agreement.

“The drive to phase down HFCs cannot be complete without all major countries rallying around a strong agreement that rapidly curbs these supercharged climate pollutants,” Anjali Jaiswal, India Initiative Director at Natural Resources Defence Council, an advocacy group, had said in an earlier statement.

This article was originally published on India Climate Dialogue.