Environmentalists say Haryana’s tack seeks to liberate 20,000 acres of land in the Aravalli for construction activity. 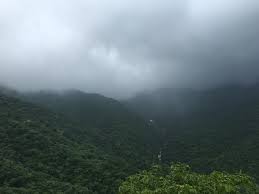 New Delhi: The Haryana government’s attempts to redefine the Aravalli hills and open up nearly 20,000 acres of land in Faridabad for ‘development’ activities run contrary to previous Supreme Court orders, legal and environmental experts have said.

The committee met on August 9 for “ground-truthing of [natural conservation zone] NCZ in Haryana Sub-Region of National Capital Region”. It asked officials to identify areas in the Aravalli on the basis of a 1992 notification of the Union environment ministry that overlapped with parts of the old Gurgaon district. It insisted that revenue records only identify a “gair mumkin pahar” and don’t say “Aravalli”.

The committee’s perspective on the Aravalli has triggered widespread concerns that the move is an attempt to open vast tracts of forest land for construction activity. Indeed, the decision will impact 9,357 ha of land in Faridabad, 22,607 ha in Mahendragarh and 3,369 hectares in Palwal. Palwal was part of the NCZ and was identified as “gair mumkin pahar” in official records.

In the committee’s words: “It was observed that the [environment ministry], being the only legally competent authority, has rightly in its wisdom issued notification (in 1992) … for the then Gurgaon and Alwar districts only. Moreover, in case the said Ministry at any stage considers it appropriate to include other districts also under Aravalli notification, then the same may be done by said authority…”

Its observations aren’t yet final, but its argumentative tack has irked environmentalists, who find it devious.

“In a nutshell, what Haryana is claiming now is that in their revenue records there is nothing called ‘Aravalli’,” Chetan Agarwal, an independent forest analyst, told The Wire. “It is saying that its revenue records only have ‘uncultivable hilly areas’, and some districts have been treating such areas as the Aravalli for the purpose of identifying the NCZ, which is a zoning category in the regional plan.”

Agarwal said if the state government’s stand prevails, the status of nearly 20,000 acres of the Aravalli will exit the NCZ classification. This is important: at present, only 0.5% of any land that’s part of an NCZ can be built on. Outside this zone, all the land will become available to build on.

According to Agarwal, the NCR Planning Board held a special meeting in December 2016 to discuss definitions of the Aravalli hills. Its members decided that “a meeting shall be convened by [the Ministry of Urban Development] with [the environment ministry] to resolve the issues related to definition of forests and Aravalli hills at the earliest”.

Also read: Kejriwal Has a New Winter Pollution Plan for Delhi. It Should Focus More on Cutting Emissions.

The meeting minutes also recorded the additional chief secretary (town and country planning department) of Haryana referring to zoning regulations stipulated in the 2021 Regional Plan, notified in 2005. According to these regulations, activities permitted in the NCZ are:

“1) agriculture and horticulture; 2) pisciculture; 3) social forestry/plantations including afforestation; and 4) regional recreational activities with no construction exceeding 0.5 per cent of the area with the permission of the competent authority.”

“Earlier, they tried to get rid of the 0.5% rule through the zoning process, and when that did not work, they tried to use this process, of defining the Aravalli, to alter the landscape,” Agarwal said.

But since the Supreme Court ruled in 2009 that the government has to protect the Aravalli and stop mining activities in Faridabad, Agarwal added, “it remains to be seen what the implications of this latest move by the Haryana government will be”.

“Whether it is the Aravalli or not, all these 8000 ha qualify under the definition of ‘forest’ as per Supreme Court orders and under the dictionary meaning,” he told The Wire. “Therefore, no non-forest activity is permissible unless they follow the provisions of the Forest Conservation Act.”

Dutta also said the state of Haryana is yet to complete the exercise of defining and marking forest land according to the apex court’s 1996 judgment in T.N. Godavarman Thirumulpad v. Union Of India. Excerpt:

“The Forest Conservation Act 1980 was enacted with a view to check further deforestation, which ultimately results in ecological imbalance; and therefore, the provisions made therein for the conservation of forests and fore matters connected therewith must apply to all forests irrespective of the nature of ownership or classification thereof. The word ‘forest’ must be understood according to its dictionary meaning. This description covers all statutorily recognised forests, whether designated as reserved, protected or otherwise for the purpose of Section 2(i) of the Forest Conservation Act.”

“For them to now say” that the terms of the verdict are “not applicable is completely contrary to all Supreme Court orders” as well as “the decision of the NCR Planning Board,” Dutta said. That meeting, in his telling, clearly said that these are ‘forests’ in the dictionary meaning.

So “it doesn’t matter if it is Faridabad or Gurugram – as long as the land comes under the definition of ‘forests’, it will be treated as a protected area.”

Instead, he called the committee’s approach faulty. “They are confining themselves to a very limited understanding under the 1992 notification, which says that the Aravalli is one [range] – that it starts from Alwar and goes up to Gurugram,” Dutta explained. “Now, the fact is that for natural entities you don’t need a notification, and the government must understand this.”

That is, there is no notification saying ‘this is the Himalaya’ or ‘this is the Brahmaputra’. And for the government to turn up now and claim the revenue records don’t say ‘this is the Aravalli’ “is a very wrong interpretation”.

He said he expects the committee’s decision will come up for, and probably won’t survive, legal scrutiny, especially since the forest department hasn’t budged from its position that the land in question is a ‘forest’ in the regular sense.

“They are trying to find a way out, which, on the face of it, is completely illegal and contrary to the Supreme Court’s orders,” Dutta said. “Just because they have not conducted the exercise to identify forests does not mean that the area does not have forests.”

Note: This article has been edited since publication to change Chetan Agarwal’s descriptor.