Temperatures to Increase by 1.5 Degrees Celsius by 2030: UN Report

There has already been a rise of 1°C since the mid-1800s as industrialisation lifted emissions of carbon dioxide, the main greenhouse gas blamed for climate change.

London/Seoul: Temperatures are likely to rise by 1.5 degrees Celsius between 2030 and 2052 if global warming continues at its current pace and if the world fails to take rapid and unprecedented measures to stem the increase, a UN report said on Monday.

The UN Intergovernmental Panel on Climate Change (IPCC) met last week in Incheon, South Korea to finalise the report, prepared at the request of governments in 2015 when a global pact to tackle climate change was agreed.

The report is seen as the main scientific guide for government policymakers on how to implement the 2015 Paris Agreement.

The Paris pact aims to limit global average temperature rise to “well below” 2°C above pre-industrial levels, while seeking to tighten the goal to 1.5°C.

There has already been a rise of 1°C since the mid-1800s as industrialisation lifted emissions of carbon dioxide (CO2), the main greenhouse gas blamed for climate change.

A rise of 1.5°C would still carry climate-related risks for nature and mankind but the risks would be lower than a rise of 2°C, the report summary said. 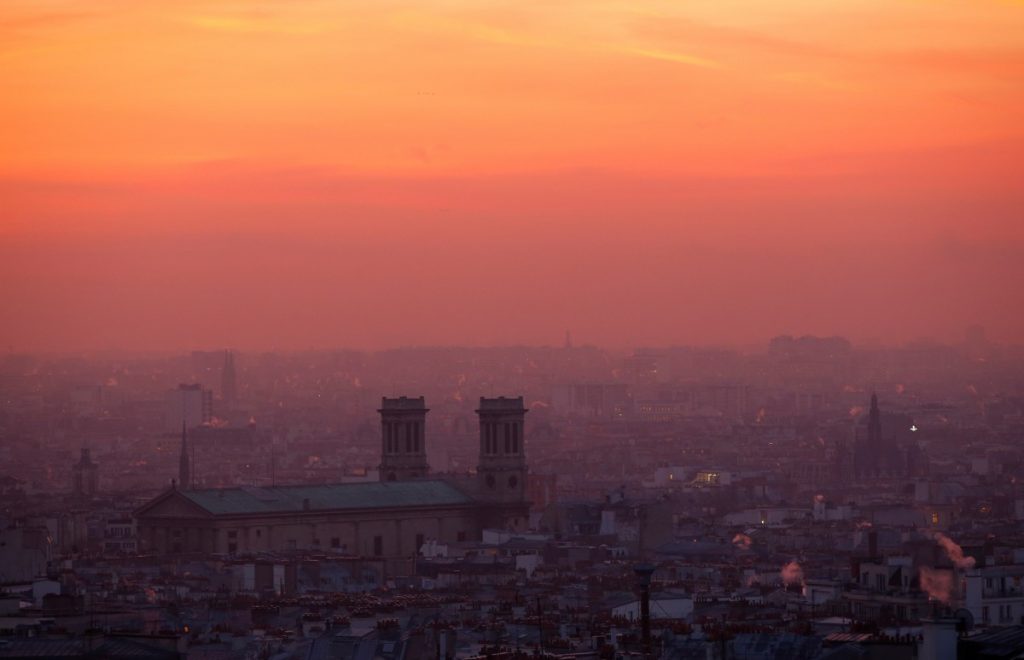 A small-particle haze hangs above the skyline in Paris, France, December 9, 2016 as the City of Light experienced the worst air pollution in a decade. Credit: Reuters/Gonzalo Fuentes

Meeting the 1.5°C limit required “rapid, far-reaching and unprecedented” change in land and energy use, industry, buildings, transport and cities, it said, adding temperatures would be 1.5°C higher between 2030 and 2052 at the current pace.

The targets agreed in Paris on cutting emissions would not be enough even if there were larger and more ambitious cuts after 2030, it said.

To contain warming at 1.5°C, man-made global net carbon dioxide emissions would need to fall by about 45% by 2030 from 2010 levels and reach “net zero” by mid-century. Any additional emissions would require removing CO2 from the air.

“Limiting warming to 1.5°C is possible within the laws of chemistry and physics but doing so would require unprecedented changes,” said Jim Skea, co-chair of the IPCC working group which assesses climate change mitigation.

Using carbon capture and storage (CCS) technology, the share of gas-fired power would need to be cut to 8% and coal to between 0 and 2%. There was no mention of oil in this context in the summary.

If the average global temperature temporarily exceeded 1.5°C, additional carbon removal techniques would be required to return warming to below 1.5°C by 2100.

But the report said the efficacy of measures, such as planting forests, bioenergy use or capturing and storing CO2, were unproven at a large scale and carried some risks.

Steps like reflecting incoming solar radiation back into space were not assessed because of the uncertainties about using such technology, the report said.

It said keeping the rise in temperature to 1.5°C would mean sea levels by 2100 would be 10 cm lower than if the warming was 2°C, the likelihood of an Arctic Ocean free of sea ice in summer would be once per century not at least once a decade, and coral reefs would decline by 70-90% instead of being virtually wiped out.

“The report shows that we only have the slimmest of opportunities remaining to avoid unthinkable damage to the climate system that supports life as we know it,” said Amjad Abdulla, the IPCC board member and chief negotiator for the alliance of small island states. 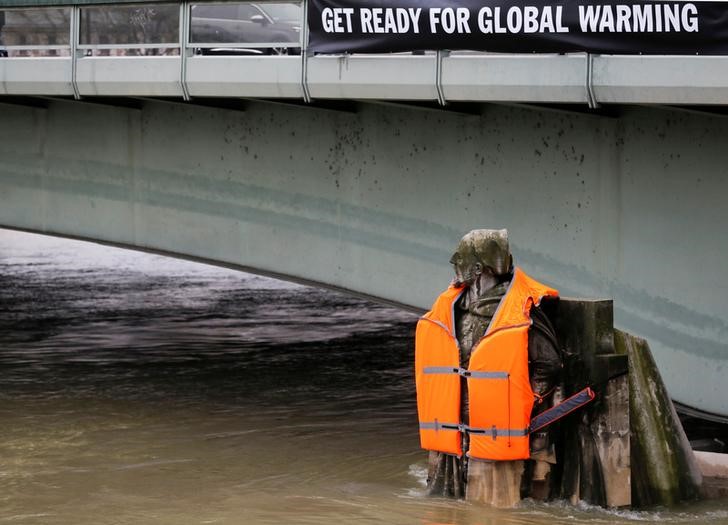 A banner hangs from the Pont d’Alma bridge with the message, “Get Ready for Global Warming”, above the Zouave soldier statue that wears a life vest as high waters from rain continues to cause the Seine River to overflow its banks, in Paris, France, February 4, 2018. Credit: Reuters/Regis Duvignau

What is the IPCC?

The IPCC is the world’s leading body for assessing the science related to climate change, its impacts, potential future risks and possible response options.

It was established in 1998 by the UN Environment Programme and the World Meteorological Organisation to provide policymakers with scientific assessments on climate change. It has 195 member states.

The IPCC’s previous report, called the Fifth Assessment Synthesis Report (AR5), was completed at the end of 2014 and called for greenhouse gas emissions to be cut to zero by 2100 to limit the risk of irreversible damage from climate change.

Its next major synthesis report, AR6, will be finalised in the first half of 2022. There will also be two more special reports on oceans and land use next year.

What is the latest report about?

The summary for policymakers presents the main findings of the report, based on an assessment of all available scientific, technical and socio-economic research. It compares the impact of global warming of 1.5°C and 2°C.

The report was prepared by 91 authors and review editors from 40 countries. More than 6,000 scientific references are cited and there were 133 contributing authors. It also contains more than 42,000 expert and government review comments.

Writing of the report was led by three working groups – one to assess the physical scientific basis of climate change, the second to look at impacts, adaptation and vulnerability, and the third to assess climate change mitigation.