While a media report said that the Delhi police had now retracted the notice, the website still appears to be blocked. 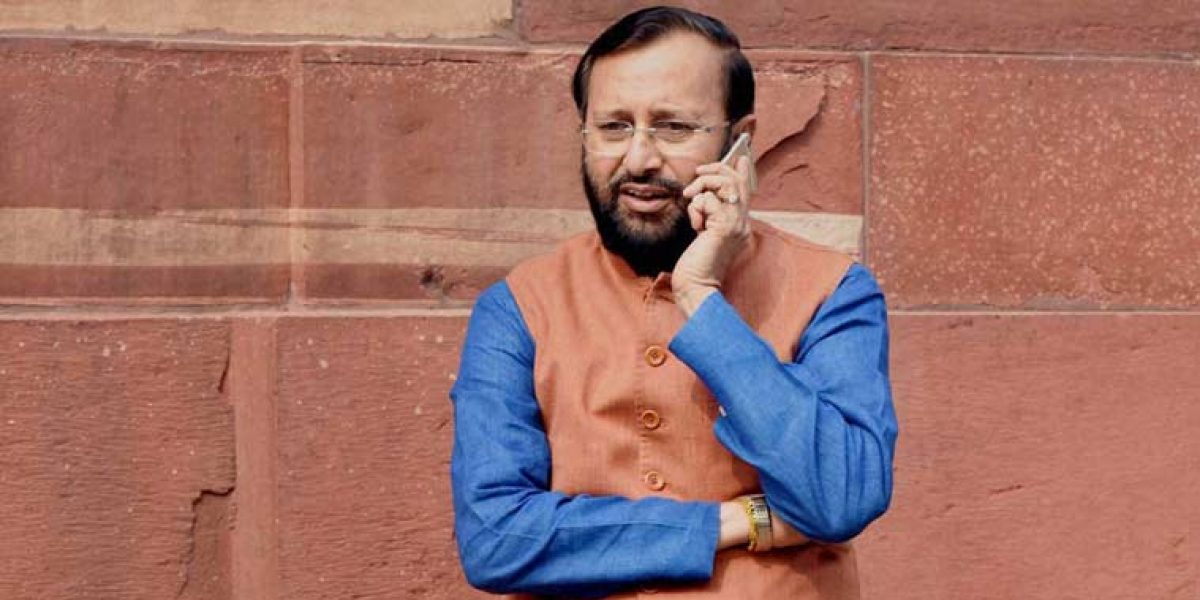 New Delhi: The Delhi police has blocked the website of a youth climate movement and described the contents of the website as “objectionable” and depicting an “unlawful or terrorist act”.

The action comes after a complaint by Union environment minister Prakash Javadekar and the notice orders the “alleged” website to be blocked. The notice goes on to say that the contents of the website [https://www.fridaysforfuture.in] are “dangerous for the peace, tranquility and sovereignty of the (sic) India.”

Fridays for Future India (FFI) is the India chapter of the global youth climate movement founded by Swedish teenage climate activist Greta Thunberg. Under the movement, school students across the globe skip classes on Friday and hold peaceful demonstrations to demand that world governments do more to curb greenhouse gas emissions in order to mitigate climate change.

According to the Delhi police’s notice, Javadekar had complained about receiving “multiple emails with the subject name similar to “EIA 2020.”

‘EIA’ refers to the draft Environment Impact Assessment notification 2020, which is a new set of environment clearance rules that was introduced by Javadekar’s ministry in March 2020. The changes could drastically change the way environment clearances are given for infrastructure projects such as highways, ports, airports, dams, thermal power plants, etc.

The Fridays for Future India had launched an online campaign to collect several representations against the alleged dilution of the EIA norms. Under the campaign, a template was prepared which individuals could use to send their own representation against ‘dilution of EIA norms’ in an email to Javadekar.

After “investigation” into the emails Javadekar received with subject “similar” to “EIA 2020”, the Delhi police found that “mainly” the Fridays for Future website was sending these emails. This, the Delhi police notice claims, could threaten “peace” and ‘sovereignty” of India.

In the July 8 notice, The Delhi police has also alleged that the website contained “religious hatred content/material” and said that the contents of the website and its action attract the imposition of Section 18 (conspiracy or attempt to commit terror act) of the Unlawful Activities (Prevention) Act (UAPA). The notice also cites relevant provisions of the IT Act 2000 to direct internet service providers to block the website.

Section 18 of the UAPA reads: “Whoever conspires or attempts to commit, or advocates, abets, advises or incites or knowingly facilitates the commission of, a terrorist act or any act preparatory to the commission of a terrorist act, shall be punishable with imprisonment for a term which shall not be less than five years but which may extend to imprisonment for life, and shall also be liable to fine.”

According to a Firstpost report on Thursday, however, Anyesh Roy, who signed the July 8 notice, said that issuing of the notice was “inadvertent” and charges under the draconian UAPA are not attracted.

“Notice was issued under a section that was not appropriate to the matter. And it was immediately withdrawn. The moment the issue got resolved, the notice was also withdrawn. Presently, if the website is not running, it is not because of us.” Roy told Firstpost.

The Wire tried to reach out to Roy, but our calls to the Delhi police official went unanswered. This story will be updated if and when a response is received.

Apar Gupta, who is advisor and legal counsel for Fridays for Future India, said that so far no communication about retraction has been received and the website remains blocked.

In their legal representation to the Delhi police, however, Fridays for Future India said that a “basic scrutiny” would show that no emails were sent from their website but from private email addresses of concerned citizens of India.

“Furthermore, the content that was available on the FFF website was only suggested text, subject to any modification that the sender of the email might so desire to make,” it said.

A Class 12 school student from Delhi, who has been associated with the movement for a year, told The Wire that he could not understand what has happened.

“I still cannot believe it. We have been accused of terrorism? The government asked for suggestions from the people of the country. We as responsible citizens sent our suggestions. What did we do wrong?” he said.

In the last month, law enforcement authorities also have taken action against at least two other environmental groups, Let India Breathe (LIB) and There Is No Earth B. Along with FFI, both have campaigned against the controversial draft EIA notification 2020.

In its statement put out earlier this month, LIB said that it noticed on June 29 that its domain was rendered inaccessible.

“After technical determination and extensive correspondence with our domain registrar we reasonably determined this was due to a hold on domain of http://LetIndiaBreathe.in placed by the National Internet Exchange of India (NIXI),” the group said in a statement.

“Today, the domain http://LetIndiaBreathe.in remains inaccessible for reasons not disclosed to us. We have not been informed why this was done, nor have we been given a chance to present our defence.” its statement, dated July 13, added.

At the time, several media reports quoted the CEO of NIXI, which falls under the IT ministry, as saying the agency had blocked only the LIB website alone on government orders.

“We only block a website after getting a government order,” NIXI CEO Sanjay Goel told one publication.

“We get orders from the Ministry of Electronics and Information Technology (MeitY), home ministry and others as well. Our business is to proliferate ‘.in’ websites, therefore more ‘.in’ websites only benefit us. We have very little discretion in such matters,” he said.

(With inputs from Anuj Srivas)

Update (July 24, 10:37 PM): In a clarification sent to The Wire on Friday night, NIXI confirmed that it had put a domain hold on letindiabreathe.in as per orders from Law Enforcement Agency. The agency also noted that no action had been taken on the domain fridaysforfuture.in.

As the Delhi Police notice embedded to the beginning of the article noted, it appears to be a block carried out by ISPs.