The FRA's provisions for collective forest rights provide a strong foundation for conservation, but agencies and actors have tried to alienate forest peoples from their rights. 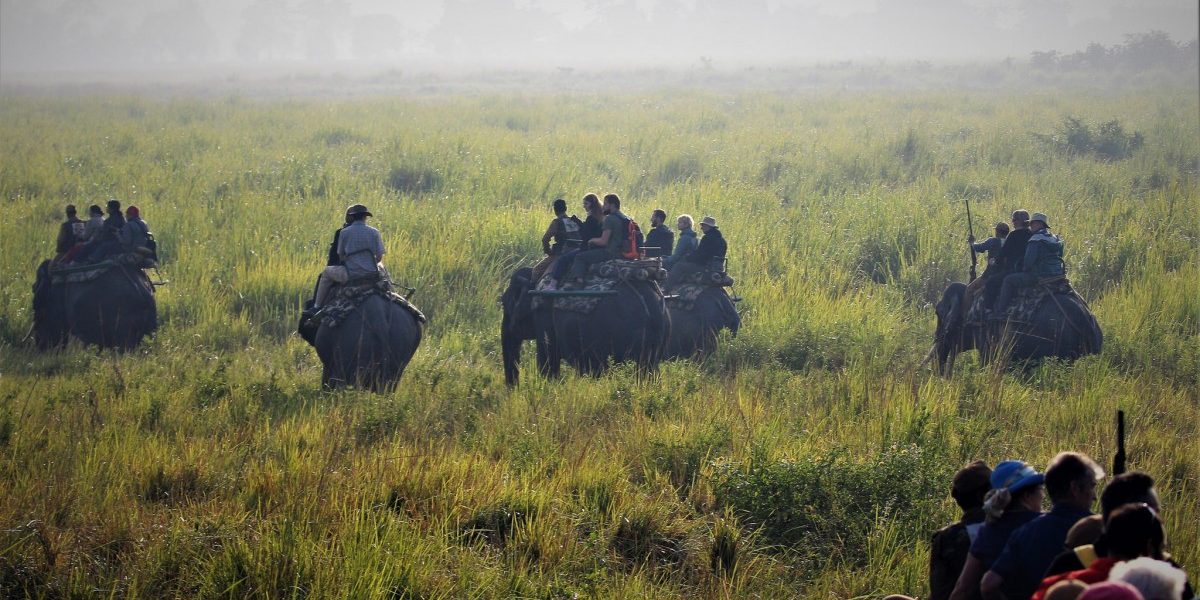 During field research in Kanha National Park, Adivasi villagers shared what sounded like a joke: they claimed that tigers chased and circled by tourist jeeps often ran out of the core zone of the national park to find refuge in the relative tranquility of neighbouring forest villages.

As it turned out, instead of being a joke, these villagers described the consequences of “tiger shows” in which mahouts working with trained elephants would locate and surround a tiger so that tourists who paid a premium could be brought for a sighting.

Some of these tiger shows, which ran for several hours every morning, meant tigers were “kept away from their cubs, a water body or their kill”. While the tiger shows were banned officially in 2012, frequent violations are likely, as evident from the promises that wildlife tourism operators make to the tourists.

There is significant evidence that wildlife tourism operations have at times hurt the goals of conservation. However, many ardent conservationists and wildlife officials have stood by the side of commercial interests in tourism. Advocates of the exclusionary model of conservation must answer for the conflicts of interest engendered by their financial stakes in the businesses of wildlife filming, writings, and tourism resorts. Despite claims to the contrary, commercially-driven models of exclusionary conservation have not helped the cause of ferae naturea.

A major share of responsibility for these failures, and the consequent conflicts, rests with the Ministry of Environment and Forests (MoEF) and the state forest departments. While it is well known that over 22% of India’s total landmass is designated as forests, what is less known is that the area legally designated as forests has gone up. Yes, you read that correctly, it has gone up by 30% since 1960.

Note that this increase is despite the large areas of forestland diverted to industrial and defence projects and those submerged under the dams. How did the Indian government secure the land needed to offset all of those losses and then add a third more to the land that the forestry agencies claim under their jurisdiction?

A study (by one of the authors) shows that much of that land was taken from the categories of land that were meant for redistribution to landless families or to be used as village commons. These are known variously as gauchar (pasture lands), village nistar lands and recorded as ‘culturalable wastelands’ in government land records.

India’s Adivasis and other rural communities have been deprived of their resource rights to bring increasingly large areas under the control of forestry agencies and protected areas so vaunted by the conservationists. However, forestry agencies have failed to be the good stewards of forestlands as shown by the numerous scandals surrounding the Green India Mission, compensatory afforestation and management and planning authority (CAMPA).

The forces inimical to the cause of wildlife conservation are a joint product of the destructive models of development, commercial tourism and corruption of the public sector. Adivasis and other forest-dependent people are the victims of the same forces.

Conservationists would benefit from building a viable model of co-existence wherein the rights of forest-dependent people are dovetailed with the goals of conservation. The Forest Rights Act (FRA) contains provisions for the development of scientifically determined criteria and demarcation of Critical Wildlife Habitats (CWHs).

Instead of adopting such a transparent and objective process, the MoEFCC and conservationists have sought to rely on the fiat of the state power to declare CWHs on a whim, with the intention of preventing forestland right holders from exercising their rights. 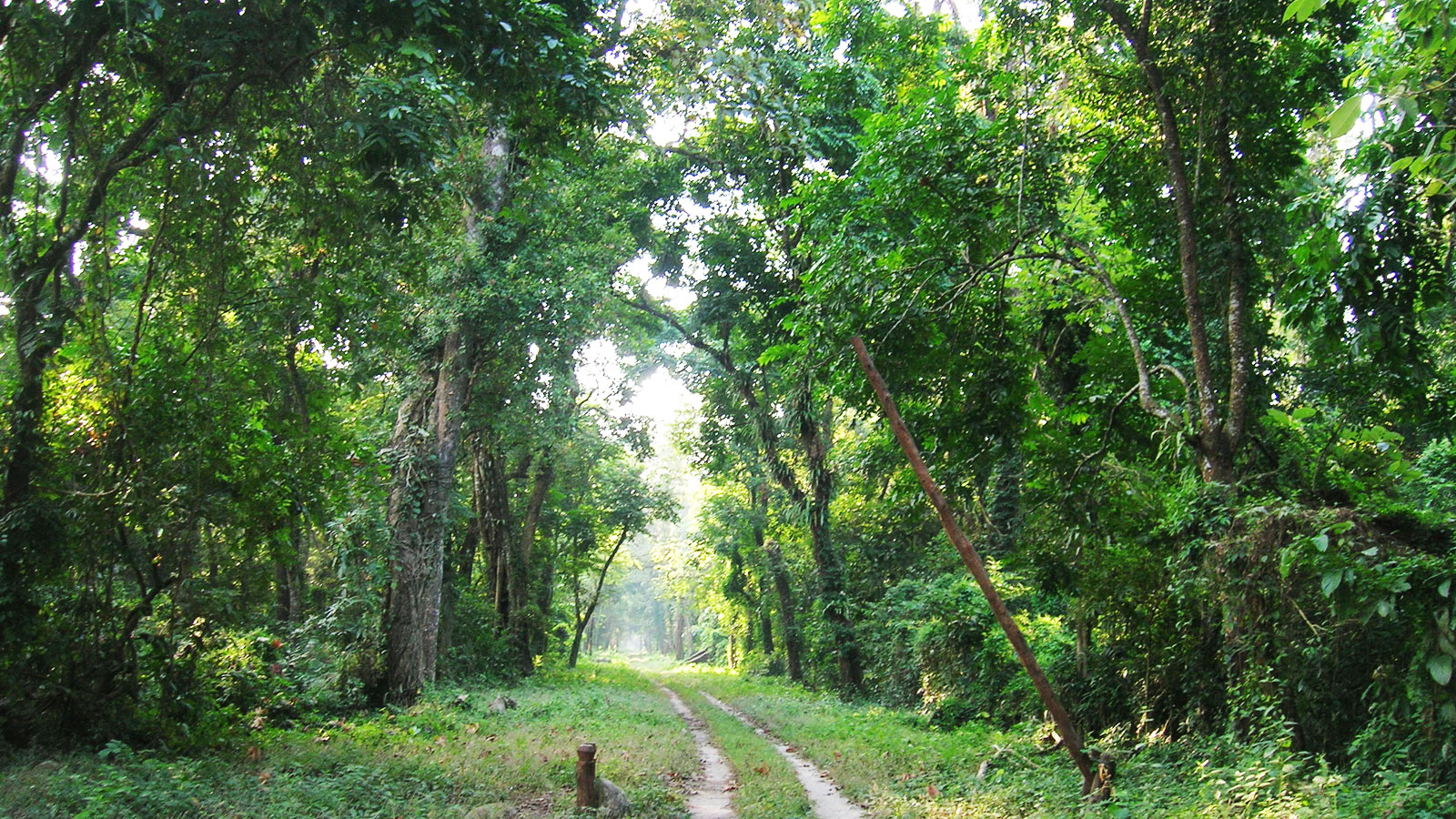 The FRA also formalises the local communities’ rights to protect and manage forests that they have depend on for natural resource-based livelihoods. According to Ministry of Tribal Affairs (MoTA) data released in October 2018, more than 73% of the land allocated under the FRA is designated for community forest reserves. These are devoted to the goals of conservation and sustainable utilisation.

Instead of recognising these statistics, a role that community forests play in nature conservation and the provision of local ecosystem services, conservationists such as Debi Goenka misrepresent all FRA rights as land rights. Similarly, the successful case of community-based conservation of the Amur falcons in Nagaland seem to have been used as an argument against community control.

The recognition of collective rights and community forestry successes should not be seen as an argument against Adivasi household land rights, which are a small corrective to the repeated instances of dispossession that forest peoples have suffered at the hands of colonial and post-independence governments.

For example, present-day conservation areas like the Mudumalai Tiger Reserve were originally declared in order to create game reserves so that English aristocracies could enjoy their pastime of hunting. Household land rights are also crucial for meeting the United Nations Sustainable Development Goals related to food security and poverty alleviation.

Even so, claims to FRA land rights are not inimical to the goals of forest conservation. Our research shows that a large number of forestland claims at the village level also creates a constituency in favour of the claims of community forest rights. The FRA provisions for collective forest rights provide a strong foundation to build popular political support for conservation.

On the contrary, many conservation organisations continue to alienate forest peoples by militarising conservation. A BBC investigation in 2017 revealed that WWF India funded combat and ambush training for forest guards in Kaziranga National Park, who were given powers to shoot at sight and were implicated in a number of human rights abuses. A recent investigation quotes a former director of Kaziranga National Park as instructing his staff in writing to say that “If a question arises as to which rights shall get higher priority..it shall not be the human rights.” Scholars have documented cases of forest officials who have sexually assaulted Adivasi women.

These are but a few examples of a long history of wrongs that forest peoples have suffered at the hands of those acting in the name of conservation. Erecting more barriers against forest rights would be “a major source of alienation of the local people from wildlife conservation,” as stated in the National Wildlife Action Plan, which is meant to guide government policy on conservation between 2017-2031.

The petitioners in the Supreme Court case against the FRA would do well to reconsider their campaign against forest peoples. Ultimately, the question is whether we want more than a third of India’s land governed by the remnants of a brutally repressive colonial regime or whether we want conservation that is scientifically sound, democratic and accountable to the public.

Prakash Kashwan is an associate professor at the University of Connecticut, Storrs. Manasi Karthik is a policy analyst and researcher.