Water levels in major rivers in the state have crossing the danger mark over the last two weeks. 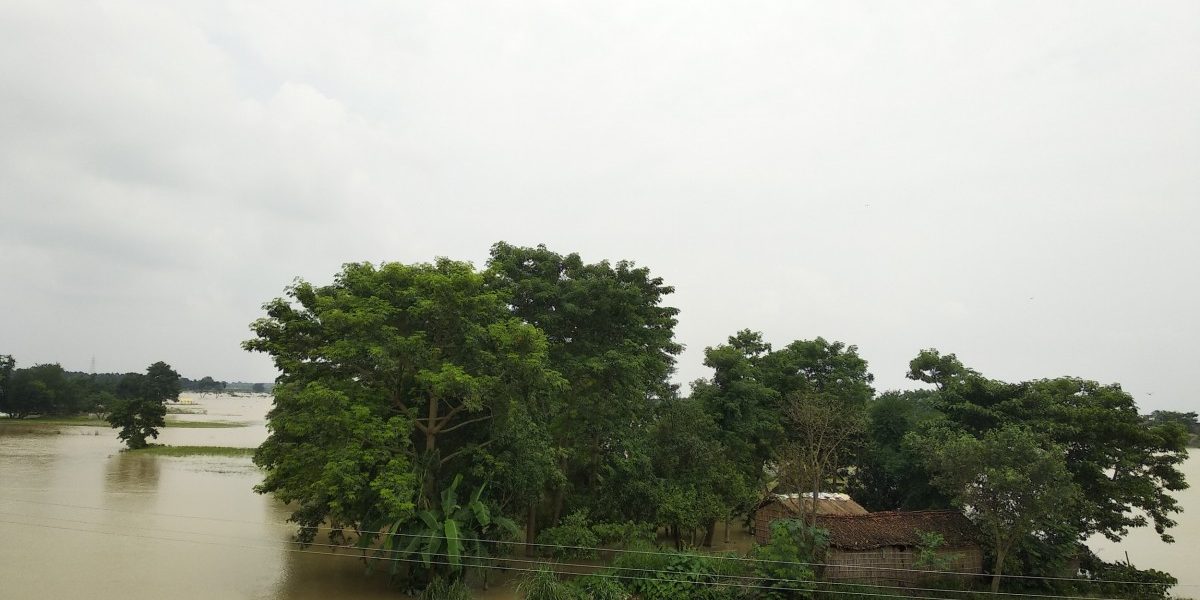 Patna: Even as COVID-19 continues to spread, the floods across northern Bihar have wreaked havoc and devastation. Incessant and widespread rain since the first week of June have posed an immediate challenge, while the pandemic too continues to take its toll.

Flooding after rainfall – and widespread damage caused by these floods – is an annual affair that impacts lakhs of lives in parts of north and central Bihar.

Water levels in major rivers in the state have crossing the danger mark over the last two weeks. Water from the Bagmati river gushed into many villages of Sitamarhi, Muzaffarpur and Darbhanga districts, while water from Pasaha river (which originates from Nepal) has flooded five villages of East Champaran. Heavy water discharge from the Valmikinagar barrage has submerged low-lying farmlands in West Champaran and Gopalganj districts.

The embankment built on Bagmati river for the construction of a dam in the Belwa area, Sheohar district was damaged due to heavy water pressure in the second week of July. Water resource department officials hoped the flood situation in Sheohar would improve after they repaired a temporary cofferdam. But the cofferdam was damaged due to swirling currents from the Bagmati a few of days ago, said an official. The Bagmati overflowed, flooding Sitamarhi-Sheohar road and Sitamarhi-Bhittamore road (parts of NH 104). 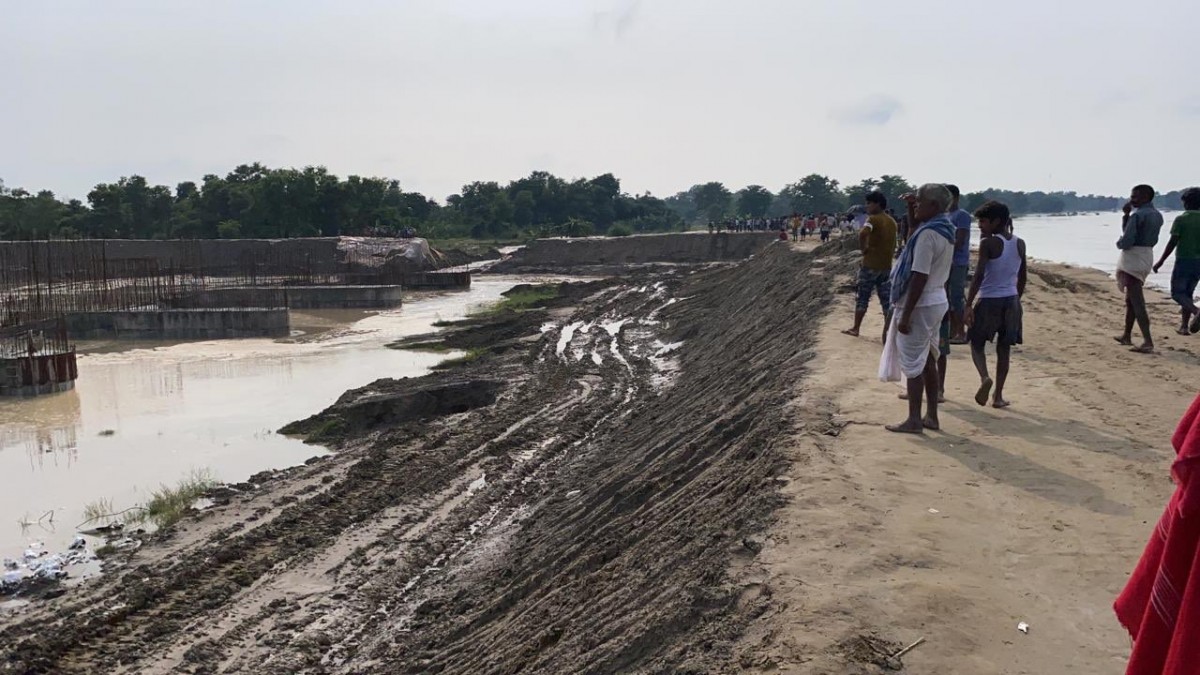 Since the beginning of the monsoon period, between June 1 and June 26, the state has received 234.4 mm rainfall against the normal of 127.1 mm. This year, after about a decade, monsoon reached the state on time and has covered almost all parts of Bihar.

Thirty panchayats of the Bisfi and Benipatti blocks in Madhubani district were submerged after the Kamla Balam rose three feet above the danger mark. Villagers from Navtoliya and Tulsitola in Jhanjharpur block were compelled to take shelter on the NH 57. The Madhubani-Darbhanga connecting road was also submerged, and water gushed into urban households. 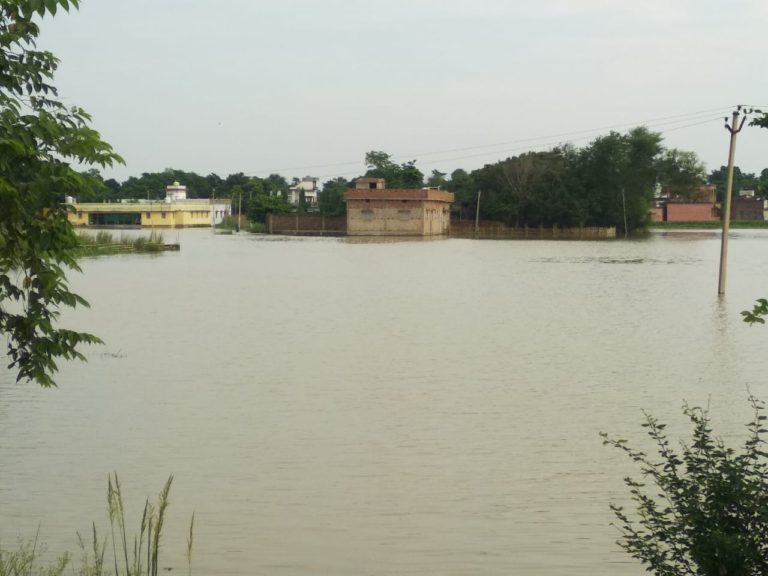 The Kosi and Bagmati rivers are also showing signs of overflowing, and have approached the highest flood level in Khagaria. Nearly 1.5 lakh people of 44 villages in Mansi, Alouli and Khagaria blocks were badly affected, as the waters cut of many villages from the district headquarters.

Darbhanga-based water conservation activist Narayan Choudhury told The Wire that authorities had, in the past, blocked six small tributaries of the Kamla Balan river. The resulting pressure on embankments led to damage. Disaster management of flood-prone districts is a botched-up affair, he added.

In Darbhanga, the Kamala Balan river inundated as many as 120 villages of 30 panchayats, affecting 55,000 people. Hundreds of houses were submerged. The eastern blocks of Hayaghat, Kusheshwar Sthan (East) and Ghanshyampur are also under flood water, and the district administrations has roped in two community kitchens for flood-hit families. 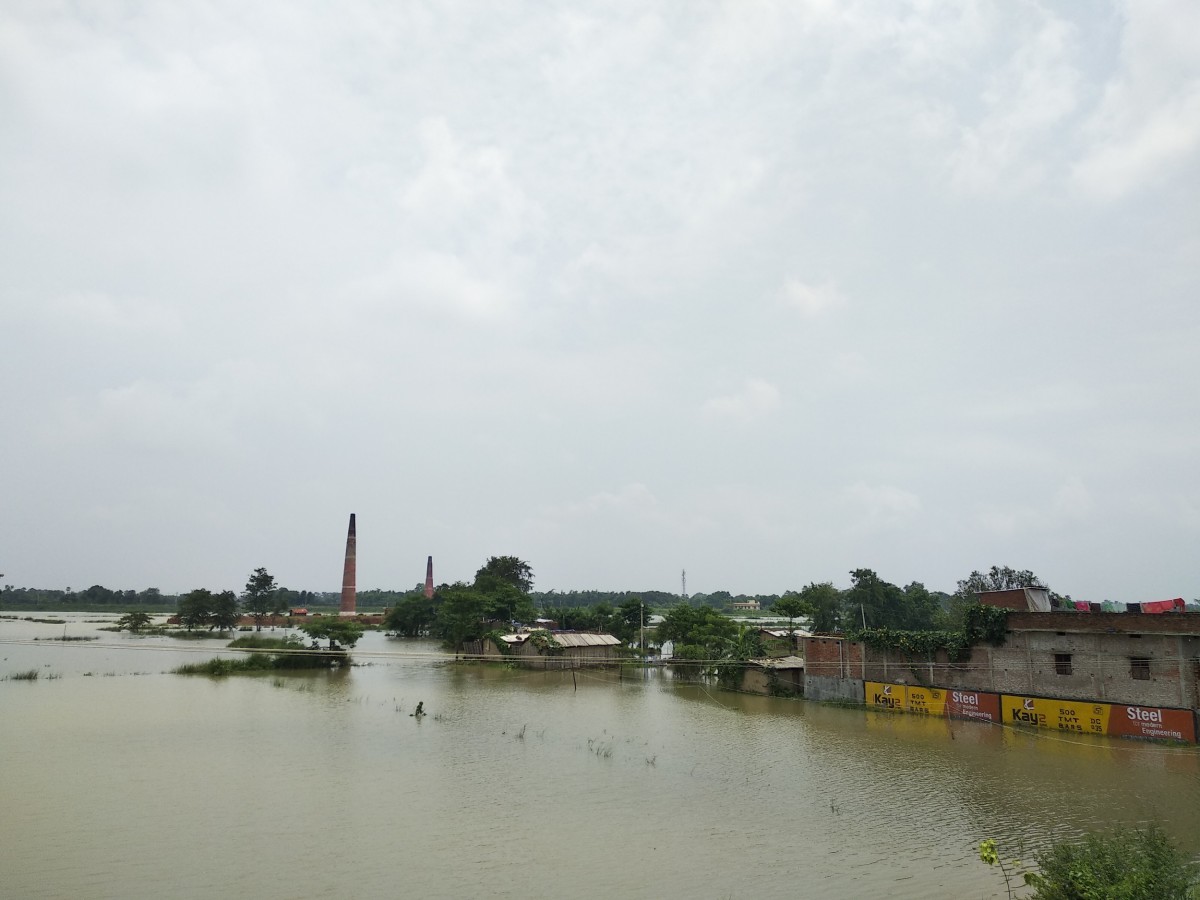 In Muzaffarpur district, water from the Bagmati, Lakhandei and Rato rivers has entered many villages under three blocks – Aurai, Katra and Gaighat. Intermittent rains in the district also added to people’s miseries, as rainwater has entered many houses in both urban and rural areas in the last 48 hours. In low-lying areas of the district, recently sowed paddy has been washed away, creating a crisis for farmers.

Lakhan Rai, a farmer based in Benipur village of Aurai block, told The Wire that paddy seeds sowed in the last week of June were washed away when the Bagmat river overflowed. There is also massive water logging in low-lying areas as canals are not working. The kharif cropping season has been largely disrupted, which will cost the farming community dearly in the coming months.

In West Champaran, Narkatiyaganj, Ramnagar, Majhauliya and Bagaha blocks have also been badly affected – villagers in Chakadahwa and Lakshmipur were forced to take shelter on the side of an embankment. Even the Sashstra Seema Bal (SSB) border outpost camp at Jhandu Tola, near the India-Nepal border, saw three feet water from the Gandak river.

Also read: ‘Cost to Ecosystem Has Taken a Back Seat’: Baghjan Fire Fallout Leaves Residents in a Lurch

At least 32 villages in Fenhara, Dhaka, Pakridayal, Ghorasan and Chiraiya blocks of East Champaran were flooded by water from the Lalbakeya and Bagmati rivers. Both East and West Champaran districts are close to the India-Nepal border, and are more prone to flooding than other parts of Bihar every year.

The capital city, Patna, was also waterlogged after receiving 82 mm rain in the last 48 hours. Kadamkuan, Bazar Samiti and Lohanipur areas were flooded, making it hard to recognise the ‘Smart City’ Patna is supposed to be. The government-run Nalanda Medical College and Hospital, one of the three designated COVID-19 treatment centres in the state, was also waterlogged.

The Disaster Management Department (DMD), in a recent report, estimated that six lakh people from ten districts were badly hit by the floods, with reports of 11 deaths in north Bihar. Unofficial figures put the death toll at much higher. More than 10,000 people from inundated villages have so far been evacuated, with 29 community kitchens active in flood-affected areas.

Last year, around 67 lakh people from 12 districts of Bihar were hit by the floods. On the condition of anonymity, an official from the DMD conceded that during the flood relief operations, physical distancing may not be strictly followed, which could create further challenges in tackling the coronavirus. The government has prepared a Standard Operating Procedure, includes pre- and post-flood management, maintenance of embankments, barrages, etc. but it remains to be seen what will happen if the downpour continues, he added.

According to the Bihar State Disaster Management Authority (BSDMA), 73.63% of the geographical area of north Bihar is prone to floods, accounting for close to 17.2% of the total flood-prone area in the country. This year, the COVID-19 pandemic combined with the floods is a double whammy for the people, and for the state government trying to tackle the issues.