The Central Pollution Control Board recorded the overall air quality index in Delhi as being 341 as stubble burning from Punjab and Haryana contributed to pollution. 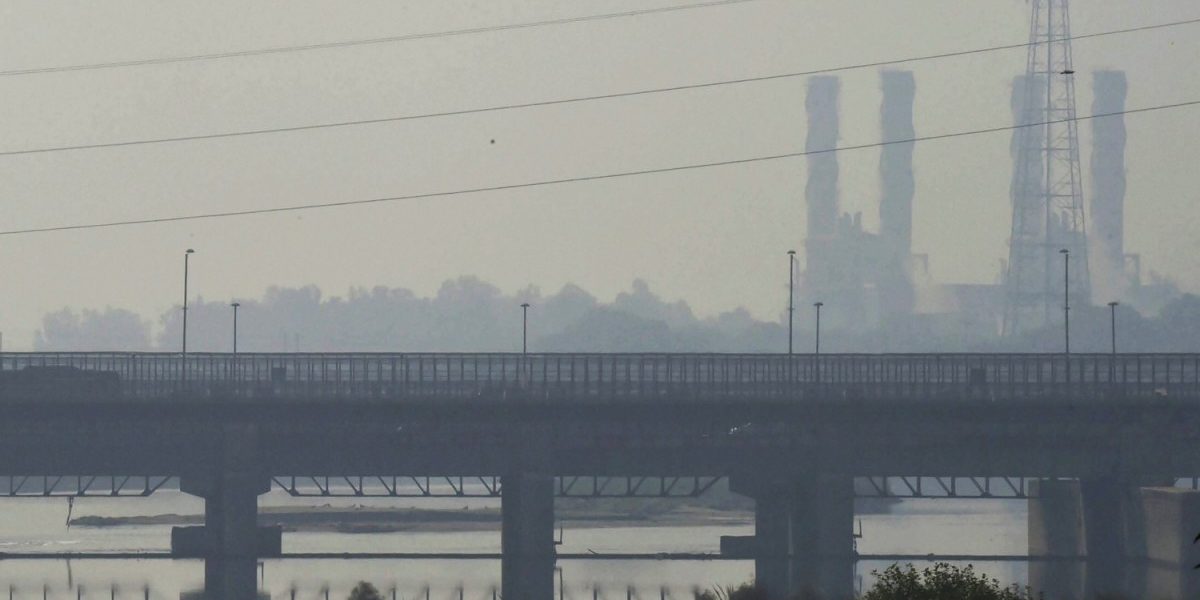 A view of Yamuna river as smog and air pollution hang above the city. Credit: PTI

New Delhi: Delhi’s air quality remained very poor for the fourth day on October 27 with five areas of the national capital recording severe pollution levels, as authorities warned the situation may deteriorate further next week due to localised emissions during the festival and stubble burning.

The Central Pollution Control Board (CPCB) recorded the overall air quality index (AQI) in Delhi as being 341. The highest AQI of this season was recorded on Friday, October 26, at 361.

According to the data by the Centre-run System of Air Quality Forecasting and Research (SAFAR), the overall air quality of Delhi is set to deteriorate in the coming days, remaining a few points below the ‘severe’ category.

The CPCB-led task force has recommended stringent measures from November 1 to 10, predicting further deterioration in the air quality ahead of Diwali.

Some of these recommendations include a shutdown of coal and biomass factories, intensification of inspection by the transport department to check polluting vehicles and control traffic congestion in Delhi-NCR during November 1-10.

Authorities have issued an advisory, asking people to avoid outdoor strenuous activities and minimise the use of private vehicles.

“On Thursday and Friday, more stubble was burnt in Punjab and Haryana due to which its contribution to PM2.5 pollution increased,” the official said, adding that the impact of pollution by stubble burning on the national capital could be seen only a day after the stubble is burnt. He also added that “Pollution would reduce in the next couple of days if the weather condition remains the same. The weather conditions include wind direction, temperature etc.”

Also Read: Where Has India’s Environmental Journey as an Independent Nation Brought Us?

The SAFAR report also analysed the trends of different factors causing pollution since 2010 and it said transport emission in the national capital has increased significantly at 41% in the last eight years. The residential bio-fuel emission declined significantly in Delhi at 64% since 2010, the report said.

Meanwhile, SAFAR issued a health advisory due to increased pollution levels in Delhi, urging people with heart or lung disease, older adults and children to avoid prolonged or heavy exertion. It also recommended people to go for shorter walks instead of jogs, keeping windows closed and wearing masks while stepping outside.