The fishermen fear that the project will affect the coastal area near Mumbai, threaten the natural aquatic ecosystem and consequently affect their livelihood. 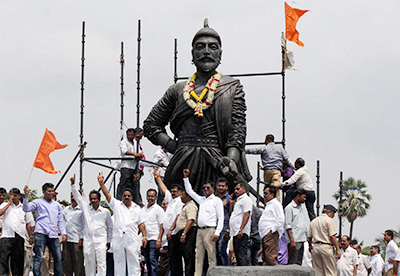 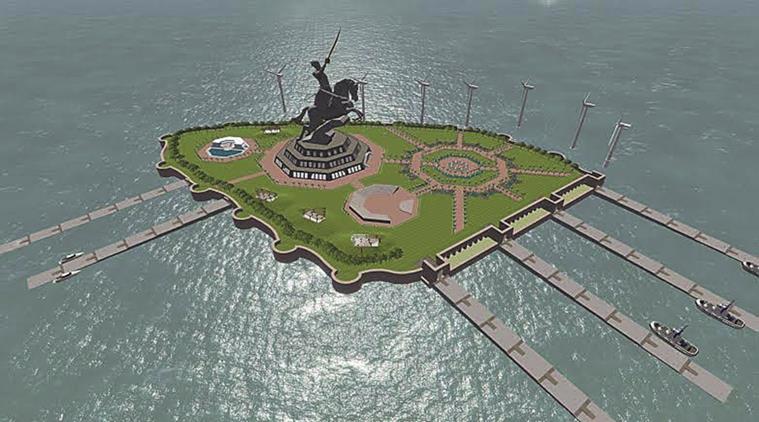 Mumbai: Over 50 fishermen who were protesting the proposed construction of Shiv Smarak – a 210-metre tall memorial for the Maratha ruler Shivaji off the coast of Mumbai – were arrested by the police ahead of the foundation laying ceremony by the Prime Minister Narendra Modi.

The fishermen are concerned that the structure will affect their fishing grounds and as a mark of protest, over 5,000 boats had been flying black flags for the past four days and three major wholesale fish markets – Sassoon dock, Bhaucha Dhakka and Crawford – remained shut for the day. Even the National Alliance of People’s Movement led by activist Medha Patkar has supported the protest.

The Chhatrapati Shivaji Maharaj Memorial will be constructed off the coast of Mumbai at an elliptical outcrop of 15.96 hectare within the Arabian Sea, 1.2 kms from Raj Bhavan, 3.6 kms from Girgaon Chowpati and 2.6 kms from Nariman Point. The outcrop will be 650 meters by 325 meters in size. The height of the statue will be 190 meters and the rocky outcrop will be raised by 8 meters to install the statue.

The other facilities planned at the site to attract tourists are an amphitheatre, museum, exhibition gallery and a marine aquarium.

Damodar Tandel, the president of the Akhil Maharashtra Machhimar Kruti Samiti (All Maharashtra Fishermen Joint Action Committee) and Pradip Parade, an environmentalist, have filed an environment interest litigation with the National Green Tribunal stating that the said project will affect 110 kms of coastal area near Mumbai, threaten the natural aquatic ecosystem and consequently affect the livelihood of over 80,000 fishermen.

“Over 10,000 tourists are expected daily and they will cause harm to the environment by their presence, drinking water bottles, food items and so on. Air, water and noise pollution caused by the presence of a large number of tourists will alter the pattern of biodiversity, especially of fishes. Fishermen’s livelihood will be affected directly. Commissioner of fisheries has asked the government to look into the matter and determine that ferries of boats through this area would not affect the livelihood of the fishermen here. But the state government has not said anything about preventive measures it would take.”

Tandel added that the “JAC presides over 200 fishermen cooperative societies across coastal Maharashtra and thus has 50,000 fishermen members. With the construction of the statue, 15,000 fishermen and thereby the livelihood of 80,000 will be directly affected. Affected fishermen sell fishes worth Rs 200 crore in the domestic market and over Rs 100 crore in the international market, per year. Thus we will be losing this much of income. How and when will the state government provide us with an alternative? I could also smell a major conspiracy for converting our fishermen colonies into housing societies, malls and complexes. We will be thrown out slowly from this place.”

He further said, “According to Environment Protection Rules, 1986, of the ministry of environment and forest, people who will be affected due to the construction of the project should be consulted and their view should be taken into consideration. But no fisherman from these societies was consulted. Besides, we have approached all concerned departments with our grievances but no department has invited us for discussion.”

He further added that, “Surprisingly the state government has asked a waiver from public consultation arguing the statue is of larger interest to the public and a national monument. Time and again we underline that we do not oppose the statue but we oppose the site of the statue.”

On the condition of anonymity, an official from the general administration department of the state government admitted that the state government had not formulated a plan to provide alternative livelihood to fishermen or one to protect the interests of fishermen whose livelihood will be affected due to the construction of the statue at this particular site. Bhagwan Sahay, the secretary of the concerned department, was not available for a comment.

Parade said, “National Institute of Oceanography (NIO), Goa and National Environmental Research Institute has prepared a final report of Environmental Impact Assessment as asked by the Maharashtra government. They have given no objection certificate (NOC) for the project. How could the project get the Coastal Zone Regulation clearance if it will affect 110 kms of coastal area. The said area is home to raptors like eagles and vultures, fishes include ribbon fish, Bombay duck, goatfishes and so on. There are many breeding sites of fishes where construction will be done or boats for tourists will be ferried. As per the NIO, 8016 fishes and shellfishes belonging to the 49 species are collected from the site.”

He further alleged that “Biodiversity is not taken into consideration as no consultation was held with Biological Biodiversity Board.”

“This is the area through which terrorists including Ajmal Kasab entered Mumbai for 26/11 terrorist attack. In this context, city police had asked the state government to form a committee comprising members of the police, coastal guards, traffic, navy and so on to study how the site and presence of tourists will cause security issues. But the state government has not formed a committee and claims that it has received the NOC from the police.”

The official from the home department of the state government was unaware of the measures that will be taken in terms of security.