Expect No Surprises on Air Pollution This Budget

With its general lack of specificity, non-binding targets and its stubborn fealty to the status quo, the NCAP is neither a step forward nor a step back. 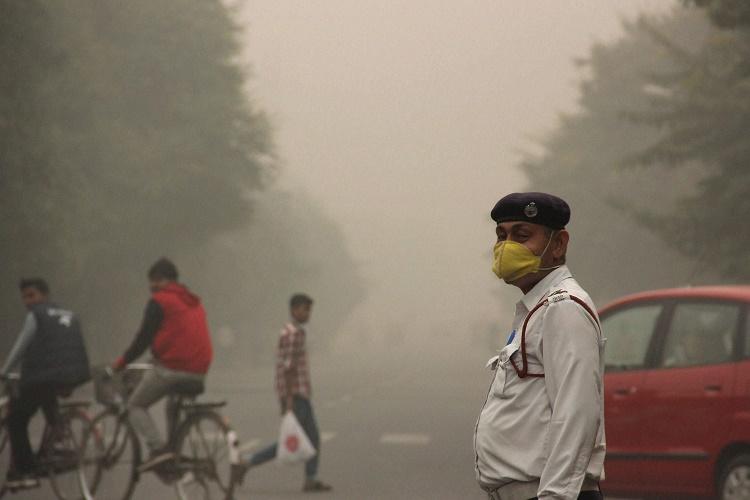 Is this finally the year air pollution control efforts sees an ambitious budgetary push from the central government? Don’t hold your breath. The Union environment minister has already announced that the recently launched National Clean Air Programme (NCAP) will be allocated a modest Rs 300 crore for 2018 and 2019. This is firmly in line with the general lack of ambition in the scheme.

The NCAP provides a “tentative national target” to reduce air pollution levels by 20-30% by 2024, relative to 2017. For perspective, a 20% reduction improves Delhi’s air from being 13x as polluted as the WHO recommended levels to 10x. And since it doesn’t describe the target precisely enough to enable any accountability, or any legal or financial implications for those missing the target, it seems directionally aspirational at best.

As a result, the programme could be seen primarily as an approach document, in that it doesn’t prescribe pollution reduction measures and leaves the details to future action plans. This isn’t a shortcoming in and of itself. Given that the sources of pollution can differ in their relative contributions from place to place, it might be best for municipal corporations and state pollution control boards to prepare their own plans and be held accountable to them.

However, the NCAP represents a missed opportunity to articulate a national strategy to design action plans. How should source apportionment and monitoring information be used? How should the consultation process work?How should some measures be prioritised over others? What’s the process by which authorities will be held accountable?

By not tackling these questions, the NCAP is consistent with the policy approach that has failed so far in India. Air pollution response has historically been reactive, ad hoc and episodic. We need to do much better than that.

Further, the NCAP takes the Delhi template and recommends it to the rest of the country. This is a city-focused approach to mitigation, comprising an extensive laundry list of actions with no prioritisation, and an emergency response plan. These haven’t proved to be especially effective in the national capital, and there’s no reason they should be elsewhere either.

This was also an opportunity to reflect on the need for a regional level management, and the infrastructure for it, using the idea of an ‘airshed’. Air pollution does not obey administrative boundaries, so its essential to be able to respond to it as a regional airshed problem. Defining these airsheds, and developing processes that would cut across jurisdictions and government departments, would have been a useful exercise.

Instead, the NCAP introduces various new committees at the central and state levels, and mentions vaguely that individual ministries will “institutionalise” the action points in their charge.

At the least, the NCAP should have unambiguously recognised air pollution as a public health emergency. Instead, it goes into denial mode. After acknowledging that air pollution affects health, it still complains about “the reported perplexing statistics in various international reports, correlating air pollution with health impacts without the use of indigenous dose response functions”.

This is in keeping with comments by Harsh Vardhan, the environment minister, on January 4 that “there is no conclusive data available in the country to establish direct correlation of death or disease exclusively due to air pollution”.

In fact, the document often takes the stance that all rules exist but that implementation is poor. For example, it acknowledges that industrial pollution is a governance problem, and then lists “increased stringency of enforcement” as the principal action point. But how can enforcement be made more stringent? What structural factors inhibit the stringency of current action?

Effectively regulating industrial emissions requires wholesale reform. For example, increased staffing and resources for the pollution control boards, improved capacity for continuous monitoring, ability to use this monitoring data for enforcement, and flexibility in regulatory instruments. The last two may require amendments to our environment acts as well. But there is neither indication that such amendments are on the cards nor any acknowledgement that they are needed within the NCAP.

So with its general lack of specificity, non-binding targets and its stubborn fealty to the status quo, the NCAP is neither a step forward nor a step back. We need to urgently work towards a strategic rethink of our policy priorities. Civil society and all concerned citizens need to work towards pushing air pollution and its enormous health costs as a political issue this election season.

We need to identify a limited number of concrete, achievable and significant actions suitable for each jurisdiction. These should be done for each source. And finally, we need to refocus and prioritise our policy efforts, keeping in mind the institutional constraints, costs and political economy of measures targeting each major source. We have a long way to go.

Santosh Harish is a fellow at the Centre for Policy Research, New Delhi. He tweets at @santoshharish1. Views expressed here are personal.