Ever since Article 370 was read down and the Union government took charge of the erstwhile states, 250 hectares of ecologically fragile land have been diverted for non-forestry purposes. 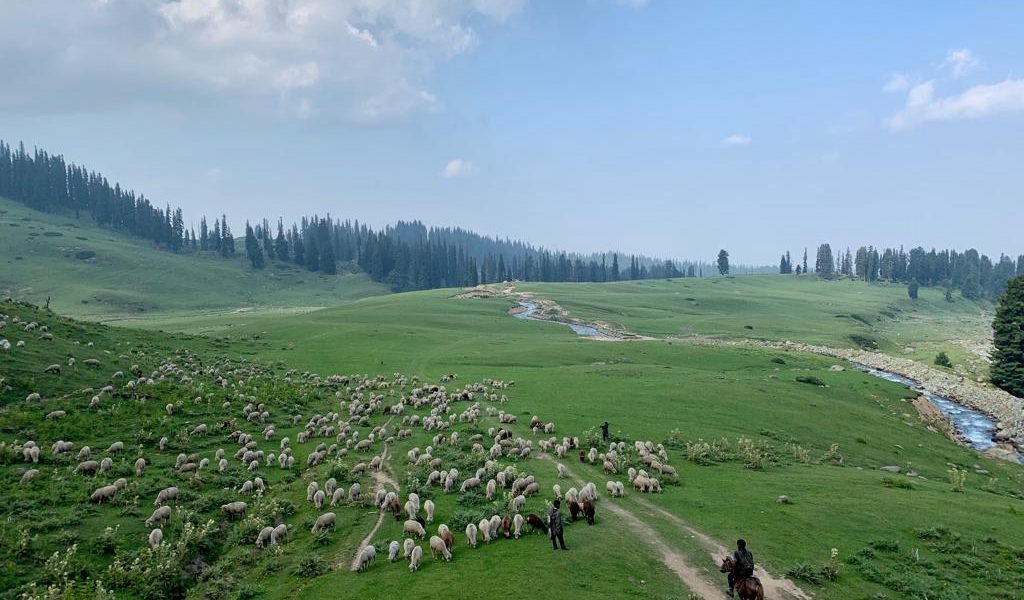 J&K’s forests are home to underprivileged communities of Gujjars and Bakerwals whose food security has been drastically impacted by the shrinking green cover. Photo: Jehangir Ali

Srinagar: The Jammu and Kashmir administration has transferred over 250 hectares of eco-fragile forest land to the armed forces since the Union government took charge of the now Union Territory (UT) in 2019.

The details of the land transfer, being reported for the first time by The Wire, stand in stark contrast to the pledge taken by India at the recent COP26 climate summit to reduce its greenhouse gas emissions by increasing the country’s forest cover.

A senior official in the J&K administration said “hundreds of thousands” of trees are being felled to pave the way for the development of infrastructure for the armed forces in the UT as tensions continue to escalate with India’s neighbours, China and Pakistan.

According to official documents accessed by The Wire, the J&K administration has transferred 135.57 hectares of forest land in Jammu’s Chowadhi, one of the few carbon sinks in Jammu apart from the Raika forests, to the Border Security Force (BSF) for building a long-range small arms training ground.

“The transfer is pending approval from the State and National Boards of Wildlife,” the official said, adding that the matter is being discussed at the “highest level.”

The administration has also transferred 104.98 hectares of eco-fragile forest land from the Achabal Conservation Reserve, a protected area in South Kashmir which is home to a variety of endangered animal species, such as the Himalayan black bear, to the Army for the expansion of the existing Khundroo ammunition depot.

The depot has been a cause of immense suffering for people living in its vicinity who have been demanding its relocation. A mysterious explosion last year killed two labourers and wounded two more. In 2007, 20 people were killed in multiple explosions at the depot.

A senior officer of the forest department said the Achabal Reserve is home to Deodar, Birch and Pine among other trees, “The expansion of the Army’s ammo base will encroach into the habitat of wildlife and also degrade the forest,” the officer said, wishing to remain anonymous. 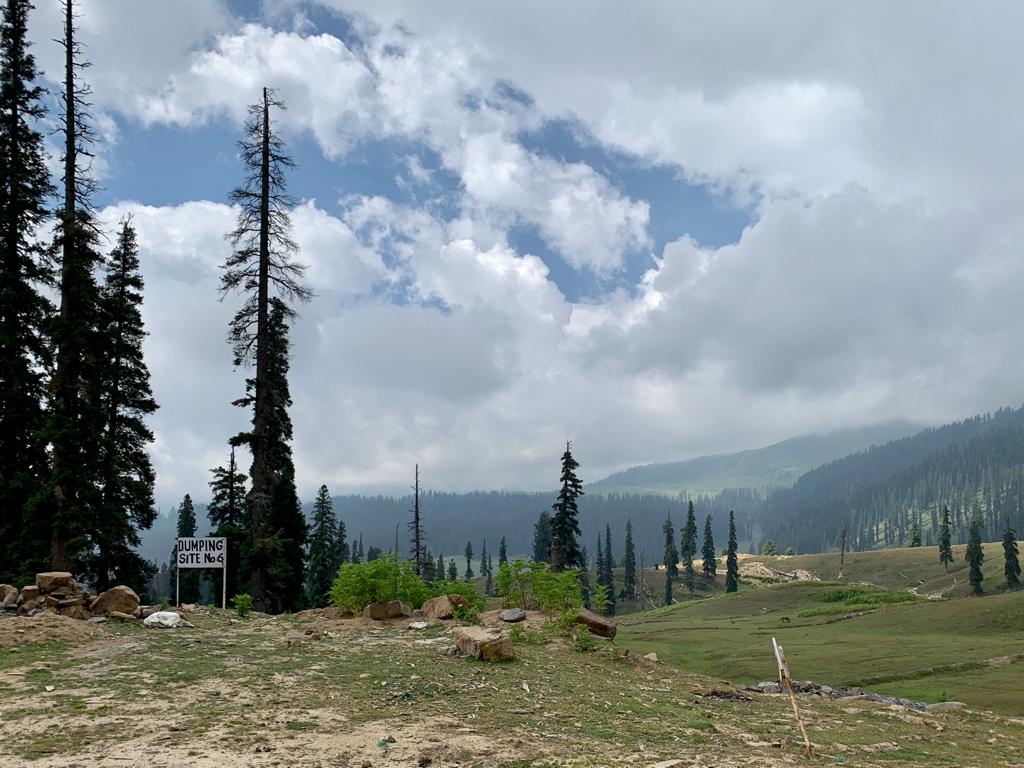 Other land acquisitions made by the armed forces in J&K include 20.5 hectares of forest land in Jammu for the expansion of an Army depot in the UT’s Samba district, 9.4 hectares of the Bahu Conservation Reserve in Jammu’s Sunjwan, which has been transferred to the Indian Air Force (IAF) along with some land for the construction of a helipad in Jammu.

The forest officer quoted above said the transfer of land entails the felling of hundreds of thousands of trees which will impact the eco-fragile environment in the Himalayan region. When contacted, J&K’s Commissioner Secretary, Forests, Sanjeev Verma, referred The Wire to J&K’s Principal Chief Conservator of Forests, Mohit Gera, for comment. Gera refused to divulge the details of the land diversion projects.

“More than 300 sq km of forest growth has been recorded in the part of Kashmir which is under the control of Pakistan,” said a faculty member of Sher-e-Kashmir University of Agriculture Sciences and Technology, wishing anonymity.

The aforementioned figure of forest land transfers is over-and-above the 65.5 acres of land that were recently transferred for the setting up of ten permanent Central Reserve Paramilitary Forces (CRPF) bases in the Kashmir Valley as well as an unspecified figure for five new aircraft landing strips that will be built by the IAF in Jammu and Kashmir and Ladakh amid growing external tensions.

Besides these, hundreds of hectares of the UT’s forest land have been diverted for non-forestry purposes. This includes 680 hectares for building the Rs 9,167 crore Ujh multipurpose project in Jammu for which more than 2 lakh trees will be felled and 52 villages downstream will be affected, displacing over 3,700 families. The project got approval in February this year.

The J&K administration is also set to take over more than 40 hectares of forest land in Raika, the carbon sink of the rain-deprived Jammu region. The land has been transferred without the consent of locals who have been drawing sustenance from the Raika forest for many decades, said Anmol Ahri, a Jammu-based environmental activist.

Ahri said a consistent pattern in these land acquisitions has been the brazen refusal of the local administration to follow the established procedures of consulting Panchayat committees or locals who have been living in these areas for decades before approving these proposals.

More than 30 lakh people in India are affected by land conflicts triggered by infrastructure projects, which include multipurpose dams, security installations and roads, among others.

Although the J&K administration claims to have implemented the Scheduled Tribes and Other Traditional Forest Dwellers (Recognition of Forest Rights) Act, 2006,these claims fall flat in the face of ground realities in Jammu and Kashmir where forests are being subject to rampant vandalism amid the absence of an elected government.

The documents shared with The Wire by the residents of Raika, a marginalised community of some 50 families comprising 200 people who depend on the forest for their livelihood and are now facing the threat of eviction, suggest they have been living there since the 1950s.

“The administration didn’t tell us about the land transfer. I have documents of dozens of tribal residents who are seeking the registration of their land under the Forest Rights Act but no one is listening to us. I have raised the issue several times in meetings with the officials,” Hafeezullah, the Sarpanch of Raika, told The Wire. 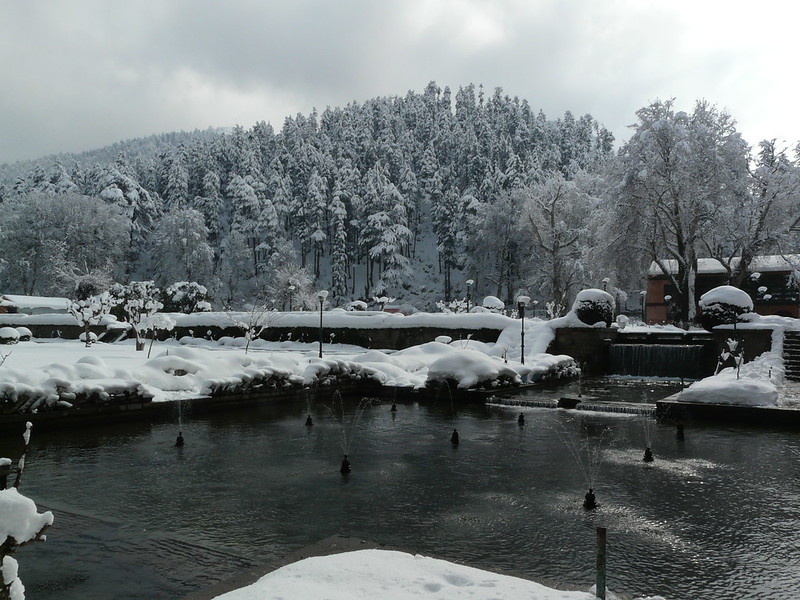 Jamaat Ali, a resident of Raika, said the prospect of forcible eviction and dispossession from traditional lands has left the residents on tenterhooks ever since they learnt about the land transfer, “We feel a sword is constantly hanging over our heads. We have lived and died on this land for generations. Instead of giving us what is rightfully ours, the government is committing illegal acts to deprive us of our land,” he said.

The acquisition of forest land for non-forestry purposes paints an alarming picture of the rampant vandalisation of forests in Jammu and Kashmir at a time when the country’s forest cover is going down, as per independent estimates which are disputed by the government.

In its recent report to the Intergovernmental Panel on Climate Change, India pledged to create an additional carbon sink of 2.5 to 3 billion tonnes of carbon dioxide through new forest and tree cover by 2030. But experts have called the Nationally Determined Contributions by India under the climate pact signed in 2015 in Paris “bogus”. These contributions require bringing 25 – 30 million hectares of land under forest cover in an increasingly land-scarce country.

Also read: What Does the IPCC’s Landmark Climate Report Say About India?

India’s commitment to increase carbon sinks to reduce greenhouse emissions depends on compensatory afforestation schemes, but these are known to trigger land conflicts, degrade land quality and affect food security for marginalised communities. They also lead to the growth of monoculture forests which have fewer ecosystem functions.

“It takes years for a plant to grow into a full-fledged tree. By the time this transformation is achieved, it might be too late [to tackle climate change],” Singh added.