Changes to the Environment, Water and Air Acts mean that offenders will need to pay only monetary penalties for non-compliance under some sections and will no longer face the threat of imprisonment. Kochi: Legal and policy experts are divided over the Union government’s move to “decriminalise” existing provisions in three legislations that govern offences relating to the environment to “weed out fear of imprisonment for simple violations”.

The latest proposed amendments to the Environment, Water and Air Acts dated June 30 and July 1 propose to remove the provision of imprisonment as a penalty for offenders.

Therefore, offences – including failure to comply with the Acts’ provisions, such as not meeting safeguards set up to deal with hazardous substances – would attract only a monetary fine. The amendment proposes to also increase these fines. This money will go into specific funds under each Act, and the government will disburse them to compensate the affected parties.

While some legal and policy experts say that such a ‘decriminalisation’ is not a dilution and makes no difference since very few criminal cases are filed under these Acts anyway, others noted that doing away with imprisonment could affect the implementation of these Acts and encourage a pollute-and-pay attitude.

Moreover, the concept of compensatory penalties being directed to specific funds does not ensure that the money reaches aggrieved parties as some existing remedial funds have shown, they added.

What are the proposed amendments?

One is to remove the provision of imprisonment as a penalty for non-compliance under some sections of these Acts. For example, non-compliance under the Environment Act will currently attract fines (of up to Rs 1 lakh) or imprisonment (up to five years), or both. If violations continue for more than one year after conviction, the imprisonment term can extend to seven years. However, the latest amendment proposes to restrict penalties to fines alone, which an adjudicating officer appointed by the government will authorise.

Another change that the amendment proposes is to increase the monetary penalties for some offences. Under the Environment Act, for example, non-compliance currently attracts a fine of up to Rs 1 lakh and an additional fine may extend to Rs 5,000 for every day of the violation. As per the latest amendment, however, non-compliance will now attract penalties of anywhere between Rs 5 lakh to 5 crore; additional fines can range from Rs 50,000 to Rs 5 lakh per day.

The changes are being mooted based on “inputs from various stakeholders” that raised concerns regarding current penal provisions, and “to weed out fear of imprisonment for simple violations”, according to the notices for public comments that were uploaded on the MoEFCC’s website. 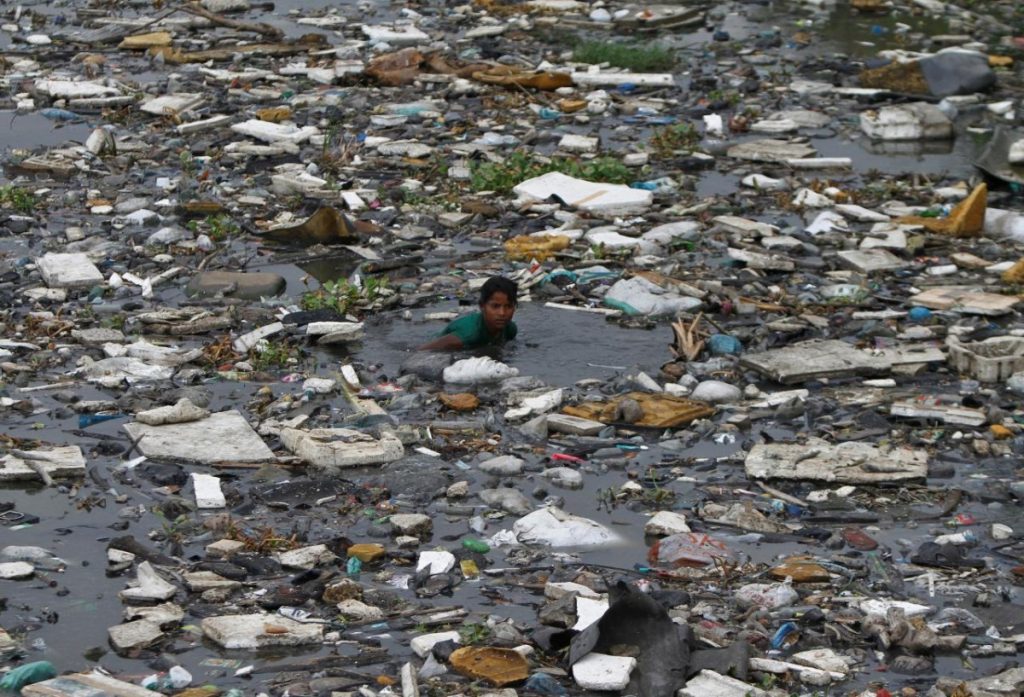 A boy searches for fish in the polluted sea backwaters near Marina beach in Chennai, July 3, 2013. Photo: Reuters/Babu/File

“That penalties will be increased is a good thing but even these amounts may not be enough to capture the losses to both people and the environment,” said Debadityo Sinha, a policy researcher at Delhi’s Vidhi Centre for Legal Policy. Most offenders can afford to pay these amounts and this could foster a pollute-and-pay attitude, he added.

“Penalties alone are no deterrent for big corporates and industries. With no fear of imprisonment, the implementation of the Acts could be affected,” he said. For instance, willfully delaying or obstructing an officer’s entry or investigation is an offence that currently attracts both fines and imprisonment. But with penalties being only monetary for this as per the amendment, offenders can easily obstruct or refuse to comply, and just pay later, Sinha said.

According to the amendment in the Environment Act, the adjudicating officer will decide the penalty amount based on several factors such as the losses caused to people. The factors listed do not include the assessment of losses that the ecosystem and biodiversity would have borne, or the costs involved in offsetting these losses such as through restoration activities, Sinha said.

Moreover, there are numerous funds that are not really effective – such as the Compensatory Afforestation Fund and Environment Relief Fund (ERF), he added.

The ERF, for example, was instituted under the Public Liability Insurance Act, 1991, following the Bhopal Gas tragedy. It is meant for victims of accidents in the process of handling hazardous substances and compensations awarded by the National Green Tribunal (NGT) are also deposited in this fund. (Incidentally, the Union government has sought to decriminalise this act as well, in its call for public comments on the matter on June 30.)

In 2020, Sinha’s research revealed several problems, including the lack of separate records of contributions that came in via the NGT for environmental damage. The same year, the NGT directed the MoEFCC to take action when it received a plea alleging the non-utilisation of more than Rs 800 crore in the ERF. Similarly, scientists have pointed out several issues with the compensatory afforestation undertaken by the Compensatory Afforestation Fund Management and Planning Authority (CAMPA), including the inability of new plantations to really ‘compensate’ for the loss of old-growth forests.

Also Read: Punishing the Polluters: Why Large Fines Are an Important Step Towards Cleaner Corporations

‘An issue that needs attention’

However, we should “view these proposals as the government’s acknowledgement that pollution control and liability is an issue that needs attention”, said environment policy expert Kanchi Kohli, senior researcher at the Centre for Policy Research, New Delhi.

“Given that these laws have been in existence for over a decade, its footprint is visible not just on private sector profits, but on food security, health, ecology and social life of people living in contaminated areas. It is also important to debate these proposals by asking first, how it will address the long legacy of pollution, livelihood loss and loss of life arising out of past illegalities,” she said.

Secondly, we need to ask whether changing liability from criminal to civil will necessarily change the deliberate and conscious nature of violations that have been in practice for decades, she added.

Criminal provisions of the Environment, Air and Water Acts have never worked because the Code of Criminal Procedure is too complicated to deal with environmental matters; it takes years or even decades until someone is finally persecuted. However, civil cases under the NGT, for example, have met with resolution, Dutta added – companies have been held liable, been told to cough up compensation for restoration, and so on.

“I support the need to amend the laws,” he told The Wire. “I don’t see decriminalisation as a definite kind of dilution.”

Though it is problematic that the Union government didn’t provide a longer timeframe for public comments (currently, comments on these Acts are open till July 21), it is still better than seeking comments on a new draft amendment or the change being pushed through office memoranda,” Dutta added.