Authorities want to show "that Egypt is not an irrelevant country, that Egypt has the prowess, the diplomatic clout and the power, the security presence to be a pivotal figure", a scholar said. 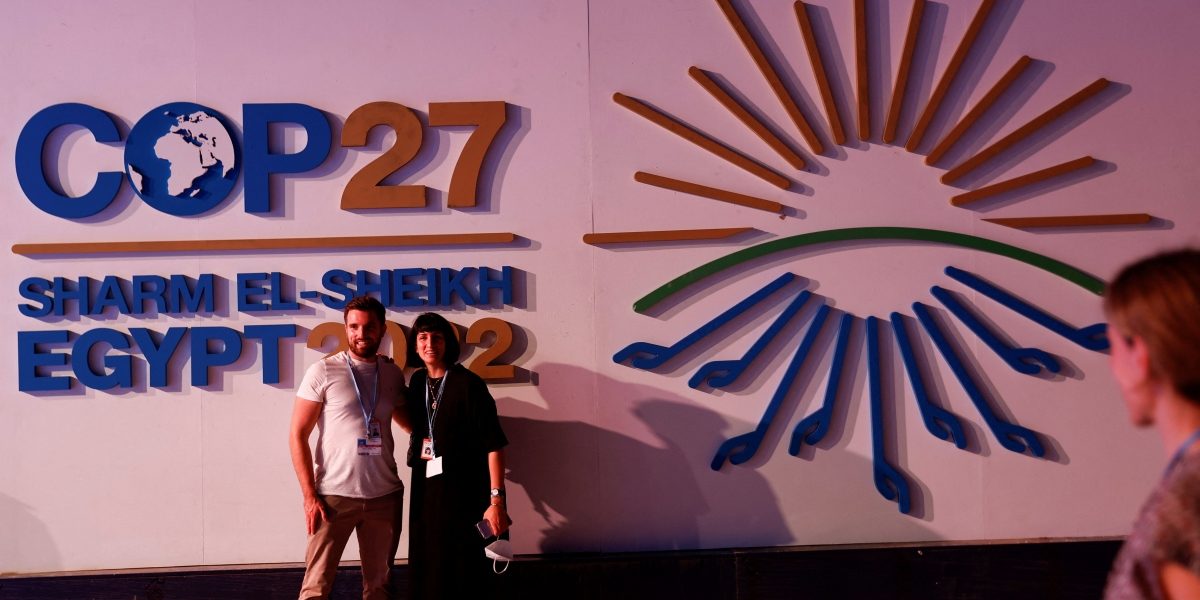 Cairo: When Egypt hosts the COP27 climate summit this week, it will be hoping for an injection of international legitimacy as well as green financing at a time when its economy has been struggling and it has faced rising criticism over human rights.

The United Nations climate talks in the Red Sea resort of Sharm el-Sheikh starting on Sunday will put the global media spotlight on Egypt in a way the country last saw during its 2011 “Arab Spring” uprising.

Since then, the Arab world’s most populous nation has been buffeted by post-uprising political turmoil, a military-led takeover, a long crackdown on dissent and a series of economic shocks that diminished its traditional role as a diplomatic player across the Middle East and in Africa.

President Abdel Fattah al-Sisi has gradually sought to bring Egypt back to the world stage, promising a development-focused new era for the country despite continuing economic headwinds which have seen the currency slide by about 35% against the dollar since March.

“Core to everything that drove their (COP27) application in the first place is international legitimacy,” said Hafsa Halawa, a non-resident scholar at the Middle East Institute.

Authorities want to show “that Egypt is not an irrelevant country, that Egypt has the prowess, the diplomatic clout and the power, the security presence to be a pivotal figure”, she said.

In other moves aimed at improving Egypt’s international image, Sisi has launched a limited political dialogue that is due to start soon after the climate summit. The state has also taken several steps to improve its record on human rights, although critics have dismissed the measures as largely cosmetic. The COP27 presidency is headed by the foreign ministry, which has a pool of experienced negotiators and which foreign diplomats say has far better capacity than other ministries working on climate.

It is hoping to leverage that expertise to help achieve progress in climate negotiations, despite an unpromising backdrop for commitments from major nations or big finance.

“We hope that it will be a watershed moment”, Wael Aboulmagd, a veteran Egyptian diplomat and special representative for COP27, told reporters on Friday, noting that science shows the world lagging behind on every aspect of the fight against climate change.

“Everyone is aware of the gravity of the situation, the enormity of the challenge.”

Egypt is presenting itself as a champion of Africa and the Global South, building on a diplomatic campaign to win African backing in a dispute with Ethiopia over a dam on the Blue Nile that Cairo sees as a threat to its water supplies.

It has been pressing for a “just” energy transition that allows poor countries space to develop economically, a boost to cheap climate finance, and addressing compensation demands by vulnerable states for damages from climate-induced extreme weather events.

“We aim to restore the ‘grand bargain’ … whereby developing countries agreed to increase their efforts to tackle a crisis for which they are far less responsible, in return for appropriate financial support and other means of implementation,” COP27 president-designate, Egyptian Foreign Minister Sameh Shoukry, wrote in a letter to parties and observers at the summit.

Such priorities mesh with Egypt’s own, as a gas producer with big renewable energy potential that is considered highly vulnerable to climate change.

In an updated submission to the United Nations this year, Egypt said it faced a $246 billion funding shortfall to meet its 2030 climate targets.

It is hoping to sign a flurry of deals including for green hydrogen power and solar and wind projects timed to coincide with COP27.

Some in Egypt express surprise that the government would host such a conference, given the low profile of environmentalism and restrictions on civic activism.

The presidency has said it will allow protests in designated areas at the summit venue, though some activists are concerned their voices will be curbed. Security forces have made dozens of arrests linked to calls for demonstrations elsewhere in Egypt.

However, hosting COP27 could open up a debate on political and environmental activity, said Rabab el-Mahdi, head of the Alternative Solutions Research project at the American University in Cairo.

“Hosting it forced the government and accordingly brought to society a broader discussion about climate change which has been missing from the national debate at large,” she said.