Does India Have the Skilled Workforce Needed to Fight Air Pollution? 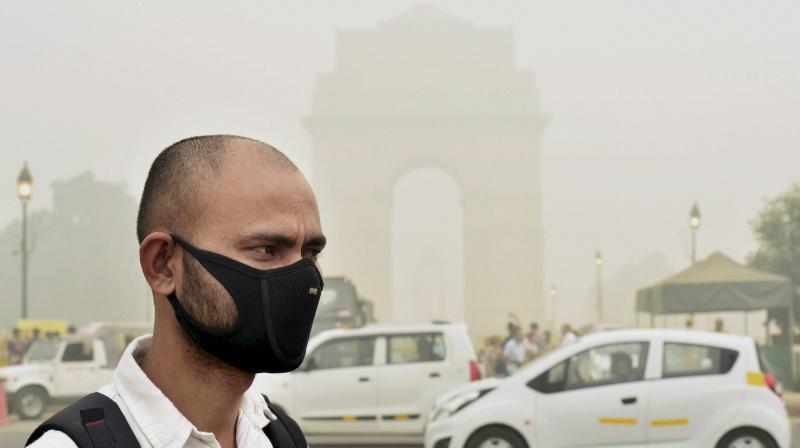 Air pollution has recently become an epidemic of sorts in India, responsible for thousands of premature deaths every year, especially in the landlocked parts of the National Capital Region (NCR) and other states of the Indo-Gangetic plain. Experts have identified biomass burning for cooking, vehicular emissions (exhaust and non-exhaust), crop-waste- and municipal solid-waste burning as some of the primary sources of such pollution across the country.

At the national and international levels, there is a lot of pressure on India’s environmental regulatory and monitoring agencies – both state and national – to collect information on air pollution and its sources in order to evaluate current policies and to propose new mitigation strategies. Since air pollution is not restricted to a particular administrative boundary in the country, it requires a participatory approach between different governments, regulatory bodies and others to collect information about the status and extent of pollution in each region.

As the saying goes, you cannot manage what you cannot measure. To tackle the current air pollution problem, measurement needs to be a priority, including the use of different matrices, methods and tools. However, air pollution measures – including quality monitoring and modelling, emissions inventory and source apportionment data for specific locations and geographical regions – is missing on the ground.

Data on air-quality monitoring is key but significant gaps remain in its infrastructure and in the availability of skilled expertise. A skilled workforce is particularly necessary to handle and collect data, and communicate it accurately to the relevant stakeholders.

Environmental monitoring agencies like the CPCB and and the State Pollution Control Boards (SPCBs) are plagued by a lack of funding and human resources. According to the Air (Prevention and Control of Pollution) Act of 1981, SPCBs need to “inspect air pollution control areas, assess the quality of air and to take steps for prevention, control and abatement of air pollution in such areas.”

However, this does not happen because of a workforce deficiency. A study by IIM Lucknow published in 2010 pointed to this reason – among others, including lack of modern equipment and poor coordination between CPCB and SPCBs – leading to higher workloads and lower efficiency among the staff.

The current staff recruitment process at most SPCBs is unnecessary lengthy. For any new hire, an SPCB has to send a requirement request to the state civil service commission, which oversees the process. As a technical and research body, an SPCB must be given the authority to hire its own staff, to reduce time it takes to hire someone and to ensure that the right people are hired for different positions. The current educational requirement for an SPCB scientist is an undergraduate engineering degree.

According to a report by the Organisation for Economic Co-operation and Development (OECD), India produces 24,000 doctoral graduates every year – the fourth-most in the world. Most of these masters and PhD scholars have a degree from good institutions like the IITs, the National Institutes of Technology and other Central and state universities.

The government should develop a program to recruit students directly from these campuses into its system. Such students from diverse educational backgrounds, such as the environmental sciences, air/water quality management, urban development, etc., are sufficiently trained for this sector and can suggest and/or analyse new ideas and technologies better.

Under the National Clean Air Programme (NCAP), the Government of India has recognised the need to build capacity in different governmental institutions (such as municipalities, resident welfare associations, pollution control boards, etc.) to tackle air pollution in 102 non-attainment cities. The CPCB can also tie up with different institutions and develop programs specific to its requirements to monitor air quality, analyse data and improve capacity to strengthen institutions.

While India does not have a manpower shortage, it does being able to avail the right technical knowledge for various tasks. Various programs can be developed to uplift specific skillsets required by pollution control boards. The design and execution of such policies will only be possible with a concerted effort from both private and public institutions. Effective control of air pollution at its source continues to be a challenge, and we must work quickly and more efficiently to be able to meet the NCAP’s goals: 20-30% reductions in PM2.5 and PM10 levels by 2024.