It stands near the back of the line. 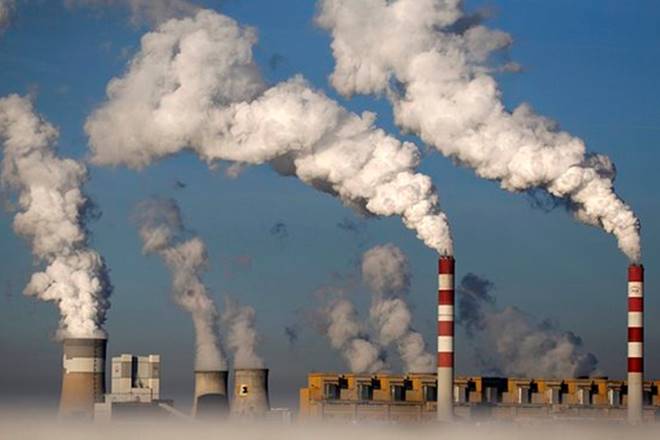 As world leaders meet at the COP25 climate summit in Madrid, the US is the elephant in the room. The world’s biggest historical polluter finally formalised its intent to withdraw from the Paris Agreement last month. The scheduled date of withdrawal is November 4, 2020, one day after the country’s presidential election. These are testing times for the warming planet.

This was the context of a new report from the Centre for Science and Environment (CSE), New Delhi, that takes a closer look at US emissions. (Editor’s note: The authors of this article were involved in preparing the report.)

Last year, the Intergovernmental Panel on Climate Change estimated the amount of carbon dioxide, a.k.a. a carbon budget, the world can emit to keep the world’s surface from warming (on average) by more than 1.5° C by the century’s end. The Paris Agreement calls on countries to stay within this limit.

At the current rate, the remaining carbon budget will be exhausted in 15 years – which makes the US’s emissions all the more relevant to developing countries like India. Not only has the US consumed the lion’s share of the historic carbon pie, its continuing status as the highest per-capita emitter among the world’s major economies leaves little carbon space for developing countries to meet the basic needs of their teeming millions.

A special kind of big polluter

Developed nations such as those in the EU are justly criticised for grossly inadequate emissions cuts. But while the EU’s greenhouse gas (GHG) emissions in 2017 were 22% lower than in 1990, the US’s GHG emissions have actually grown by 3.2%. The country is a special kind of ‘big polluter’.

The baseline year for most developed countries under the Kyoto Protocol is 1990. Two years later, the US committed to combating climate change by signing the landmark United Nations Framework Convention on Climate Change.

But the country prefers to measure its performance against 2005, as the post-2008 global economic slowdown led to a drop in emissions. Even so, its GHG emissions in 2017 were barely 13% lower than in 2005. In recent years, not only has the rate of emissions decline gone down, even the trend of declining emissions has reversed.

America’s carbon dioxide emissions from fuel-combustion actually grew in 2018, and according to one unofficial estimate, the growth rate was at its second-highest in two decades. So the US likely won’t meet its Paris Agreement target of 26-28% emissions cuts over 2005 levels by 2025, as the UN Environment Programme’s (UNEP’s) recent emissions gap report also notes.

Moreover, the US’s targets were grossly unambitious to begin with. Of the G20 group of major world economies, Climate Action Tracker rated only India’s plan as “2° C compatible”. It rated the US’s commitment “critically insufficient” because it could, among other things, cause the world’s surface to warm by a catastrophic 4º C.

The CSE report shows just how little the American establishment has moved. It will need to engage in climate action of a different order of magnitude altogether if has to shoulder its share of the remaining mitigation burden (let alone its larger historical share). The first step is for it to concur with international political consensus and the scientific mainstream by returning to the Paris Agreement, followed by massively upgrading its emissions reduction targets.

In fact, this may well happen if the White House is rid of its climate denialism by the presidential elections next year. But it’s also important to recognise that the US’s withdrawal has greatly stressed other members of the Paris Agreement. By emphasising how little we have lost with the US pullout, the CSE report’s message to the rest of the world’s countries is to show continuing political intent by setting ambitious new targets under the agreement, due in 2020.

CSE’s analysis of the latest datasets from the US Environment Protection Agency (EPA) and the Energy Information Administration (EIA) challenges three key myths about US emissions.

The myth of decarbonisation

The US power sector is undergoing a slow transition. Between 1990 and 2018, the proportion of power produced from coal in the US decreased by nearly half. But this transition out of coal is not a transition into renewables, whose increase in the share of power generated has in fact been miserly.

Instead, this is a transition to another fossil fuel – natural gas – and dictated by the economics of the country’s shale gas revolution. Gas’s share in power production has more than tripled since 1990. The proportion of power generated from fossil fuels has thus barely reduced over 1990 levels.

Natural gas produces less carbon dioxide than coal when burnt — but its production is associated with methane leaks. Methane has a global warming potential 25-times that of carbon dioxide. Researchers have estimated that releasing more than 3.2% (of all the gas being extracted) will negate gas’s climate benefits over coal. In fact, the EPA has long admitted that its estimate of leaks limited by uncertainties while other studies have estimated that leaks may be as high as 8%.

But even assuming the present, and very conservative, leak estimates, the natural gas transition has huge implications for future US emissions. The EIA has estimated that despite the projected decline of coal and oil, the growth of gas will leave US emissions barely 4% lower than 2018 levels in 2050.

Decarbonising the larger economy depends critically on decarbonising the power sector. For example, electric cars may worsen emissions in countries where power generation still requires fossil fuels. In this key arena of mitigation action, the US has been found seriously wanting.

The myth of structural transformation

The US’s per capita consumption figures for most carbon-intensive goods and services are several times higher than the corresponding figure for India – as well as the same figure for other developed countries, such as those in the EU.

Moreover, the US’s consumption has actually grown from already disproportionate levels in the past. While per capita power consumption increased 11% between 1990 and 2017, per capita steel consumption grew by a stunning 20% between 2011 and 2017, overwhelming any gains in carbon efficiency.

For example, even as the proportion of power produced from coal halved between 1990 and 2018, such was the rise in consumption that coal use in thermal power plants has only decreased to below-1990 levels since around 2015. Not only do fossil fuels continue to account for over 80% of US’s overall energy consumption but rising consumption has meant its absolute demand for fossil fuels has actually increased since 1990.

Emissions from transport, the largest sectoral emitter, have grown by a fifth since 1990. Over two-fifths of all transport emissions in 2017 were from cars and SUVs. The US’s transport emissions are the result of the country’s continuing love affair with cars. The vehicle highway miles travelled in the country grew by nearly 50% between 1990 and 2017. Passengers have travelled twice as longer distances by air, the most carbon-inefficient means of transport, than they did in 1990. On the other hand, public transport availability in the US is amongst the lowest in the developed world, even in its relatively well-served urban areas.

Industrial emissions have reduced 12% since 1990, making the sector a leading contributor to the US’s meagre emissions mitigation. However, this is only due to America’s deindustrialisation and the consequent shift in its economy from industry to services. Since this move hasn’t happened together with a fall in consumption, emissions have simply been outsourced to countries the US imports from. So the total carbon footprint of industrial goods consumed in the US may be nearly a third higher than their domestic carbon footprint, and may have actually increased since 1990.

Driving factors include US homes becoming bigger (even though they’re already several times bigger than homes elsewhere), new kinds of electronic goods and appliances and a growing demand for air-conditioning and which has outpaced demand in many larger and warmer countries.

This brings us to what could be the CSE report’s most important message: While reducing the emission intensities of goods and services is crucial, we can’t ignore consumption, the other elephant in the room. The US’s grossly disproportionate share of the global carbon pie is largely due to its consumption, which has continued to grow from already high levels and overpowered any carbon efficiency gains. Reducing consumption needs to be a central theme of the global mitigation agenda.

The myth of non-state action

But we also have a message to our progressive friends in American civil society and academia. A welcome trend of American cities, states and businesses committing to climate action despite the federal withdrawal from Paris has engendered a sense of complacency. Some have argued that these developments could bring the US within striking distance of the Paris Agreement target.

However, the CSE report reveals no hard commitment to change. In this scenario, actions by businesses and local governments will simply not be enough. As one UNEP retrospective report highlighted as one of its 10 key findings, the impact of so-called non-state actors has thus far been limited.

In the end, what we need is a strong federal commitment to emissions mitigation, backed by ambitious targets, substantial funding and robust coordination.

Kapil Subramanian and Tarun Gopalakrishnan are climate policy researchers with the Centre for Science and Environment, New Delhi.