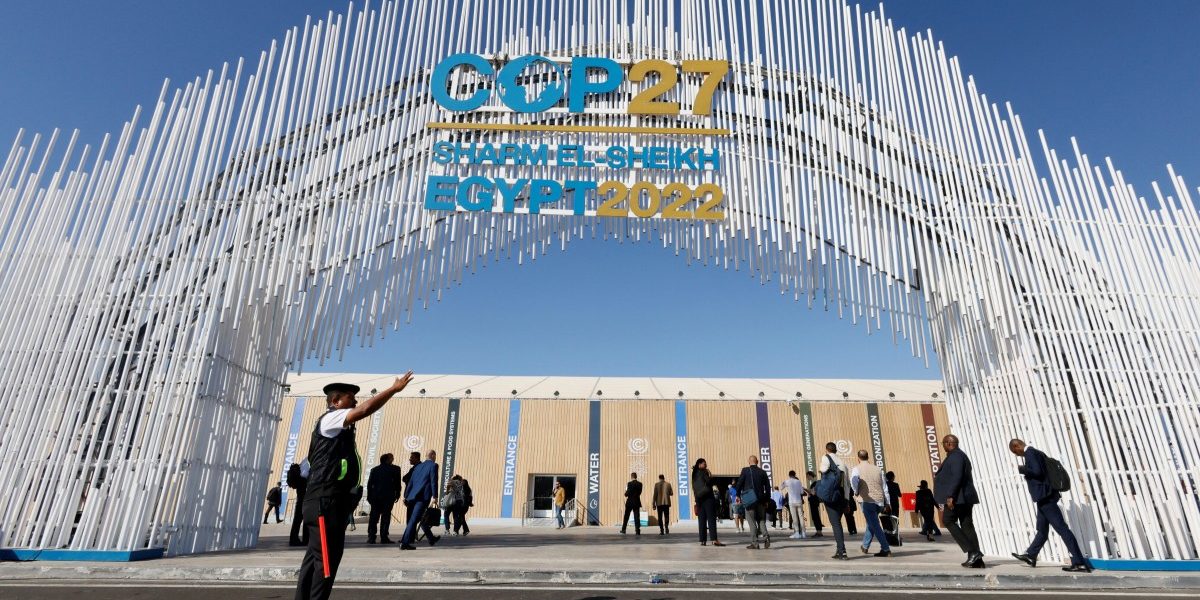 Kochi: Money, money, and more money. The main talk revolved around finance (for efforts to tackle climate change), as well as loss and damages, on November 9, Day 4 of the 27th Conference of Parties (COP27) at Sharm El-Sheikh in Egypt.

November 9 was Finance Day of COP27. Climate finance refers to local, national or transnational financing to support mitigation and adaptation actions to address climate change per the UN. The COP27 Presidency convened the 2022 High Level Ministerial Dialogue (HLMD) on the New Collective Quantified Goal on Climate Finance, which examined the progress made so far, with a view to providing guidance on the further direction of the ad hoc work programme for the following year.

The COP27 Presidency and the United Nations Economic Commission for Africa launched an initiative “Reducing the Cost of Green and Sustainable Borrowing” for African countries, which aims to enable more sustainable financing through mechanisms including Green and Social and Sustainable Bonds (GSS bonds help direct financing to projects with positive climate and environmental outcomes across sectors such as energy, construction and agriculture).

The United Kingdom said it would allow vulnerable countries hit by hurricanes and other climate catastrophes to defer debt repayments. It also announced efforts to implement the use of Climate Resilient Debt Clauses (CRDCs) in private sector lending, and called for all creditors – including private banks, other bilateral lenders and the international financial institutions – to adopt them.

The UN also published a list of projects worth $120 billion that investors could back to help poorer countries cut emissions and adapt to the impacts of global warming, reported Reuters. These include a $3 billion water transfer project between Lesotho and Botswana and a $10 million plan to improve the public water system in Mauritius were among dozens of projects listed.

November 9 also witnessed more talk about losses and damages. Young people at the Children and Youth Pavilion handed over a petition to COP27 president Sameh Shoukry, while campaigning for funding for loss and damage. At the Global Stocktake and Technical Discussion events, discussions revolved around loss and damage too, including the capacities of vulnerable communities and countries to access technical, finance, and other necessary support.

China is willing to contribute to a mechanism for compensating poorer countries for losses and damage caused by climate change, its climate envoy Xie Zhenhua said at COP27. India is also willing to help and is “fully mindful” of the threats faced by small island nations, a government official told The Indian Express. However, paying for damages is the responsibility of the developed nations, the official said, highlighting India’s roles in creating initiatives such as Coalition for Disaster Resilient Infrastructure and its role in developing early warning systems for the world.

Protests at the COP

The day also witnessed some of the first protests at the conference, in the ‘Blue Zone’ which is part of the central conference area and not the designated zone for protest. The Asian Peoples’ Movement on Debt and Development protested at the negotiations venue, calling for stopping investments in fossil fuels, and also calling for climate justice.

“We do not want your grief, your sympathy, your pity. What we want, what we demand is justice, and reparations,” shouted a protester with the group.

As per the inventory which is open access and online, India contributes to 6.7% of the total global emissions, and is the third largest emitter. The power sector contributes to more than one third of the country’s emissions (amounting to 1,273.82 million tonnes of CO2 equivalent).

António Guterres, Secretary-General of the United Nations, called the inventory a “critical initiative”; initiatives like these are “ushering in an era of radical transparency for emissions tracking” by providing independent emissions data, he said.

“You are making it more difficult to greenwash or — to be more clear – to cheat.”

Towards a new carbon credits market

The US announced today a plan titled the Energy Transition Accelerator to develop a new carbon credits market to finance the decommissioning of coal and accelerate clean energy in developing countries.

However, experts have criticised the move for several reasons.

It may solve a “political narrative problem – telling a story about unlocking finance – but is highly unlikely to actually get sufficient, predictable finance moving”, said scientist Navrosh Dubash of the Centre for Policy Research and one of the Lead Authors on the Intergovernmental Panel for Climate Change’s report on mitigation. “At best, the Energy Transition Accelerator will lead to limited, unpredictable flows; at worst, it could undermine the Paris machinery.”

The latter is because countries may not be encouraged to upgrade their Nationally Determined Contributions (NDCs are long term targets to meet climate goals) because “offsets are likely to only be eligible for actions above and beyond those in NDCs” and the “core mechanism” of the Paris Agreement therefore “risks dilution”, he said.

On the cards today

Two Global Stocktake (GST) and related technical dialogue (TD) roundtables on mitigation and adaptation measures, to take stock of the implementation of the Paris Agreement, will continue on November 10. A roundtable discussion on the means of implementation and support will also take place.

The day has been designated ‘Science Day’. It will have events including panel discussions on the outcomes and recommendations of the several reports that were released in 2022 such as the IPCC climate reports and other UN Environment Programme reports.

November 10 is also Youth and Future Generations Day. The Youth-led Climate Forum will present the findings of a policy paper that will be tabled at two roundtables.

More protests by individuals and civil society groups for more action on loss and damage and climate justice are also on the cards.

There will be discussions on climate equity and carbon budgets in the India Pavilion too.