Over the last two weeks, ministers, delegates and negotiators from around the world have sat long hours in negotiation rooms but have been unable to agree on who needs to do what to mitigate the climate emergency. 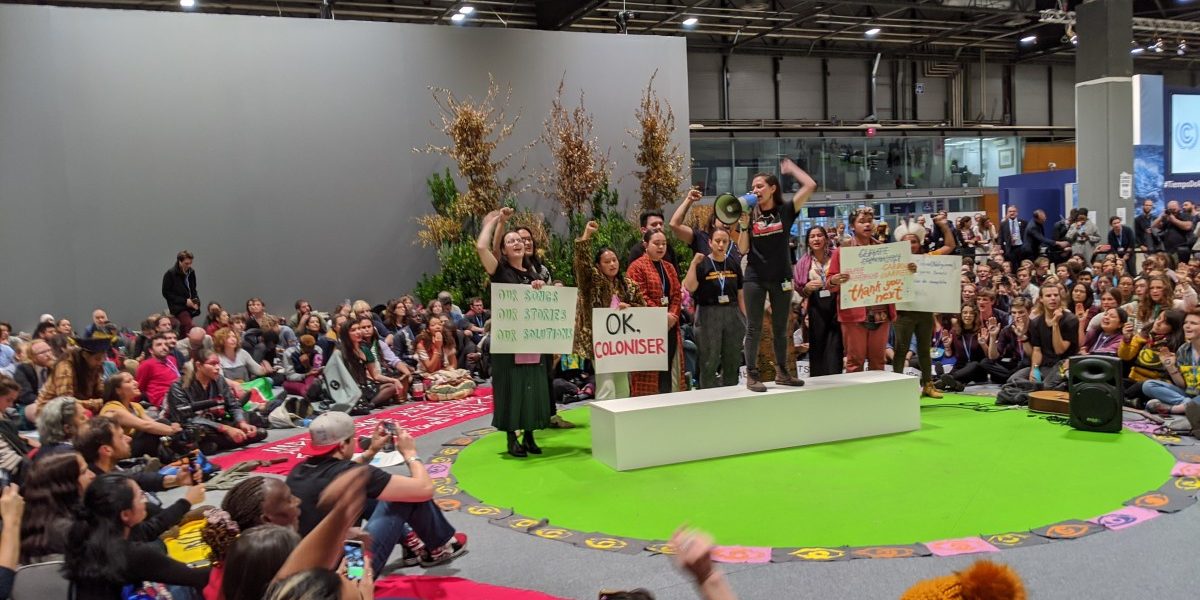 Madrid: “The eyes of the people are on us and we will remain working hard on the text as long as it takes,” a tired Andrés Landerretche, coordinator of the COP25 Presidency, said in a late-evening press conference on Friday.

Countries are yet to reach consensus on key issues and the summit is only a few hours away from its scheduled end. But this is not unusual, veteran reporters said, even as negotiations drag on with little progress.

Over the last two weeks, ministers, delegates and negotiators from around the world have sat long hours in negotiation rooms but have been unable to agree on who needs to do what to mitigate and adapt to the climate emergency.

With the climate action movement growing and gaining strength over the last year, the negotiation process has not kept pace with how public consciousness has evolved. “I’ve never seen the divide between what’s happening on the inside of these walls and what’s happening on the outside so large,” Jennifer Morgan, the executive editor of Greenpeace International, said earlier this week.

And indeed to let the negotiators know, there was another protest on the final scheduled day of COP25 organised by civil society groups. After the protests on Wednesday, which rattled UN security personnel, this one was more measured.

A large circle was formed at a designated protest spot and a small stage was set up in the middle for speakers and musicians. The protest was led by young adults once again, but several not-so-young adults also registered their presence.

One of the slogans called for ‘climate reparations’ to be paid by the developed world to the developing for causing the climate crisis through their emissions. The impacts of this crisis are disproportionately being felt by developing countries as some are more vulnerable and all have limited capacities and infrastructure to deal with extreme weather events.

“We will take this fight from the global south to the global north,” said Indian social activist Vidya Dinker.

Another protestor said that the nations which colonised the world have also caused the climate crisis. “Now the same nations are refusing us our rights so that they can protect their rights to colonise us once again.”

The developed world has continued to refuse to implement its existing commitments and to make any significant further ones that would be in tune with the scale of the climate crisis we are seeing already. A recent report said that almost five lakh people have died since 1999 due to more than 12,000 extreme weather events.

This has counted for very little at COP25, in the rooms that really matter for climate action, where the negotiations happen. They have seen very little progress both on items key to this COP in terms of them being on the agenda, and on other matters which are necessary to be addressed since the earth has already warmed by 1.1 º C and future warming could hit us sooner than was originally expected.

The key sticking points are essentially the same as The Wire reported yesterday – little progress on carbon markets, the only unresolved bit under the Paris Agreement, and on ensuring that commitments made prior to the Paris Agreement are honoured.

The COP presidency in its press conference also hinted that carbon markets – technically known as Article 6, according to its place in the text of the Paris Agreement – could remain unresolved at COP25.  “I am still confident that we can arrive at an agreement today. But maybe we will arrive at a general agreement on article 6 and maybe leave technicalities for inter sessional periods,” said Landerretche late on Friday as 170 pending sections still remain.

On an issue within Article 6, which is key to India – to carry over Kyoto-Protocol-era carbon credits – there is speculation that developed countries, which don’t want any carryover credits, will have to compromise to an extent by allowing the carry over to a limited degree.

The issue of double-counting emissions reductions is a no-go for most countries and is unlikely to make it to the final text of the decision.

The battle remains stiff on the scope and quantum of the levy to be charged for carbon credit trade. Developed countries are holding tight to their stance of not allowing the levy in intra country transfer of credits. Developing countries want equal treatment for both mechanisms: intra-country trade and trade between public and private entities.

India has also spoken strongly on the failure of the developed world to meet its emission reduction targets under the Kyoto protocol and its climate change finance responsibilities. It has called for a two-year work programme to be devised to identify the gaps and to ensure that those gaps are closed.

This proposal has made it to the draft text of the decisions taken at COP25 released early Friday morning. But, it remains one of four options. One of the options is also no mention of any decision on meeting Kyoto era targets which would mean that the slate is wiped clean, as developed countries want. Any of the options could be picked but its likely that a compromise is reached and a broad text acknowledging Kyoto gaps is mentioned in the final decision text.

In the last 24 hours, another issue has assumed significance: increased finance for loss and damage.

The COP presidency recognised the issue in the late evening press conference. “Some groups have been asking for more finance. It is a complex negotiation at the end of the day. The underlying question is how can we go about it. If we need more finance who will provide it? That is the underlying tension,” said Landerretche.

For long, developing countries have demanded that the developed countries provide finance for emergency situations when a weather calamity hits. But, developed countries have treated this as a red line arguing that there are several other funds such as the adaptation fund from which the loss and damage finance should be drawn. The counter argument is that the adaptation fund is depleted and stands entirely invested in projects with little scope to take on loss and damage finance as well.

The draft text that came out this morning doesn’t include strong language on loss and damage finance as developing countries would have wanted. It does ‘urge’ developed countries to ‘scale up’ finance, but that is unlikely to be taken up with any great degree of seriousness.

So on loss and damage finance, the developing world will have to live to fight another day.

The role played by the United States of America on this has been particularly negative. Even though, the USA has started the process of withdrawing from the Paris agreement, it remains a disruptive force at COP25, particularly on issues where more finance is involved.

A group of NGOs from the USA also called out their government on Friday for its role in stalling progress in Madrid. “The USA should be held responsible. It has played a uniquely damaging role particularly on the issue of loss and damage finance,” said one of the representatives.

Technically, the issue of loss and damage is addressed through the Warsaw International Mechanism for loss and damage (WIM), established in 2013, and is part of the Paris Agreement.

As a result, making the developed countries commit to more finance for loss and damage has proven difficult as it is seen as compensation. The US wants the same to hold true under the convention, of which it will remain part, so that it does not have to provide any loss and damage finance.

“We already know the US is deeply hostile to climate action and global cooperation. But after pulling out of the Paris Agreement, the Trump administration is now making a cynical and paranoid play to further distance itself from responsibility for the harmful impacts of climate change and to further protect itself and other polluters from liability for the crisis,” said Harjeet Singh, a member of Action Aid International.

Now, according to sources, the US has held the entire decision on loss and damage – which does not include any substantive language on finance – in abeyance until its demand to either not include WIM under UNFCCC or to refer to paragraph 51 of the Paris Agreement is met.

It will only become clear on Saturday as to what shape the negotiations take and whether there will be anymore results from COP25.

“You do your best as presidency. But at the end of the day it’s up to the parties. If they don’t want to agree, there is not much we can do,” Landerretche said at the press conference.