US President Donald Trump and Brazil's President-elect Jair Bolsonaro have both suggested they would like to withdraw from the Paris Agreement on climate change. 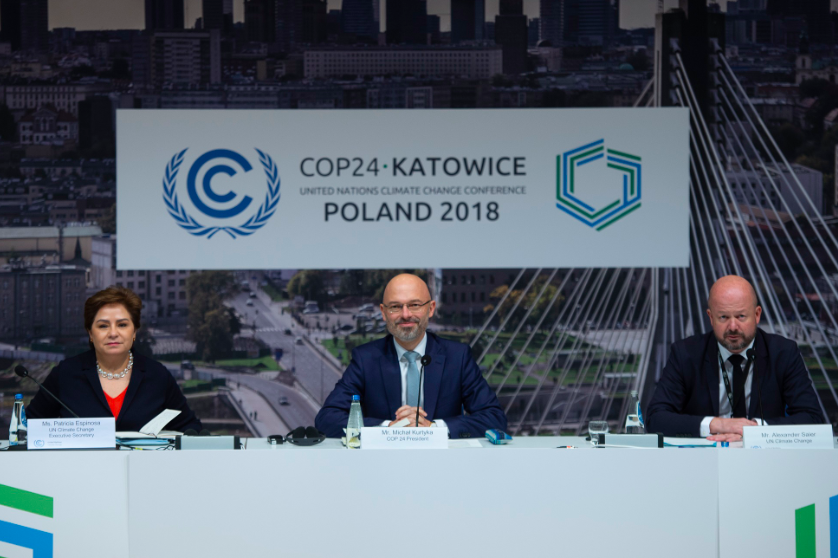 New leaders have emerged over the past few years who have changed the highest levels of political and diplomatic discourse. After divisive elections, both the US and Brazil are among the countries to have succumbed to the “strongman”.

The modern strongman is a leader who rules by force and bluster, and who shuns cooperation in favour of an isolationist and protectionist foreign policy. This attitude is usually reflected in a very dim view of climate action. The US president, Donald Trump, and Brazil’s president-elect, Jair Bolsonaro, are both doubtful about climate science and have both suggested they would eventually like to withdraw from the Paris Agreement on climate change. At the latest COP24 climate talks in Poland, the US hosted a pro-coal side event, while Brazil has pulled out of hosting next year’s talks, COP25.

Yet the two countries are a vital part of any fight against global warming. The US remains the world’s largest economy, and is the largest consumer and one of the largest producers of fossil fuels. Brazil also has a huge population and its wealth of natural resources – including the world’s largest rainforest, the Amazon – are under threat.

In this context, with these leaders, what hope is there for the future of climate treaties and conferences?

Yet despite Trump, Bolsonaro and a few other awkward parties, delegates at COP24 have reached agreement on most of the “rulebook” for implementing the Paris Agreement on climate change. It is important to remember that Paris had 197 signatories with 184 countries ratifying it. This agreement is about more than just a couple of nations.

Also Read: COP24: Will It Ever Be More Than a Yearly Gathering?

Countries, it seems, are still working together. A significant reason for this is money – and, as the old adage goes: “money makes the world go round”. Many nations are still feeling the effects of the 2007-2009 financial crisis, and money remains in short supply. Any chance to create jobs and new investment will be welcomed by governments across the world, and investing in clean energy is one solution. Political leaders everywhere, including strongmen, are still motivated by money.

For example, in many countries, public health has became a key climate change issue. Just look at China, where leader Xi Jinping shares some characteristics with classic strongmen yet his government has realised that fossil fuel use comes at a growing cost to public health, tourism and labour productivity. The Lancet estimates the welfare costs from pollution to be equivalent to 6.2% of global GDP – and these costs are rising. One way of negating the effects is to adopt a more climate change-friendly economic policy as China has been developing – for example, improving regulation, introducing environmental taxes and developing sustainable development zones.

One key issue to emerge from the Paris Agreement was the idea of a “just transition”, which seeks to ensure that moving from a society based around fossil fuels to a new low-carbon economy is done fairly and with adequate support for workers. The Paris Agreement refers to:

Taking into account the imperatives of a Just Transition of the workforce and the creation of decent work and quality jobs in accordance with nationally defined development priorities.

This issue of a just transition remained relatively dormant but has risen to prominence over the past year. It was highlighted in the communiqué produced from the recent G7 talks in June this year. And notably, at the start of COP24, in a country dominated by coal, the Polish prime minister even announced a declaration on support for workers in rapidly-changing industries.

Also Read: What Trump’s Decision to Pull the US Out of the Paris Climate Deal Means

There is no doubt that strongmen can distract from the global movement on climate change. But ultimately the movement has already gathered sufficient pace for continued cooperation by other countries, as evidenced by the numbers signed up to Paris. It is unfortunate that certain leaders will slow progress on climate action, perhaps particularly in their own countries, but nevertheless investment data shows that more and more low-carbon energy projects are receiving financial support globally.

In following data trends, it is also clear that the cost to public health systems, the loss of worker productivity and the loss of tourism all from pollution is becoming more costly to societies than to reorient themselves to a low-carbon economy. In particular countries are acting on energy infrastructure issues and are developing strategies to deliver new low-carbon infrastructure.

Finally, there is recognition through the just transition movement that the labour force of our current fossil fuel-dominated economies needs to be transitioned to a labour force that builds a low-carbon economy – currently Scotland, Ireland, Germany and several states in the US and Australia are establishing commissions to deliver this policy.

Money talks and, with finance now being geared towards low-carbon investments, it will supersede even the interests of media-savvy strongmen.