Amid Disagreements Between Parties, COP27 Extended by a Day to Continue Negotiations

The European Union has agreed to a fund for loss and damage, which vulnerable and developing countries have been asking for. However, the consensus came with conditions. 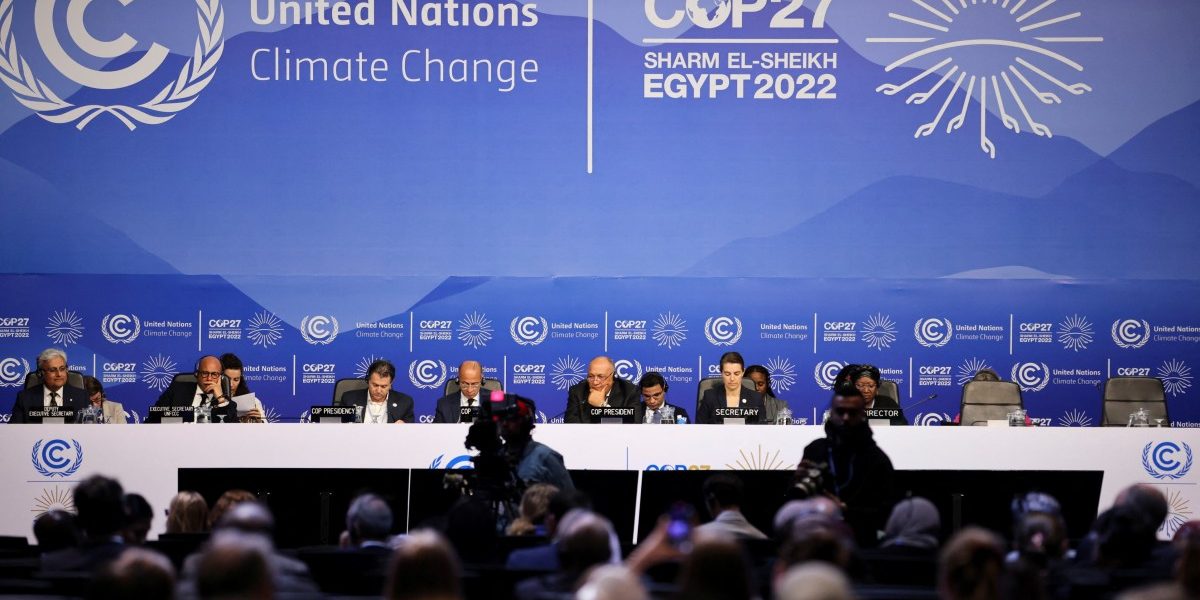 Kochi: Friday, November 18, was officially the last day of the 27th Conference of Parties (COP27) at Sharm El-Sheikh, Egypt. However, the climate summit has been extended by a day to afford more time for negotiations as disagreements between parties on several critical issues, including funding for loss and damage, continued. Negotiations had already dragged into the early morning of November 18 from the previous night.

The Indian Pavilion at Sharm El-Sheikh closed on Friday. The last of the events which included NGO and country press conferences and pavilion events, including the role of youth and digital innovation in promoting transformative climate action, also concluded on November 18.

On the morning of November 18, the European Union agreed to a fund for loss and damage, which vulnerable and developing countries have been asking for. However, the consensus came with conditions: the fund would be only for the “most vulnerable” countries, such as island states and a few others. This excludes countries such as Pakistan and India that are part of the G77 bloc. The expectation is that major emitters such as China – and possibly India too – will have to contribute to this fund.

Frans Timmermans, vice-president of the European Commission, said that the economic situation of countries in 2022, and not 1992 – when countries were classified as developing – needs to be taken into consideration.

“We should acknowledge that in the past year the EU has moved significantly and is now supporting a loss and damage fund at COP27, including a new proposal to finance it by taxing polluters and fossil fuels,” said Chiara Martinelli, director at Climate Action Network, Europe. “To gain support, at this final stage of the negotiations, the EU needs to strengthen the inclusion of equity and recognise the historical responsibility of big emitters, bringing new and additional funds.”

Also read: Our Planet Is Undeniably in Crisis and Desperately Needs COP27 To Succeed

India showed solidarity with the clear ask for a fund for loss and damage even if India is unlikely to be the primary beneficiary of that fund, said Tarun Gopalakrishnan, junior research fellow, Fletcher School, Tufts University, who studies law, international relations and Indian environmental policy. But India has to now deal with the pressure created within its coalition by the EU’s double-edged proposal, which attempts to bring large developing countries like China (and India) into the ‘funder base’. 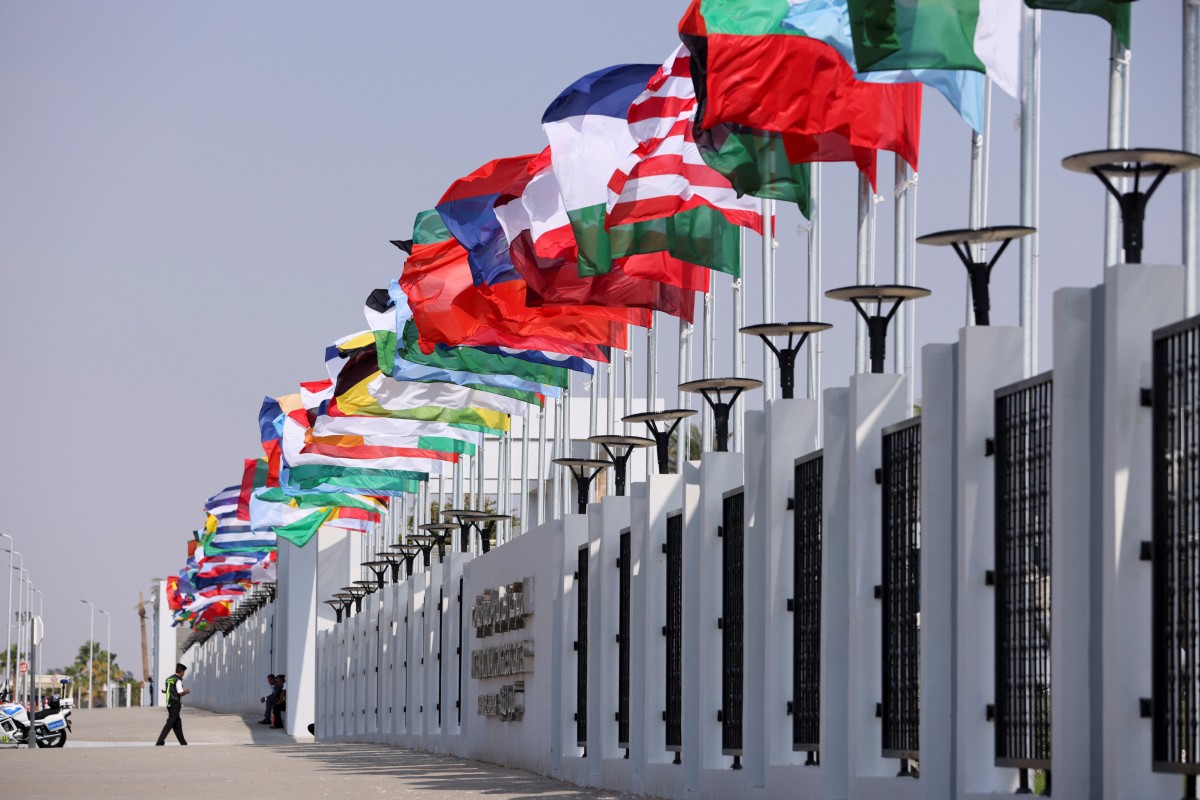 “India may contribute to disaster relief in other countries out of solidarity, but being obligated to do so in a COP decision document would be a massive concession,” he added.

Some developed nations including the United States and the United Kingdom have issued a draft proposal on loss and damage funding to assist developing countries that are “particularly vulnerable” to climate change, reported Reuters late on November 18.

Another draft of the Cover Decision, or main text, arrived on Friday morning. It is shorter than the first (10 pages versus the 20 of what was called the first draft).

This was the “presidency’s product”, said Wael Aboulmagd, special representative for the COP27 presidency, in a press conference on the afternoon of November 18, while the earlier, 20-page document was not a presidency document, he added. Not everyone is happy with it (the Presidency’s draft of November 18) but that is to be expected; the COP Presidency expects to produce another iteration of it to take into account more views and considerations after receiving more feedback from the Heads of Delegations on the night of November 18, he said.

The November 18 document called for the “phase down of unabated coal power and phase out and rationalise inefficient fossil fuel subsidies”, and urged parties to accelerate efforts towards the “phase out of unabated coal power and inefficient fossil fuel subsidies”. The Indian negotiator intervened and requested the chair to revert back to “phase down”, reported the Times of India.

India, backed by the EU and the US, attempted to include the phase-down of all fossil fuels, and not just coal, in this draft but that appears to have been removed, reported Reuters. Activists, too, have called for an equitable phase out of all fossil fuels – coal, oil and gas.

Meanwhile, the final text for the Santiago Network, which aims to provide technical assistance to developing countries that are particularly vulnerable to climate change, was also published on November 18. It will establish an advisory board with representatives of indigenous communities, women and members of the youth also being part of it.

With parties disagreeing on several crucial agenda items including the mitigation work programme, global goal on adaptation and climate finance, negotiations which were to wrap up on Thursday continued on Friday. There is still no consensus on a fund for loss and damages.

“A lot of issues including [the] mitigation work program, the global goal on adaptation, loss and damage, and climate finance are being negotiated as they remain contentious,” wrote India’s Union environment minister Bhupender Yadav in his blog.

At the informal stocktaking plenary at 1:30 p.m. EET, COP President Sameh Shoukry called on parties for a quick resolution, and that they needed to “shift gears” as time was not on their side.

Ten-year-old Nakeeyat Dramani from Ghana received a standing ovation for her speech at the plenary as she urged the delegates to not renegade on their responsibilities and take strong decisions including paying for the loss and damage caused by climate change. “Dear people at this COP,” she implored. “Have a heart and do the math. It is an emergency.”

A final decision on the outcomes of COP27, including the Cover Decision and an agreement on a fund for loss and damage that G77 countries are pushing for, is expected today, November 19. A press briefing by the COP27 presidency had been listed for the evening of November 19.