The protests, which are being called ‘Fridays for future’, saw adults being led by school children.

In Delhi, over a hundred school children gathered outside the Ministry of Urban Affairs and Housing on September 20, 2019, demanding action against emissions from cities. Photo: The Wire

New Delhi: With world leaders due to meet in New York and table their plans of action for minimising climate change, a global strike led by the youth is taking place across the world. The protests, which include 5,200 events in 156 countries are led by a range of organisations like 350.org, Fridays for future, Extinction rebellion and Earth Day Network.

The protests began in the east, which rises before the rest of the world. In Australia, over three lakh people took to the streets across cities. This has been described as Australia’s largest mobilisation since the protests in 2003 against the Iraq war.

Pacific island nations like the Solomon Islands and Vanuatu also participated in the strike. A recent leaked UN report has once again driven home the threat that small islands face due to rising sea levels as a result of human-induced climate change. According to the leaked report, by 2050 small islands and low-lying nations are going to suffer due to ‘extreme sea-level events’ every year.

The protests, which are being called ‘Fridays for future’, for the first time included adults being led by school children. The movement took off after Greta Thunberg, the then 15-year-old Swedish girl, went on a strike all by herself every Friday outside the Swedish parliament in August last year.

Also read: ‘We Are Striking to Disrupt the System’: In Conversation with Climate Activist Greta Thunberg

Subsequently, school students across the world followed her lead and began protests which involved skipping school and protesting at a public place in their city or town (it largely remains an urban phenomenon). The Friday protests reached a crescendo in March when an estimated 1.4 million students in 123 countries missed school to protest and demand that governments across the world take stronger measures to curb greenhouse gas emissions. 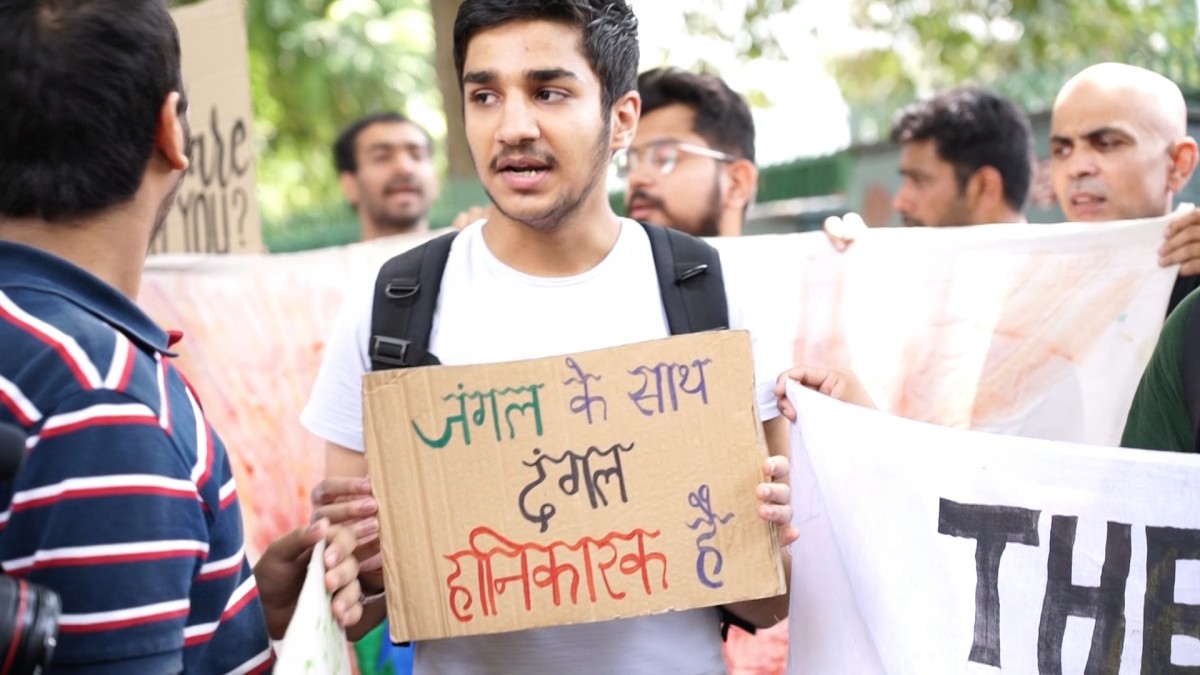 Since she took the lead last year, Thunberg has become the face and energy behind the movement. “Greta has become almost a synecdoche for the global climate movement: its mascot, its theorist, its revolutionary, and a representative “victim” of generational malice,” the journalist David Wallace-Wells wrote in a recent piece about her in the Intelligencer.

She has spoken at events around the world populated by world leaders, the wealthy and the wise. In December last year, she addressed the UN Climate Conference (COP 24) in Katowice, Poland, urging world leaders present to act and accusing them of ‘stealing their kids’ future’. Subsequently, she spoke at the World Economic Forum at Davos, addressed the European Economic Conference and the US Congress, where she asked the members not to listen to her but to scientists and submitted a copy of the UN SR 15 report as her testimony.

The report was released in October last year and has been referred to as the ‘doomsday’ report. It has warned of dire consequences even if the commitments made by nations under the Paris agreement are met. Under the 2015 agreement, 195 nations agreed to cut emissions in order to restrict global temperature rise ‘well below’ two degree Celsius above pre-industrial levels and ‘pursue efforts’ to limit temperature rise to 1.5 degree Celsius.

The SR 15 report warned that the 2-degree target would be insufficient to avert climate catastrophe. It said that the world is already at one degree of warming and the climate impacts would be exponentially more between a 1.5 degree warmer world as compared to a two-degree warmer world. Several hundred million more people would be vulnerable to ‘climate-related risks and susceptible to poverty’ and ten million more people would face permanent inundation due to the rise in sea-level.

The report also said that the pace at which emissions are required to be cut, in order to avert large scale climate change impacts, need ‘unprecedented changes’. It warned that the window to act in order to keep the world below a temperature rise of 1.5 degree Celsius above pre industrial levels is fast closing. According to the report, the world has until 2030 to cut emissions by 45%, instead of the 20% that the 2 degree pathway requires. 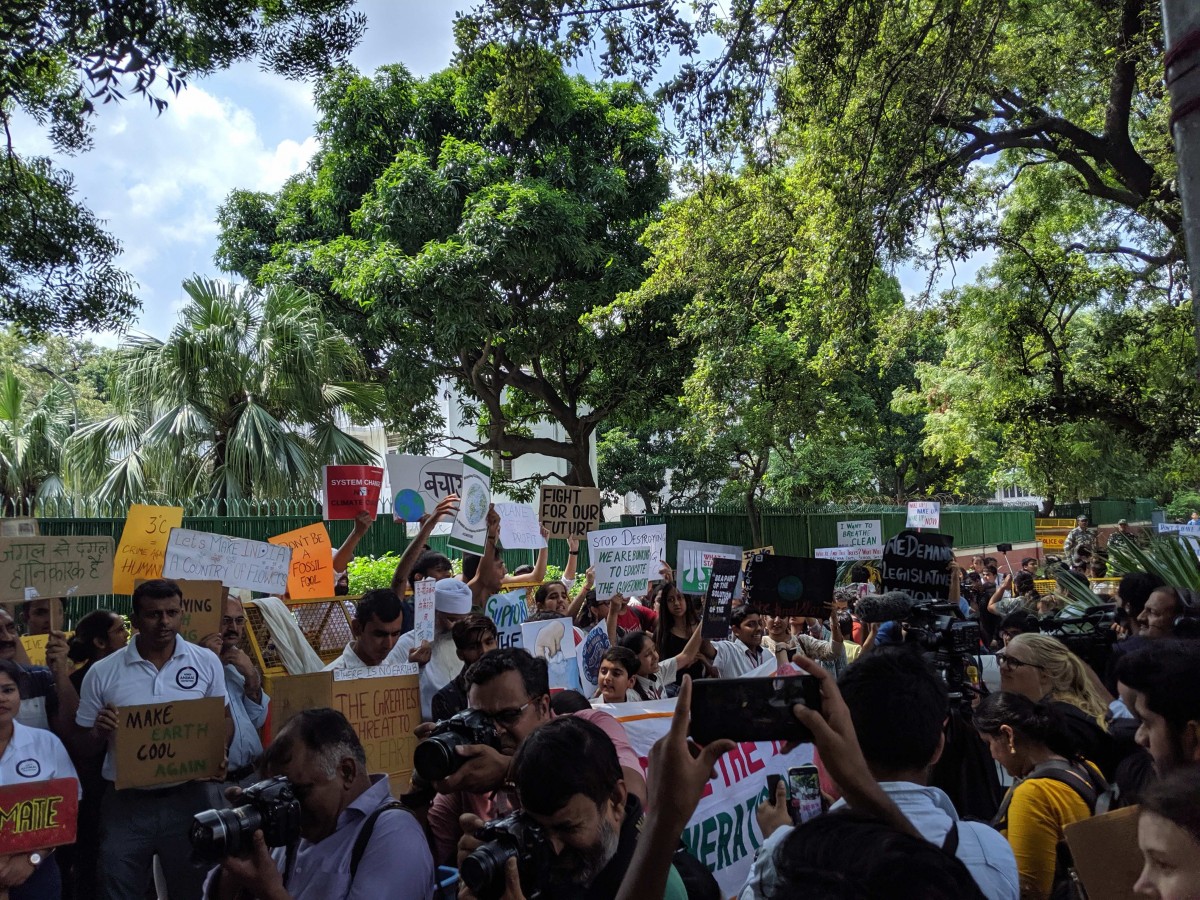 The SR 15 report and the rise of the school students’ movement has coincided to bring forth an unprecedented focus on the climate crisis that the world is heading towards. The movement has gathered strength and has led to some tangible changes.

Today’s protest was organised with a firm eye on the UN Climate Action Summit scheduled to take place next week in New York. The UN secretary-general has called upon world leaders to focus on action. “Don’t bring a speech—bring a plan,” he said earlier this week.

World leaders are expected to take to the podium and improve upon the Nationally Determined Contributions (NDCs), which they had announced after the Paris agreement and which detail each nation’s efforts to curb national emissions.

According to estimates, New York alone would see 1.1 million school students hit the streets. The organisers are upbeat that by the end of Friday, in all parts of the world, the number of protestors would be far greater than the number who had joined in March. The mobilisation is being called by some the ‘largest environmental protest in history’.

The protest was also observed in 70 cities and towns across India including tier 2 and 3 cities like Indore, Tehri, Ludhiana and Meerut apart from the larger metropolitan centres of Bengaluru, Ahmedabad, Mumbai and Delhi. 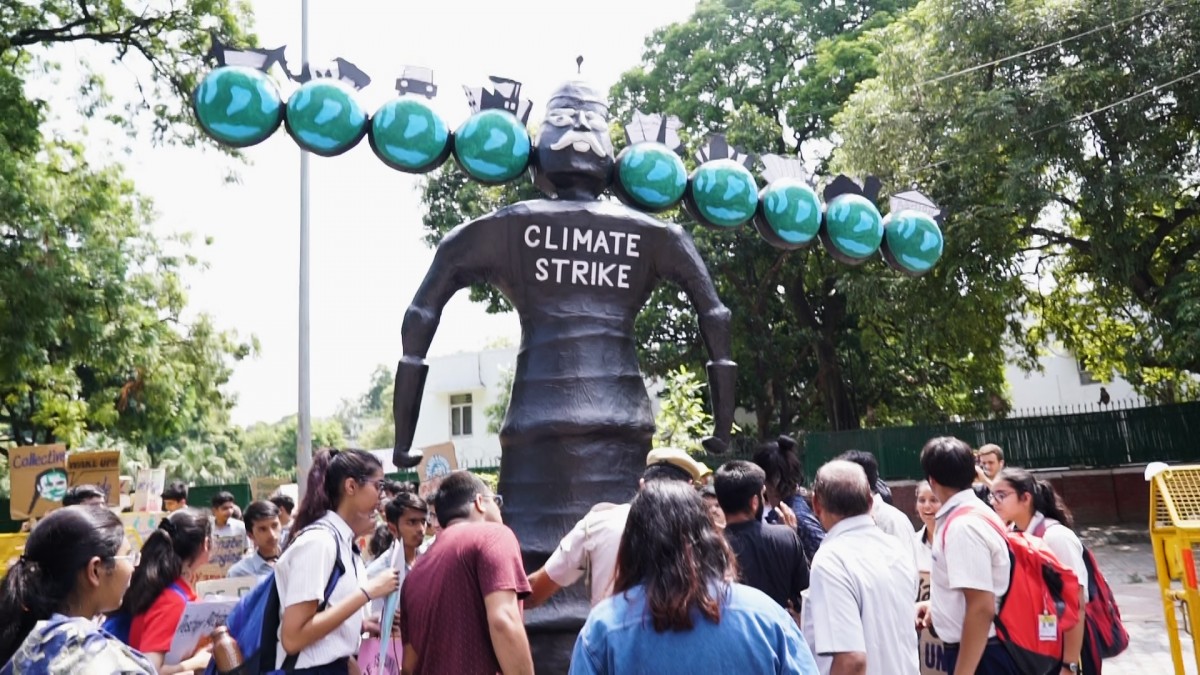 In Delhi, over a hundred school children aided by their parents and several others gathered outside the Ministry of Urban Affairs and Housing demanding action against emissions emanating from cities in particular. With Delhi being one of the most polluted cities in the world, air pollution was a significant focus for the protestors who demanded that more trees be planted, polluting vehicles be banned and polluting industries be closed.

Also read: Interview | ‘We’re Finally Talking About Solutions on the Scale of the Crisis We Face’: Naomi Klein

The protestors will continue through the week and the protestors will pick up different environmental issues – including felling of trees, interlinking of rivers, use of plastic – every day. The week of protest will culminate on September 27 when the protestors will march to the Prime Minister’s office to urge him to declare a ‘climate emergency’.

“And we will be back on the streets every Friday,” said 17-year-old Geetika Sharma in Central Delhi holding a banner which read, ‘Satyagraha for future generations.’ “If 16-year-old Greta can do it, so can we,” she said.