Why Climate Change and Bigoted Legislation Are Toxic Bedfellows

Nationalist citizenship laws, such as but not limited to the Citizenship (Amendment) Act 2019, will only make climate change mitigation and adaptation harder than they already are. 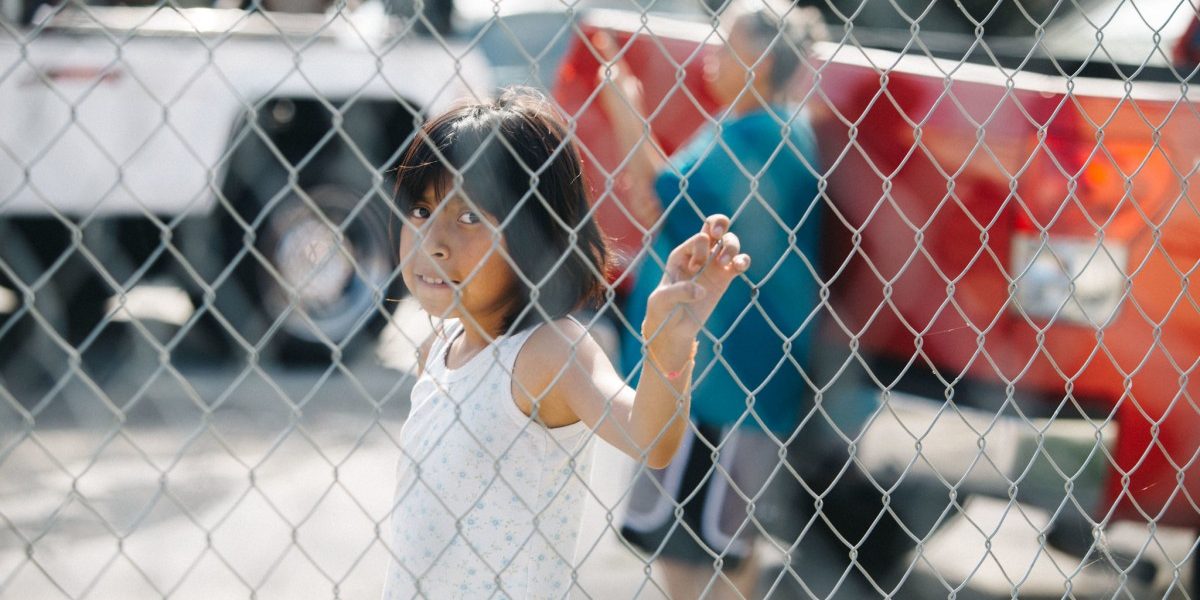 At a protest in Los ANgeles in September 2017 calling to end deportations, a girl looks on from behind a fence. Photo: mollyswork/Flickr, CC BY 2.0

In a climate-changed future with higher sea levels, water scarcity, drought and extreme weather events, nature will not discriminate between who is or isn’t Buddhist, Christian, Hindu, Parsi, Shia, Sikh, Sunni or, for that matter, Pastafarian.

Hyper-nationalistic and bigoted legislation, particularly legislation related to citizenship or residence, will impact both climate migrants and internally-displaced climate refugees. Such legislation will be anti-poor, stoke regional tension, spur conflict, harden chauvinistic sub-nationalist stances, severely hamstring economic activity, and will ultimately prove to be ethically and morally untenable. Parts of the world are already witnessing such tragedies.

Political systems have thus far struggled to recognise that climate change will be a major driver of political societies in the future, and recent developments have cast this shortsightedness in short relief. Many contemporary socio-environmental happenings, such as the Pathalgadi movement in India, where tribal people emphasise their constitutional rights of swaraj (i.e. right to self-governance) and their right to environmental emancipation, or the Extinction Rebellion in Europe, where civil disobedience is being used as a tool to take on myopic governments unwilling to recognise the climate crisis, should be interpreted as civic responses to tribalist and morally bankrupt mainstream politics incapable of including even the term ‘climate change’ in their vocabulary, at least in any nuanced fashion.

But people, especially policymakers, are only just waking up to the implications of the third factor, non-climate drivers, in the form of government policies that determine community-wise resilience to climate processes and events. Analysts of geopolitical policy have shown how hardlining policies along hyper-nationalistic or linguistic lines can multiply extant threats and push vulnerable states over the brink.

This framework, composed of the three factors, can also be used to analyse how people displaced within countries are likely to be treated as, for example, they move from one state or region to another. Researchers have argued that within large polities in South Asia, the voices of the people most likely to be affected by climate change – i.e. those who live on the margins of society and in resource-poor environments – have been drowned out by development-hungry urbanites. As a result, discussions about climate change, or statements on climate change mitigation and adaptation, rarely feature in election agendas or campaigns of the major political parties in India.

But thanks to climate change, overly strident sub-nationalisms seeking to create interest groups based on religious or linguistic lines are likely to be isolated by barriers of their own making, over time. So the larger implication for internally displaced people is that they will potentially be forced into a situation of statelessness within their own country in the face of a rapidly changing climate and biased legislation.

Communities in South Asia are highly vulnerable to global warming and erratic rainfall patterns. The World Bank has estimated that 800 million people in the region are likely to face diminishing living conditions if the world’s average surface temperature increases by 2.2 ºC by 2050 in a high-emissions scenario that may indeed come to pass, especially given the demand for fossil-fuel energy is likely to increase by as much as 66% by 2040. Sea-level rise alone can potentially endanger the lives of 135 million people in South Asia.

Bigoted legislation governing citizenship and residency, originally conceived by the pursuit of nationalistic or religious goals, can turn even more xenophobic in the context of sub- and inter-national climate migrants. A climate of fear clouds our ethical and moral response to humanity’s potential movement due to climate change. Many countries have resorted to fear-mongering as a tool to push through policies that close their borders and turn hopeful climate immigrants away.

On the other hand, a more humanistic politics firmly rooted in ethical and moral principles will be required to ensure that our world – and the world of our children – does not turn into a toxic wasteland, literally and figuratively.