One in Eight Bird Species Are Found in India – But Do We Really Care?

One of the dozen megabiodiverse countries of the world, India has an impressive 1,263 species of birds – 12% of the number of species worldwide. 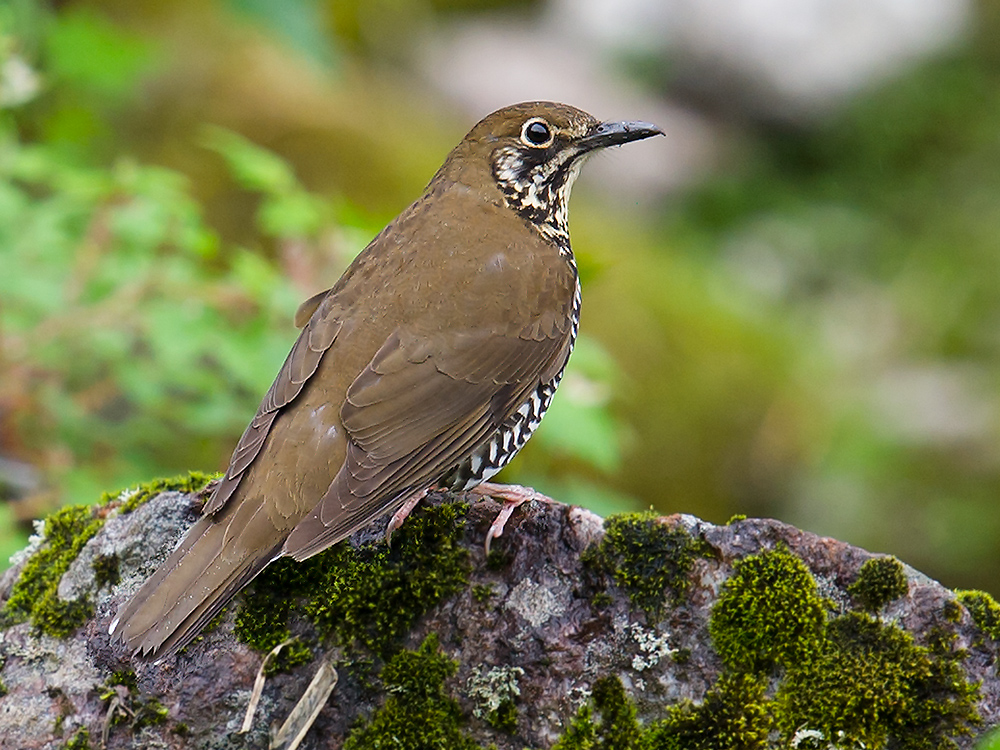 While searching for birds, you could either use your eyes or ears. Some people search for birds by looking out for their colours – a brilliant cobalt blue of an Indian roller; a dash of turquoise worn by a white-breasted kingfisher bossing about near a stream; a dull muddy-coloured munia sporting a shining silver bill. Others ‘look’ for birds using their ears. The Malabar whistling thrush, for example, has a trilling, undulating, phee-phee-phee song which sounds exactly like someone whistling a favourite childhood melody.

Praveen J. looked for birds by listening. On December 24, 1994, he heard the whistle-like song of the Malabar whistling thrush. Since then, he has been searching for the endemic bird, named for the region in south India, in the Western Ghats. Hyderabad-based Aasheesh Pittie marvelled at a pair of pied mynas who went about building their nest in the middle of the city’s polluted bustle. Rajah Jayapal searched for warblers, a very diverse and difficult-to-identify group, with his occasional failure at recognising a particular warbler not dampening his enthusiasm for them.

India is one of the twelve megabiodiverse countries in the world, containing profusions of taxa, sub-species and endemic species. Of these, birds are the most well-known, well-followed and numerous by far. But while birds are held popular by the casual birdwatcher and ornithologist alike, just how numerous are they? It is a question that both old-fashioned taxonomists as well as new-age, digital-camera-toting bird-watchers have pondered for years. Praveen, Pittie and Jayapal decided to answer that question.

Several years later, the results are in: India has an impressive 1,263 bird species.

Of these thousand-plus birds, the newest addition has been the Himalayan forest thrush (Zoothera salimalii; Alström et al 2016). Interestingly, this bird was found by ‘ears’ rather than eyes. A differentiating song from the plain-backed thrush got biologists interested in the species. Meanwhile, the white-browed crake (Amaurornis cinerea) is the latest entrant to the country’s bird list (Gogoi & Phukan 2016).

‘How many birds does India have’ seems like an easy enough issue to tackle. Wouldn’t it just mean combining bird-lists, created after much labour, over the years, by thousands of birdwatchers? After all, birdwatching is one of the most popular natural history pursuits globally, generating huge tourism revenue. A lot is known about birds in India; the country stood third in the world in terms of the number of bird checklists being uploaded for bird counts. But the making of a definitive checklist was not just about adding up existing bird lists. It also involved a lot of ratification and re-checks.

“To make a case for a bird’s inclusion, all records were looked up for veracity. Authors were contacted to further verify sightings,” Pittie says. Moreover, decisions needed to be taken on which birds to exclude: more than sixty bird species, understood to be found in India, were left out for want of evidence.

The authors began by calling for publications on Indian rarities. “We started a specific series in Indian Birds dedicated to conservationist Zafar Futehally known as ‘Notes on Indian Rarities’. It involved tracking each and every record of a rare species – be it published in peer-reviewed journals or grey literature including newspapers, websites, discussion groups, museum specimen catalogues or even personal communication,” Praveen says. “We had to touch base with a large number of correspondents in India and abroad to get sufficient details to evaluate the status of each bird, and whether it should be ‘included’ or ‘excluded’.”

The checklist includes all of Indian territory, including bird records from the marine area under the country’s exclusive economic zone (EEZ) that extends to 370.4 km beyond the coasts. Several pelagic or oceanic birds are not recorded on shore but far into the sea. Several other are nomadic, as the checklist points out.

One of the dozen megabiodiverse countries of the world, a new checklist says India also has an impressive 1,263 species of birds – 12% of the number of species worldwide.

“We had to be over-cautious before we decided to knock off [some] species from the India Checklist, as they have always been believed to occur in India. This is particularly so in the case of ‘familiar-sounding’ birds, like Nordmann’s greenshank, the eastern crowned leaf warbler and the White’s thrush, which are often assumed quietly by Indian birders that they are regular here. But we find no supporting evidence for occurrence of these taxa within Indian limits,” says Jayapal.

To see a world in a grain of sand The cover of the journal Indian BIRDS to mark the publication of the checklist. Credit: Special arrangement

The poet William Blake wrote about seeing the world in a grain of sand, and heaven in a wild flower – elegies to how the smallest things could show us the meaning of life, science and our sympatry with nature. And much like the allegory, birds have been described as being bio-indicators of the natural world, proxies for the status of environmental degradation and pollution, thus providing inputs for conservation and planning.

Within the 1,263-bird-long checklist, 61 are endemic birds. These are ‘Made in India’: they are found only in India. They include the Nicobar scops owl (Otus alius; Rasmussen 1998), the Bugun liocichla (Liocichla bugunorum) and, most recently, the Himalayan forest thrush. Several of these species represent dual challenges to conservation: they are found only in the country and some are found specifically in habitats under threat. For instance, the endemic Narcondam hornbill (Rhyticeros narcondami) is found only on the volcanic island of Narcondam in the Andaman sea. And this remote island is tiny – about seven square kilometres – and the bird is under threat from the development of a radar station on the island.

Then, there is the question of birds that are in the checklist because they’ve occurred in the past but, tragically, may be extinct in the wild today. Conservationists have been searching for the Jerdon’s courser, for example – a bird that lives in Andhra Pradesh’s scrub forests, with little luck. Last seen in 2009, the bird has not been spotted since.

“The nocturnal Jerdon’s courser is a congener of an African family, connecting back to that continent via the ocean floating Gondwanaland. Whether the species is at the end of its avatar on Earth, due to a disappearing ecological niche, mostly human-induced, or whether there is a biological reason, like the loss of critical numbers that induce breeding, or a vital food source vanishing, we don’t know,” Pittie says. “The tragedy is that, being nocturnal, it is a difficult bird to study, compounded by what I would term ‘criminal’ negligence by governments in obstructing biological studies, not really bothering about the bird’s impending extinction if the present deterioration of its habitat continues.”

“The moot question is why endemics are not treated as national treasures, and given all the support required to ensure their survival? Each endemic species is as unique as the Taj Mahal, and perhaps more vulnerable, because they are icons in the eyes of a paltry few, whereas the Taj is adored the world over.”

Apart from a wealth of endemics, India also has large bird families with several ‘members’. Among them, the chats, robins and flycatchers (Muscicapidae) are the most diverse in Indian avifauna (97 species). They are closely followed by raptors (Accipitridae: 57); and typical babblers, laughing thrushes and allies (Leiothrichidae: 53). Other significant families include ducks and geese (Anatidae); galliforms (Phasianidae); waders (Scolopacidae); gulls and terns (Laridae); woodpeckers (Picidae); finches (Fringillidae); and leaf warblers (Phylloscopidae). Each accounts for over 30 species among the Indian birds.

A strange sort of moniker

Endangered Gyps vultures in Pench, Maharashtra. The population of these vultures has crashed by over 90% because of the use of a banned veterinary drug. Credit: Neha Sinha

And bird names in themselves can be whimsical and confusing. For instance, teal in the bird-world is not just a colour but a sort of duck, too. A bird described as ‘Greater’ may appear quite small to the uninitiated. Several birds have alternate names that don’t seem to have been derived from any English. Some birds are named after the people who discovered them. And some more are named after their wives.

For instance, the British naturalist Allan Octavian Hume ‘discovered’ and described many birds, such as the Hume’s short-toed lark. Mrs Hume’s pheasant, an elusive pheasant that is the state bird of Manipur and Mizoram, is named after Hume’s wife.

If one says ‘zitting cisticola’, you might think of a fizzy drink. The story is that the famed ornithologist Salim Ali said the zitting cisticola’s call sounded like a pair of scissors sniping with a ‘zitting’ sound. The bird has the alternate name of streaked fantail warbler, which the checklist mentions.

For the format of bird names, hyphens and diacritics are also of relevance. The authors used the standard set by the Howard and Moore Complete Checklist of the Birds of the World. This capitalises the first letter of the first word, while descriptors like colours and features are set with hyphens. So: Large-billed crow, Black-and-orange flycatcher.

With or without hyphens, diacritics, or even names, the idea of a checklist for birds is about underlining India’s avian wealth, a sort of call towards conservation, caring for these ephemeral and fragile creatures that we share our nation with. “If we feel birds are an integral part of ourselves, we don’t need any additional reasoning to protect them,” Praveen says.

For Jayapal, birds are an opening to a fantastic world. “Birds are my window to the world of nature. Literally so, as I sit in my office and reflexively peep out of the window after hearing the call of the first booted warbler of the season,” he says.

“I understand that it’s a one-way ‘relationship’, if I may call it that, as there is no communication between birds and man,” Pittie says. “Yet I revel in their ability of flight, their beauty, charm, song, dance, character, power, delicacy, tolerance, stamina, characteristics I aspire to, as does every human being. Birds do not know these terms; they are our way of understanding them, limited by our lexicon. I paint on them emotions in trying to understand my own. Sometimes they reflect my happier spirit, when the world is spinning out of control, and a glance into that innocent, feathered mirror changes the air I breathe.”