What Explains the Rising Death Toll From Lightning Strikes in Bihar?

A combination of inept governance, lack of dissemination of information and irregular rainfall has lead to a dire situation in the state. 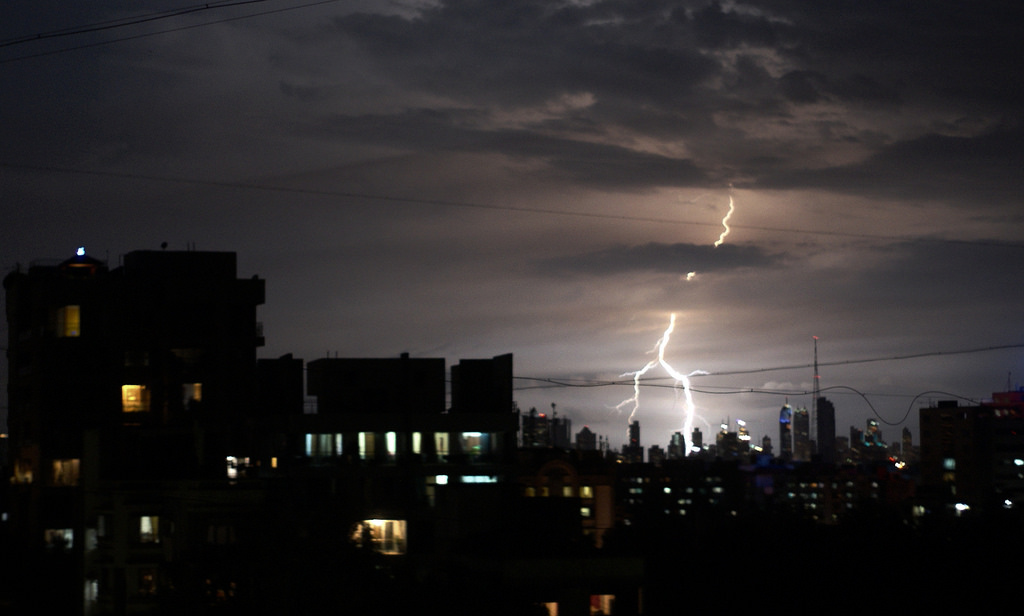 On May 5, lightning and heavy rainfall in different districts of Bihar resulted in the deaths of 20 people.

Nine people were previously killed in Saran while three persons had died in other districts of the state owing to lightning strikes on April 26. During the past three weeks, 40 people have been killed due to lightning in the state, while the figure for the same had reached 13 across various districts during the month of February. The victims were mostly farmers and farm labourers.

Last year, for instance, 142 people succumbed to a killer heatwave in June, while over a thousand others were hospitalised. The situation turned so critical that the Bihar government had to issue prohibitory orders across the state.

Speaking to The Wire, Anand Shankar, a meteorologist at the Patna centre of IMD said, “After studying the current weather patterns, we have found that recent events are occurring due to the Madden-Julian Oscillation (MJO) phenomenon. We have dispatched a study report on it to the met department.”

MJO is an oceanic and atmospheric phenomenon, which has a major impact on the weather patterns of tropical regions. The oscillation causes a kind of fluctuation in the atmosphere which propagates from 40 to 50-degree north latitude in the northern hemisphere and then oscillates towards India.

Describing the MJO phenomenon, Pradhan Parth Sarthi, professor at the Department for Environmental Sciences, Central University of South Bihar said, “Western disturbances arrive through the north-western region and pass over the forest of Assam. This is called the Madden-Julian Oscillation. Weather data of the last 100 years shows that Bihar experiences 4-5 western disturbances in April. But this year, more disturbances than the average have formed in April which is a new phenomenon for Bihar.”

He further added, “Besides, another new phenomenon observed this year is that temperatures are suddenly rising at different places in Bihar which leads to the formation of clouds followed by rainfall accompanied with thunderstorm. The May 7 downpour in Patna is its latest example. No other region experienced rain that particular day which implies that temperature was the highest in Patna. The heat led to the formation of clouds. Clouds need moisture for precipitation which was provided by the eastern winds coming from the Bay of Bengal.”

Also read: How 330 mm of Rain Flushed Down 15 Years of Urban Development in Bihar

Experts claim that while western disturbances bring about rainfall, no severe thunderstorm accompanies it. Deadly lightning bolts strike owing to local weather activities because convective clouds form as a result of such activities, which in turn, cause lightning. “This year, as a result of increased western disturbances as well as local weather activities, thunder and lightning incidents are being witnessed since April,” said Sarthi.

Concerns of irregular rain during monsoon

A shift in weather conditions in April and May is likely to affect rainfall in June and July. If the rainfall is below average in these months, it will have a negative impact on the agricultural sector. Abdus Sattar, associate professor and agro-meteorologist at Dr Rajendra Prasad Central Agricultural University told The Wire, “We have clearly experienced a rise in the incidents of lightning bolts and hailstorms in April. There have more incidents of lightning strikes than usual this time. Western disturbances alone do not cause lightning strikes. They merely bring about rainfall.”

Sattar also added, “It has been witnessed that not only has there been an increase in western disturbances rising from the Mediterranean Sea, but in addition, easterlies, which carry more moisture, have been prevailing more than the westerlies. Moreover, an increase in localised activity has also impacted the weather patterns. As a result, extreme weather conditions are being experienced and they are going to prove destructive for agriculture in Bihar.”

“Harvesting of rabi crops is carried out from March till the beginning of May. Heavy rainfall, hailstorms and lightning strikes during this period are causing substantial damage to the crops. Several farmers have called me complaining about how their crop which was ready for harvest has been destroyed,” he said.

The data on rainfall also substantiates the claim that Bihar has received more than average rainfall during April this year. The average amount of precipitation during the month should be between 15 to 20 mm. However, according to data obtained from Dr Rajendra Prasad Agricultural University, the figure was 137 mm.

When it rains in April, the wind usually blows at a speed of 50 to 55 km per hour. But this year, the wind velocity was also higher owing to which litchi and mango farmers suffered a lot of damage. Sattar said, “This year, the wind speed was as high as 75 km per hour which is quite destructive for mango and litchi crop. However, the advantage of the present rainfall is that farmers will not need water to clear the paddy out. But it has its disadvantages too. Our analysis suggests that heavy rainfall in April-May causes irregular precipitation during the monsoon season. For instance, if it rains heavily on one day, it may not rain at all for a long period.”

Last year, very little precipitation was received until the last week of September when it suddenly rained 350 mm within a couple of days.

No warning regarding lightning activity

Bihar tops the list of states in terms of loss of lives and property owing to natural calamities. Keeping in mind the heavy losses incurred, the state government had come up with a Disaster Risk Reduction Roadmap in 2015 with the target of reducing loss of lives due to natural disasters in Bihar by 75% of the baseline level by 2030. But the number of casualties in the event of lightning strikes points to the fact that little or no work has been done in this regard.

According to sources in the state disaster management department, the Bihar government had decided to install lightning detecting sensor machines in the state after 171 people were killed in separate lightning strike incidents in 2017. The next year, officials from the Indian Institute of Tropical Meteorology (Pune) arrived in Bihar to designate spots where the machines would be installed but for certain reasons the matter was put on hold. The IITM (Pune) officials claim that lightning detecting sensors are now installed at two places in Bihar’s Gaya and Madhubani districts.

IITM (Pune) scientist B. Gopalakrishnan told The Wire, “A single lightning sensor can detect lightning activity half an hour in advance in area covering 200 km around it.”

Besides Bihar, sensors have also been installed in Jharkhand’s Ranchi and Dhanbad, and at Gorakhpur in Uttar Pradesh. The sensors installed at these three places also cover some parts of Bihar. “Now, almost the whole of Bihar has come under the purview of the lightning detecting sensors.  Warnings now can be issued in advance in case of a lightning event anywhere in Bihar,” said Gopalakrishnan.

Despite the availability of such technology in Bihar, there is no warning or advisory issued to the general public regarding lightning strikes. In Chhapra district’s Makhdoom Gunj area, nine people were killed in a single lightning event on April 26 while another 10 were injured. One of the injured, 63-year-old Tapeswar Rai, had gone to the field at around 6:30 in the morning when a sudden downpour started an hour later. He had taken shelter in a nearby hut along with several other people when the lightning bolt struck. “We had received no warning of the lightning strike. The weather was also calm, so we had no idea that there would rain or lightning. Otherwise, I would have stayed at home,” said Tapeswar Rai.

The incident has left such a deep impact on his mind that he is frightened every time if he hears thunder. “Since April 26, rain accompanied by thunder and lightning has struck our village thrice. Earlier lightning was rare in my village. Now we are witnessing frequent lightning.”

Bihar disaster management department officials claim that the state government has also developed an app which is available for everyone for download. The app will forecast a lightning event within a 20 km area. But the general public is unaware of the app.

The Wire spoke to many people in various districts who had not been informed about the app.

The convener of Lightning Resilient India Campaign, Col (retd) Sanjay Kumar Srivastava said that the state government was responsible for the casualties from the lightning strikes. Speaking to The Wire, he said, “The Indian Institute of Tropical Meteorology (Pune) has provided the Bihar government with the Damini app which offers a better forecast. In addition, there are many devices in the Patna Centre of the India Meteorological Department which provide prior information regarding lightning, but the government is not passing this information to the people.”

Srivastava said that 4,31,361 incidents of lightning have been recorded in Bihar between April 1, 2019 and March 31 this year.

“If people are issued notifications on time and they are issued an advisory in advance to stay at home in case of heavy rainfall and thunderstorms and to not take shelter under rain-capped trees if they go out, then the casualties can be reduced,” he said.

Bihar’s disaster management minister, Laxmeswar Roy could not be reached despite multiple attempts by The Wire to contact him. Responses have been sought from the secretary of state department for disaster management via a mail. The story will be updated as and when a response is received.