Millions have been displaced, while a loss of crop and reduced yield are expected across the state. 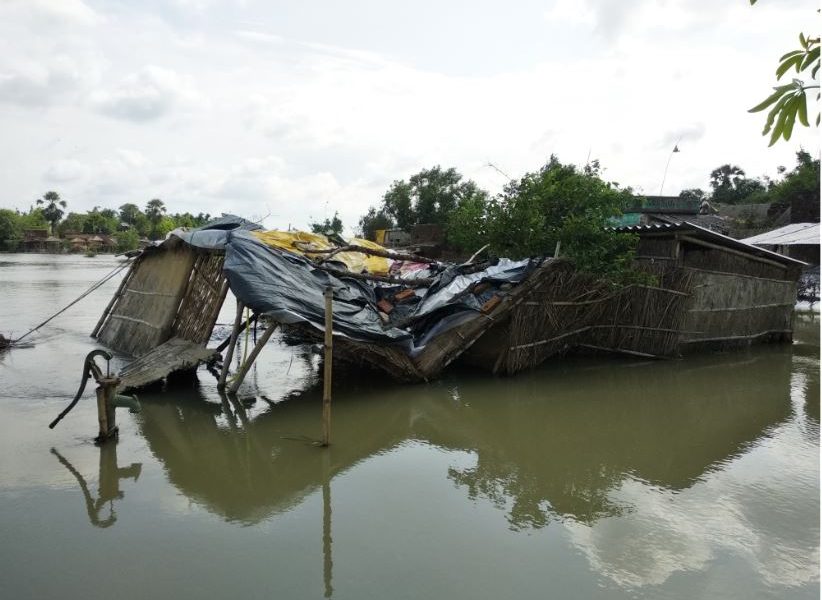 For the past few months, Bihar has been making headlines for many reasons. Disease outbreak, mob lynching or the state’s political affairs have seen it receive plenty of media coverage. But the state is now in the news for concurrently facing two natural disasters: drought and flood.

This is not the first time that Bihar has witnessed either flood or drought. But it is the first time that both have occurred parallelly, in different parts of the state. Reports say that the two disasters have resulted in millions losing their livelihoods.

Chief minister Nitish Kumar has called a high-level meeting of top officials over both the flood and drought situation. A drought-like situation prevails in 22 districts, while 12 districts are affected by floods. North Bihar is engulfed in a flood, while south Bihar is experiencing severe drought with deficient rainfall. However, the government has not yet declared a drought.

Deficient rainfall in the south

The latest Indian Meteorological Department (IMD) figures show that ten districts – Gaya, Jehanabad, Nalanda, Rohtas, Aurangabad, Patna, Begusarai, Sheikhpura, Saharsa and Banka – have received 26-55% less rainfall than normal. Most of these districts, which fall under the Magadh region of the state, are known drought-prone areas of the state. They have faced a water crisis for many years.

Now, water unavailability in North Bihar districts such as Muzaffarpur, Samastipur, Darbhanga, Madhubani has also reached alarming conditions. According to a senior official of the Bihar State Disaster Management Authority (BSDMA), the water level in the state has dropped by 10-12 feet in most parts.

Normally, during the summer months, water is available at a depth of 20 feet. This year, it dropped to almost 40 feet. While the state has plenty of water bodies – almost 2 lakh, they are facing the threat of encroachment. According to official records, nearly 12,000 water bodies have been encroached by real estate and land barons, reducing water retention levels. 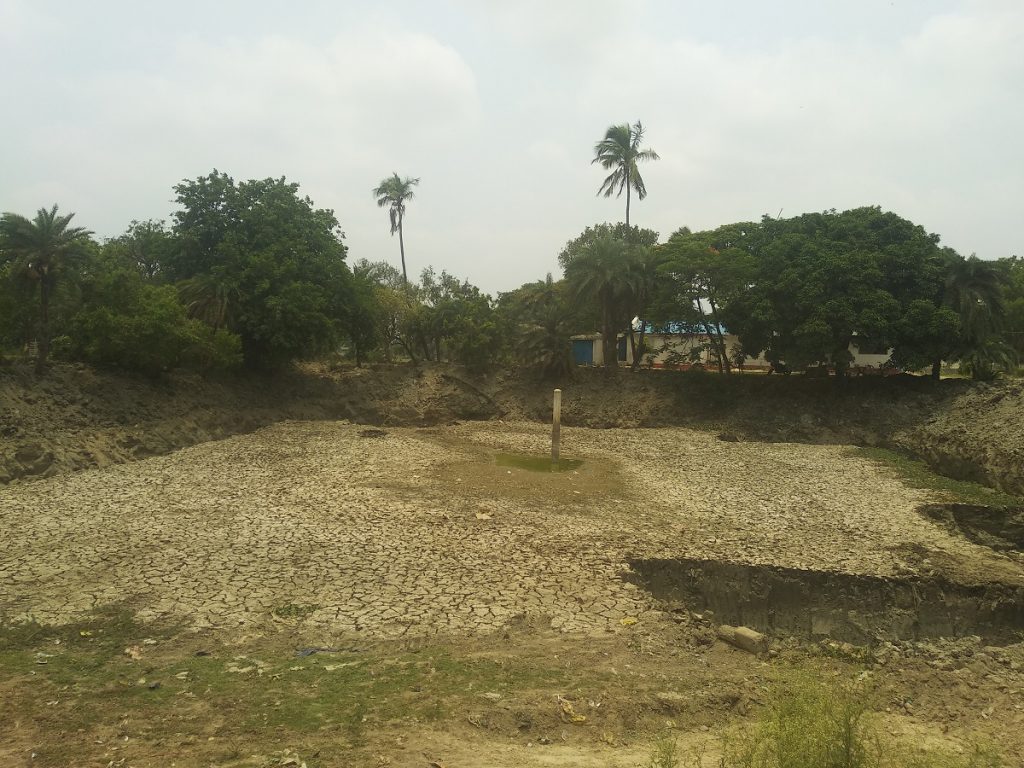 The state’s normal rainfall during monsoon is 1,027.6 mm, according to the IMD’s Bihar chapter. But this year, there has been 25% deficient rainfall. Last year, out of the state’s 534 blocks, 275 were drought-affected.

Meanwhile, north Bihar has been devastated by floods. In 12 districts of this region, more than 130 people were killed in floods and 83 lakh people were affected. Crops worth Rs 353 crore were destroyed in the flood-affected districts, according to estimates. Most of these districts share a border with Nepal and the flood was a result of heavy rainfall in upstream areas of the neighbouring country.

According to the BSDMA, 73.63% of the geographical area of North Bihar is considered to be prone to floods. In catchment areas of Kosi, Bagmati, Kamala Balan, Gandak, Budhi Gandak and Adhwara, swelling of rivers led to water overflowing into villages, damaging houses, schools, government buildings and primary health centres. In Muzaffarpur district alone, 2,500 villages were inundated.

The state government took steps to provide relief to people in these areas. Among 20 lakh affected families, 8.3 lakh received Rs 6,000 as relief. All district magistrates assured proper arrangements for drinking water, cattle fodder would be made. But rescue operations did not reach many areas of Darbhanga and West Champaran districts.

Some people of Pakri Mariya panchayat, which comes under the Lauria block of West Champaran district, were seen crossing flood water with the help of rubber tubes.

Dual destruction in the form of flood and drought has caused massive crop loss this year. Rameshwar Rai, a farmer based in Motipur block of Muzaffarpur district, says his paddy seeds were partly washed away, while water has logged his agricultural field. He said he had to resow paddy seeds in his farm and now fears that the delayed paddy transplantation will lead to a low yield. Rice is the main crop of Bihar and is water-intensive. Uncertain rainfall, accompanied by dry spells, is expected to lead to reduce yield.

Indu Devi of Bakhari village under the Nariyar panchayat of the same block was transplanting the paddy but was also sceptical of a high yield. After they exceed a certain age, seedlings suffer from low yield. It appears that deficit rainfall from mid-July to mid-August is responsible for the delayed transplantation of paddy. The adverse effect on productivity will also have a cascading negative impact on rabi crops. 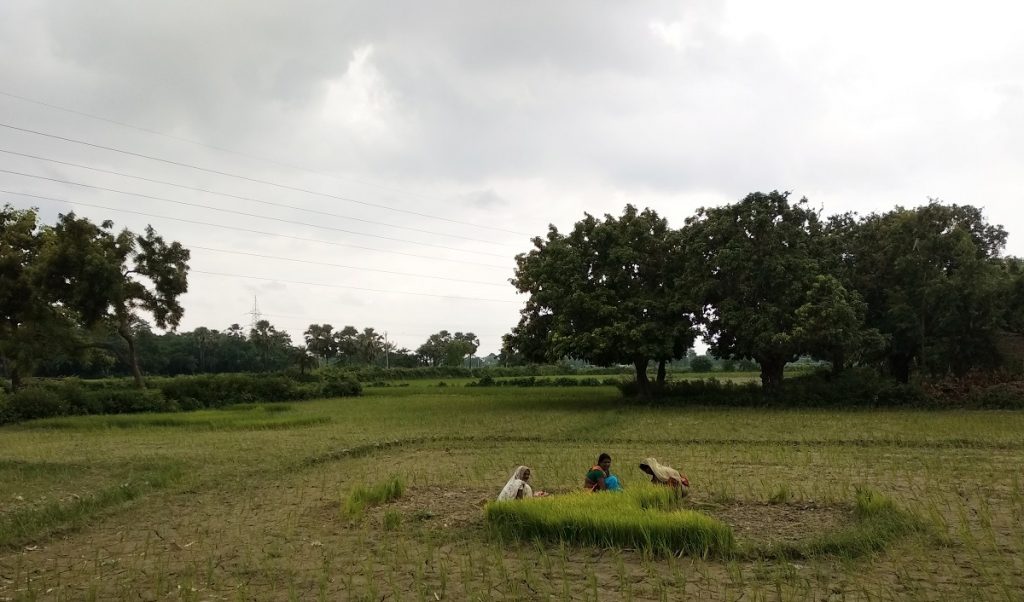 According to government sources, the agriculture department had set a target of sowing Kharif crops in 33 lakh hectares of land. Till mid-August, crops have been sown only in 23.5 lakh hectares.

In previous years, the maize yield has dropped significantly. According to reports, at least 5 lakh hectares in more than ten districts did not yield grains. These abnormal dips are a result of flash floods and drought, officials believe. With climate patterns expected to remain unpredictable, an uneven yield of foodgrains may continue.

Saurav Kumar is a journalist based in Muzaffarpur.