How urbanisation and modernity changed the face of a region known for its traditional water provisioning systems, and forced activists to adopt a different tack to revive them. 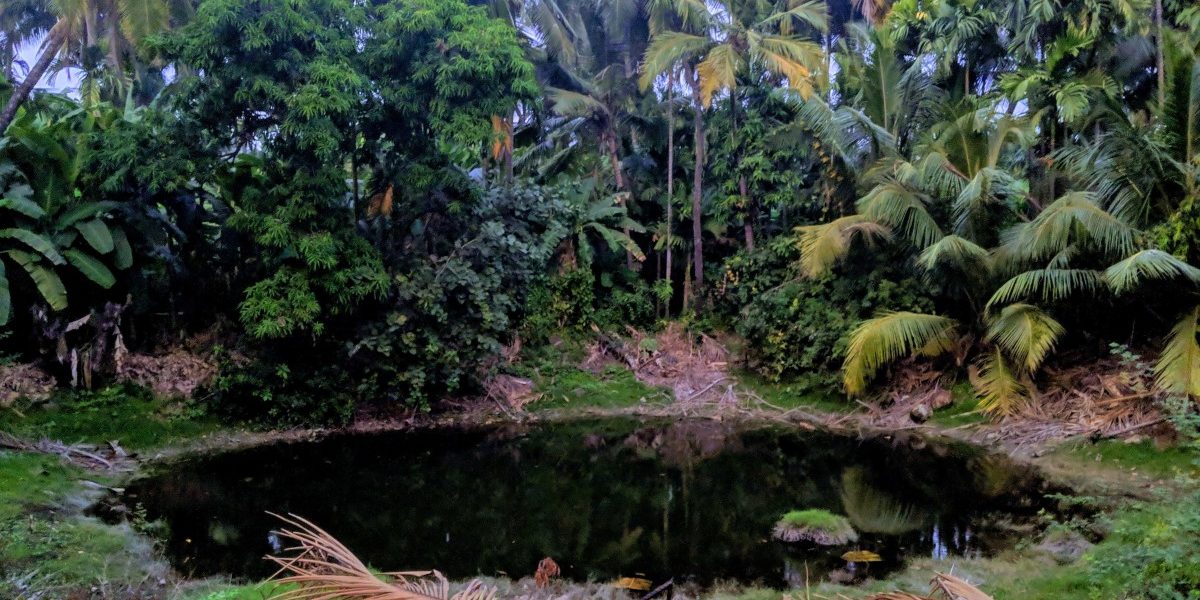 Ask anyone about the bawkhal – the traditional ponds – wells, and lakes of villages along the coast of Maharashtra’s Vasai-Virar region, and they are sure to tell you of the region’s unique setting: adjacent to the Vasai creek to the south, the Vaitarna river to the north, the Tungareshwar hills in the east and the Arabian Sea along its west.

Then they will tell you about its history and about the region’s rich biodiversity and traditional methods of water provisioning.

“The interesting fact is that despite being so close to the sea, the underground water in these villages is godapaani , only fit for consumption after boiling,” Sachin Marty said pointing to a map.

People have been using this water for irrigation, animal husbandry and drinking through a network of rain- and groundwater-fed lakes, wells and bawkhal. The actual age of these bawkhal is unknown but it ranges from 200 years to even a millennium. At the same time there is no doubt that they played an important role in supporting agriculture and maintaining groundwater levels in the region.

Rapid development and urbanisation now presents a grave threat to these systems. 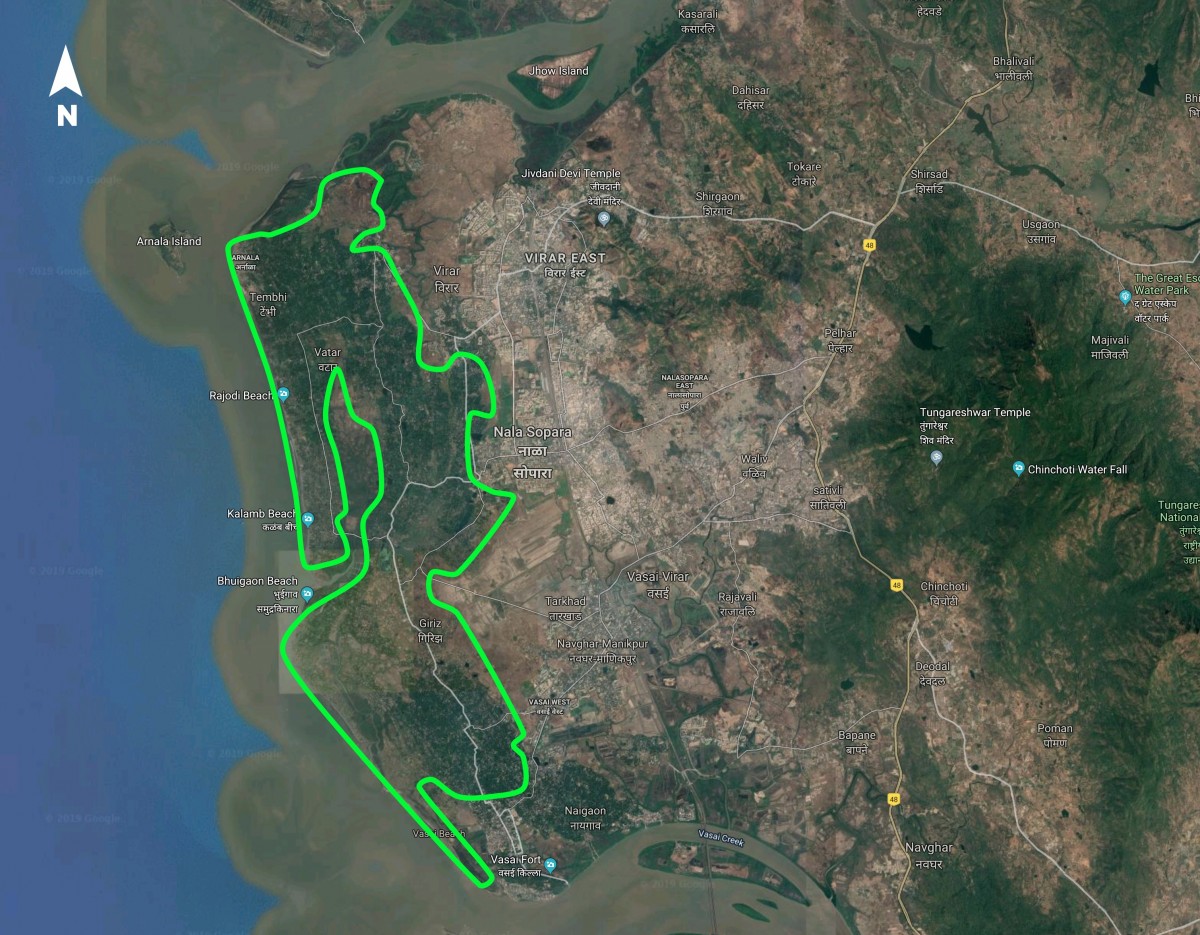 Until a couple of decades ago, Vasai-Virar was best known for being the last station on the Western Railway line, which villagers on the west coast used to transport its agricultural and milk produce to markets in Mumbai. The government began to urbanise Vasai-Virar in the 1970s and the pace of development ballooned in the mid-1990s. This, together with younger villagers moving away from agriculture, increasing property prices and other socioeconomic factors, stressed the sub-region’s traditional water systems.

Sachin Marty, Sameer Vartak, Sachin Mendes and Allwyn Rodrigues are some citizen-activists who have been working to protect these systems for over a decade now, following an older legacy of water activism in the region.

Since the 1980s, Vasai-Virar has witnessed multiple waves of public mobilisation centred on water and environmental protection. The Paani Andolan and the activities of the Harit Vasai Sanrakshan Samiti (HVSS) were direct responses to tankers’ unregulated and large-scale extraction of water for urban areas within the region. Fr. D’Britto, elected as the first HVSS convener, “The first step was to create awareness, organise and agitate. In those days, the fact that most people depended on groundwater for agriculture and drinking helped organise them.” 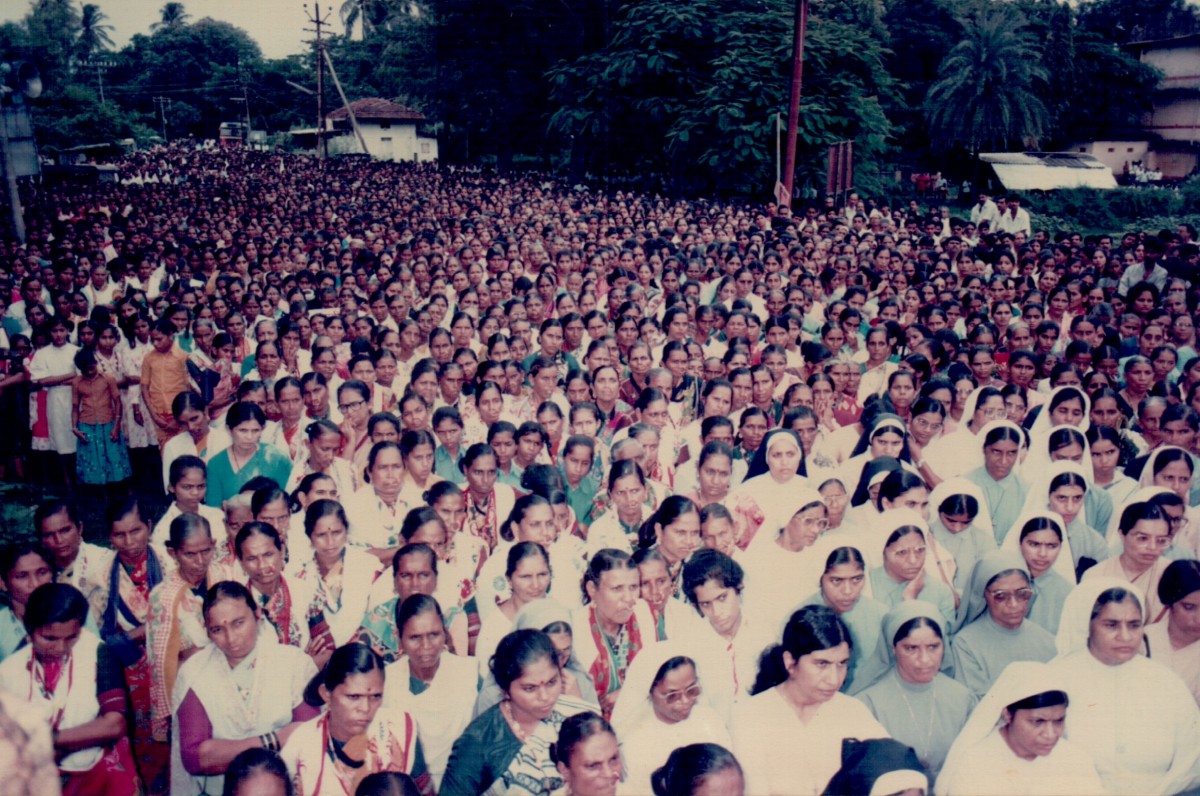 The agitation had some success when the HVSS was able to secure a ban on groundwater extraction. However this was followed by “a lull in political organising”, according to D’Britto, which overlapped with the period when people were transitioning away from agriculture, towards nuclear families, emigration and using private wells, and a “general decline in environmental consciousness”. Soon, the bawkhal also fell out of use, gathering silt and turning into dumping grounds. 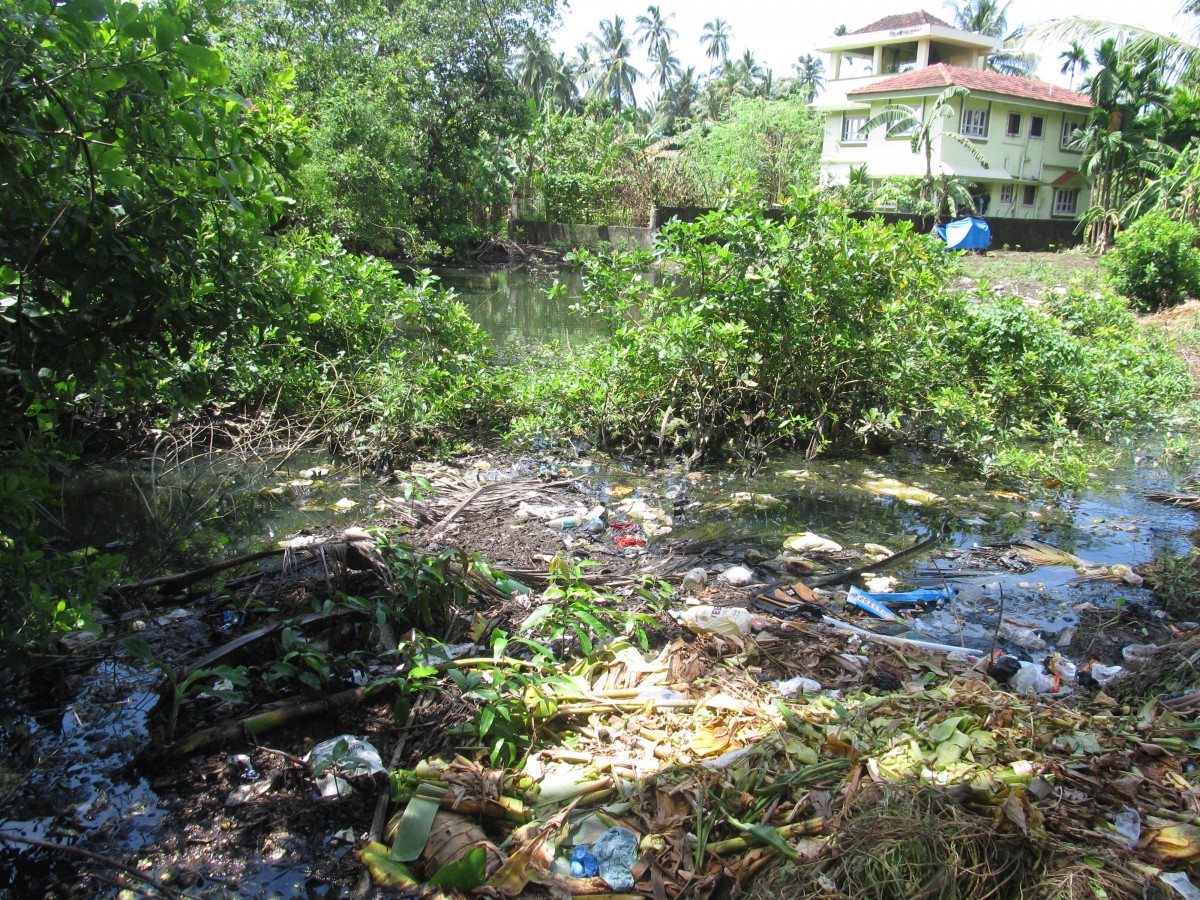 Once a bawkhal, now a dumping ground. Photo: Author provided

The bawkhal‘s current plight is also because of how it is owned. Families collectively own most bawkhal that they have settled around. “This could be an opportunity for joint management but that has not been the case,” Sachin Mendes, another local activist, told The Wire. If ownership is shared, so is the responsibility to maintain the bawkhal, and if one person doesn’t do it, the others don’t have an incentive to either. And so the tragedy of the commons unfolded. In some cases, a demand for additional land in the villages led to the bawkhal being filled up.

Meanwhile, a fear of poor water quality persisted across the region. Every household has a water filter installed on pipes connected to their private wells. According to Mendes, this is troubling: “This is clearly a case of a private solution for public problems.” By installing private filters, residents have reneged on the need to inspect and maintain their sources of water.

Marty pinned this trend on two factors: hydrogeology and data.

“The situation is different, and people may not be very interested in coming out on the streets. We need to convince them with data and measurements.”

“Poor water quality is definitely a problem, but it is not the same across the entire village zone.” Indeed, the amount of total dissolved solids (TDS) and pH level – both indicators of water quality – depend on soil quality, structure and the health of underground aquifers.

Second, there is no data available on these parameters at the village level. “Each village will have to be checked individually, to ascertain the quality there,” Marty said. And “no one seems to take a systems-approach to the network of water bodies.”

The bawkhal are a part of that system. Many villages and their neighbouring irrigation zones are typically served by a network of at least three bawkhal. “Of these, two would dry up by February while the third one would last all the way till the monsoons.” 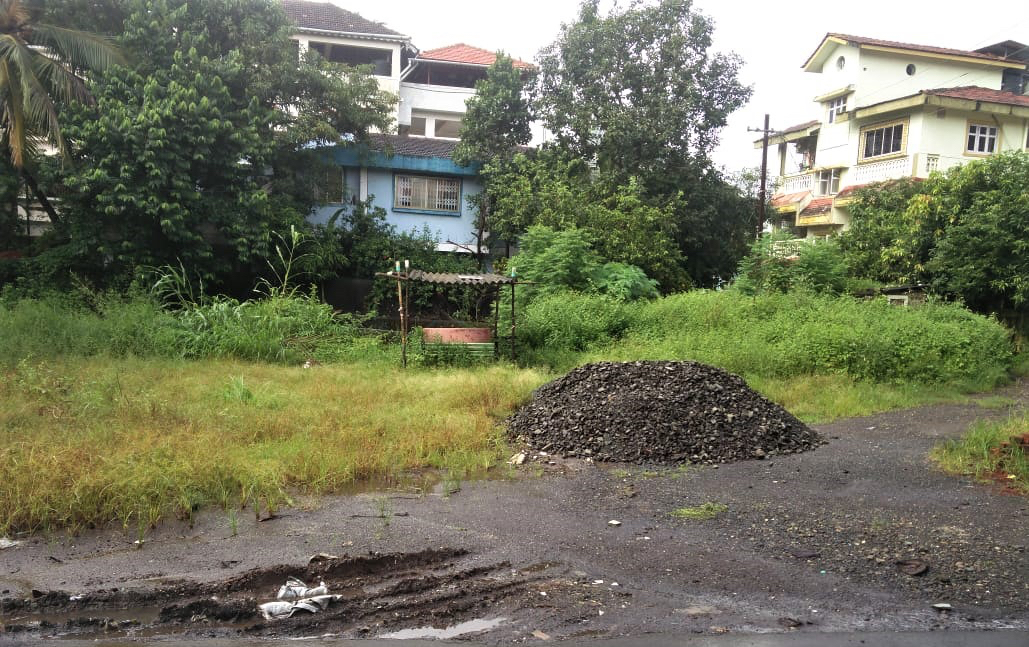 A bawkhal that has been turned into a playground. Photo: Author provided

A bawkhal should ideally sit at a lower elevation, collecting rainwater as it flows downhill. Any construction or concretisation within the bawkhal’s watershed will however reroute the water away.

Marty, who holds an MA in social work, got involved in raising awareness and conserving the bawkhal over a decade ago. “As I delved deeper into the topic, I learnt the importance of design and hydrogeological factors, along with politics.” His public talks use simple visuals and colloquial expressions to explain scientific concepts and survey data.

Like Marty, Allwyn Rodrigues got into activism after studying chemistry and training with pharmaceuticals. “I was nervous about testing water for others. But having spent more than 15 years doing this for the community, I now feel confident about informing people about the conditions of their drinking water,” he said.

Marty and Rodrigues often co-organise workshops and talks on rainwater harvesting and bawkhal conservation. Their activism is different from that of the andolans of the 1980s and 1990s. “The situation is different, and people may not be very interested in coming out on the streets. We need to convince them with data and measurements, presented in a reasonably simple manner,” both of them say.

To this end, the duo has been undertaking self-funded surveys of bawkhal and other water bodies in the region, restoring them with funds crowdsourced by communities, sharing their practices with other NGOs, and presenting their studies papers at national and international fora. Given the government’s disinterestedness, Marty and others have also been monitoring and protecting the surviving bawkhal. 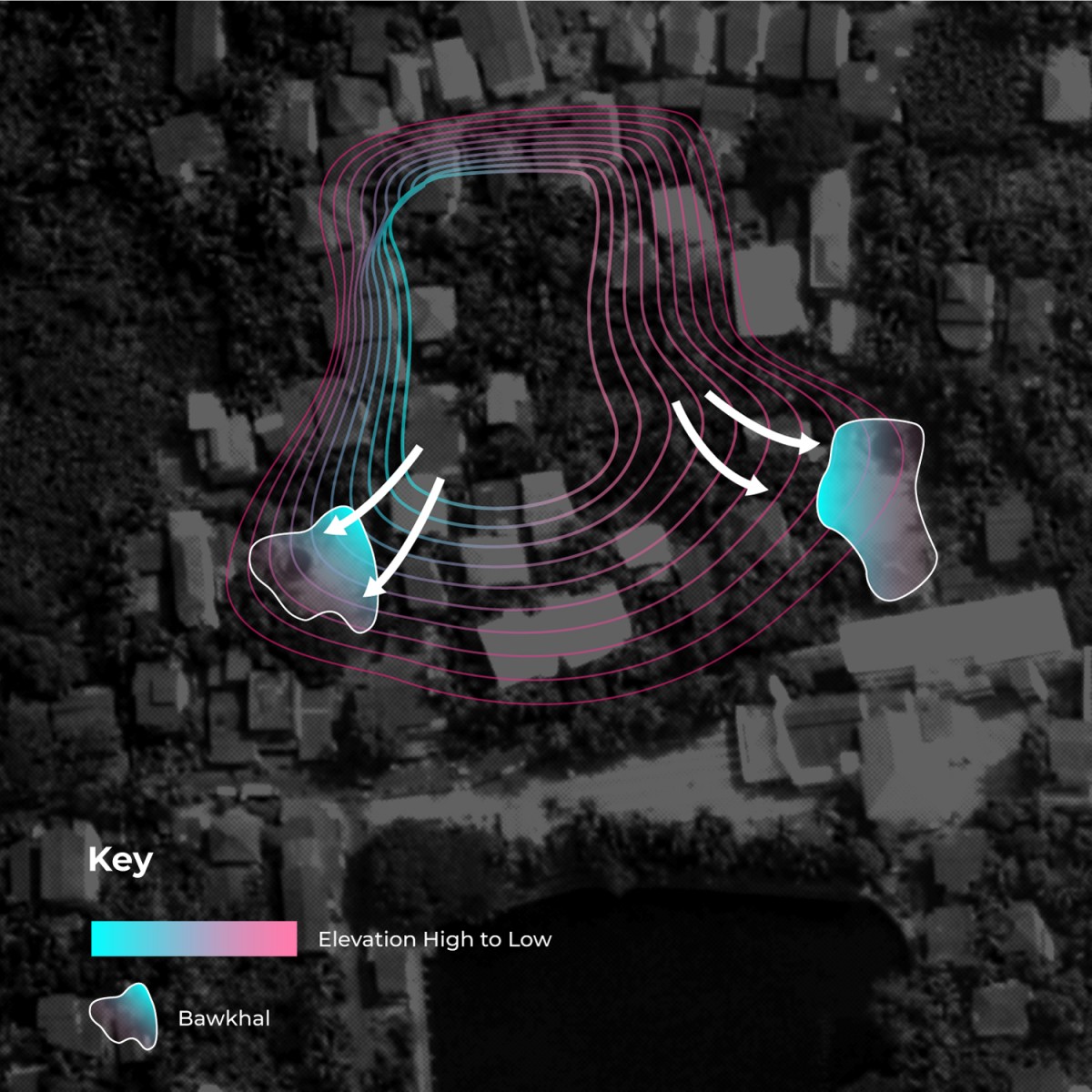 An illustration of bawkhal and their watershed. Photo: Author provided

The friction between the villagers and the administrators over water means activists like Marty see the need for an institutional framework to support their work.

Mendes thinks their work “should be seen as an event, rather than as a programme with institutional backing.” He is particularly vocal about the need to get both secular and religious institutions on board. “While the administration has historically not been interested in the matter, the church and others have also taken a step back from their previous levels of involvement. Both need to be part of the process – the administration with its scale and resources and the church with raising awareness among its people.”

“Depending on the disposition of administrations, their policies and priorities are made,” Fr. D’Britto explained. “This is true in the case of the church as well.” For now, the church’s involvement seems limited to individual priests taking up the issue on their own, and inviting activists to deliver lectures.

Himanshu Kulkarni, executive director of the Advance Centre for Water Resources Development and Management, Pune, said, “The work done by citizen-activists is a welcome trend. One often finds a lot of gumption and enthusiasm at the ground level, but it is not backed with technical skills and capabilities.”

Marty and his peers would seem to buck this trend, however: they have used their domain expertise to solve issues of public importance. “In that sense, Marty and others have been reasonably successful. Further, the kind of local hydro-geological knowledge that they are collecting is very important,” Kulkarni added.

In the meantime, the activists are optimistic that things will improve, although none of them is complacent. They believe that with adequate data and awareness, they may be able to get all parties onboard. During a meeting held in a public hall on water conservation last week, Marty concluded his talk with a common plea: “The time to start conserving the bawkhal was 10 years ago. It is late, but not too late – till it will be.”

Sirus J. Libeiro is a Phd candidate in the Department of City and Regional Planning, University of Pennsylvania.