The gun that fired the killing shot plays an important role because if it was used illegally, the whole operation could be rendered felonious. Its participants could even be arrested. 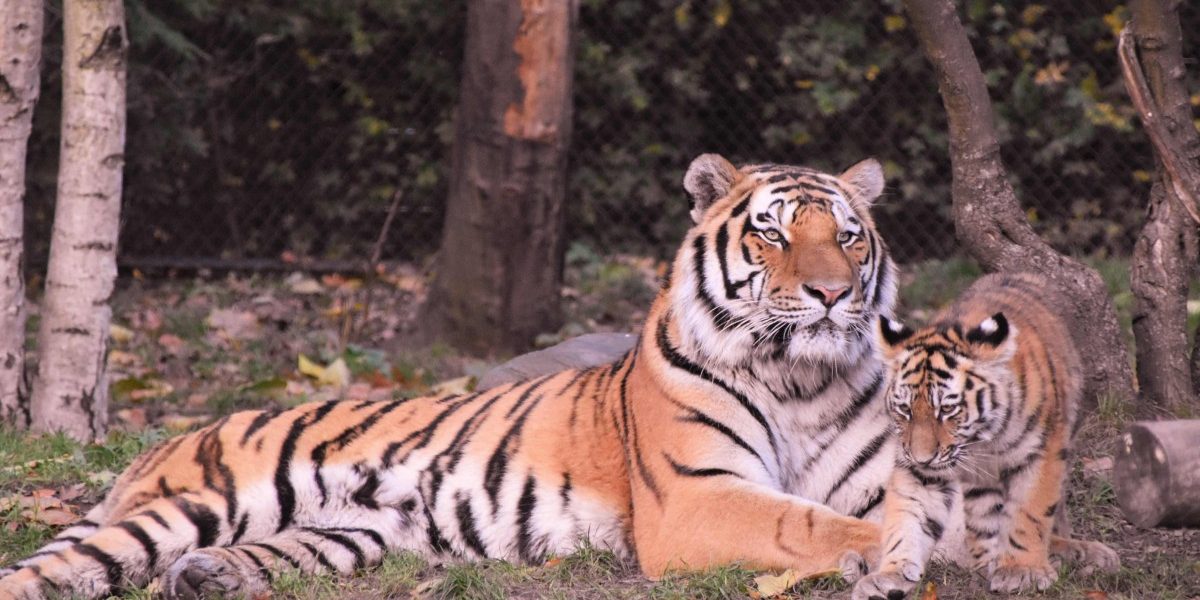 Representative image of a tigress and cub. Credit: Waldemar Brandt/Unsplash

On November 28, a committee formed by the National Tiger Conservation Authority (NTCA) submitted its report on the tiger Avni’s killing.

The report, a copy of which The Wire examined, does well to douse claims by the Maharashtra Forest Department and Asghar Ali Khan, the shooter, that Avni was shot in self-defence. It also lists numerous violations of the NTCA’s protocol for managing problem tigers.

“The committee that was formed was an independent authority and we are in full agreement with its findings,” said Anup Kumar Nayak, member-secretary of the NTCA.

The committee roped in five people who were present when Avni was shot. Using their statements together with video footage, it reconstructed the events of that day – November 2 – in Yavatmal district.

“The claim was that Asghar shot at the tigress when she was charging at the people behind him,” an official close to the operation said on condition of anonymity. It was a “clever theory” but it didn’t hold up. Videos showed Avni was moving in a different direction from that of the vehicle Khan was in. The shot he fired was also in a direction that didn’t suggest he was defending himself.

There were also no signs of struggle on the tiger, suggesting it had been carefully targeted. “The [killing] shot was what we call a ‘lung shot’ or a ‘shoulder shot’, which is exactly what a hunter’s training would teach Khan to do,” the official explained.

In this shot, the bullet strikes the lung, then the heart or one of the main arteries and finally the shoulder on the other side, which ultimately breaks. “It’s a triple impact shot and in 99% of such cases, the animal shivers, lays down and dies. And this is what happened.”

These shots don’t leave blood on the ground nor give the animal enough time to make other movements.

The committee believes a self-defence shot could not have been so careful.

These details are new. In their erstwhile absence, a hotly contested debate took their place: forest officials defended their tactics, the state government defended its choice of hunter, and animal rights activists condemned both groups. But even then it was clear to all that the NTCA protocol had been violated, and it was great cause for concern.

The protocol, officially called a ‘standard operating procedure’, requires ‘man-eater’ tigers to be captured using trap-cages or through chemical immobilisation. They are then to be sent to nearby zoos. If these efforts fail, then the option of killing the animal can be discussed.

In Avni’s case, the killing option seems to have been exercised on priority.

According to letters from the office of the chief conservator of forests in Yavatmal, Khan was tasked with tranquillising and capturing Avni. If he failed, he could kill the tiger to avoid further loss of human life.

However, the committee found that the ‘shoulder shot’ hit Avni 3-5 seconds after the tranquilisation dart did. What could the intent have been in this case? Was it to attempt to capture the tiger or was it to kill?

For his part, Khan said in a statement that he had not been tasked with tranquilising Avni.

The dart also raises more questions. The report found that it was prepared 56 hours before it was used. However, veterinary experts consulted by the NTCA committee had said that darts were to be prepared no more than 24 hours before use. The more time transpires between preparation and use, the less efficacious the concoction inside becomes. In practice, in fact, the ideal delay is only as much as 2-3 hours.

Second, when a tranquilising rifle is used to fire the dart, the projectile’s impact on the animal’s body together with its contents causes haemorrhaging. The postmortem report, a copy of which The Wire accessed, found no such thing. The report speculated this could’ve been so because the dart had lost its potency almost 2.5 days after it’d been prepared.

The hunting team itself contained no wildlife managers, trained veterinarians or biologists. It also had no reversal drugs, stretcher, capture cages, nets – all required to deal with a sedated tiger. Ergo, the team couldn’t have been prepared to deal with an immobilised animal and manage post-sedation emergencies. Ergo, the darting was simply procedural.

Finally, there’s the gun Khan used. It hasn’t yet been handed over for verification but that hasn’t stopped officials from noticing it.

Khan has thus far failed to produce a license for the gun’s possession nor an authorisation from the licence-holder for its use. When questioned, he also couldn’t recollect its make, model and other specs.

“Despite repeated requests, the weapon used for killing the tigress has not been submitted to the committee members for verification,” Nayak told The Wire. “We are awaiting actions from the state government and the chief wildlife warden on this matter.”

Before November 2, Khan had produced copies of seven gun-use licenses for verification but they’d all been his father’s (Shafat Ali Khan). According to the same official, the Arms Act 1959 requires the gun owner to be present at the scene of its use. However, father Khan was absent when his son used the gun on Avni.

This is notable because if the gun was used illegally, then the entire operation could be rendered illegal and in violation of the Arms and Wildlife Protection (1972) Acts. “It would require the Maharashtra forest department to arrest the shooter for illegal hunting,” the official added.

The Maharashtra forest department hasn’t yet acted on the committee report.