Whose Oil Is it in Assam – and Whose 'Development'?

Many regional forces have fought against the privatisation of oil fields, and their struggles represent yet another point where regional aspirations could stand together with the fight against neoliberalism. 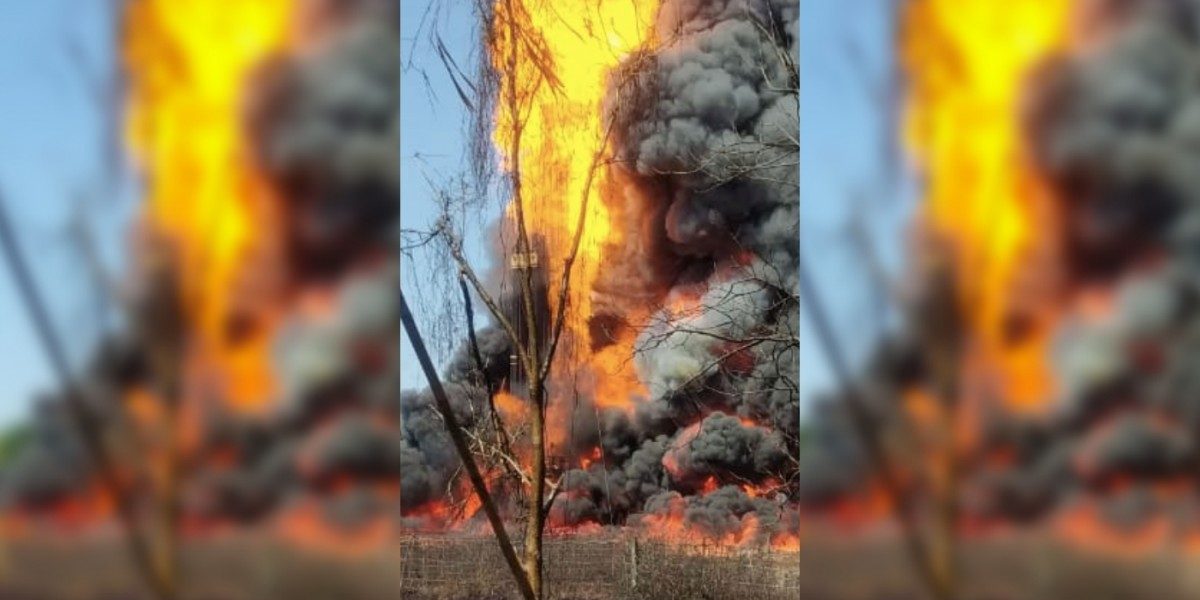 A photo of the fire at the Baghjan gas well, Tinsukia. Photo: Rituparna Bhuyan/Twitter

In 1867, in a newly occupied area of the colonial hinterland of British India, an important resource was accidentally discovered that would go on to animate numerous resistance movements in the years to come: oil.

Assam’s oil story is now a century old, but the implications of this resource – used globally and traded in American dollars – comes with issues that are extremely local.

The northeastern part of the Indian subcontinent has become a political frontier where an extraction economy has flourished by the destruction of local resources, tradition and economy. In independent India, the first oil field was discovered in Naharkatiya, in present-day Tinsukia district. The government expected it to yield 2.5 million tonnes of oil per year, meeting one-third of India’s demand. The government of India wanted to install a refinery where crude oil from Naharkatiya would be processed, first at Kolkata first and then at Barauni, Bihar.

But Assam boiled on the issue of wealth drain and demanded the refinery be in Assam itself. At the national level, those were the days of the Nehru-Mahalanobis model of planned economy. When Jawaharlal Nehru visited Assam on October 18, 1956, several hundreds of people demonstrated along his route, demanding the oil refinery be in Assam.

Assam Refinery Action Committee was formed under the leadership of Hareswar Goswami and Hem Barua, and the Assam assembly passed a unanimous resolution in support. Finally, the government established two refineries – one at Barauni and the other at Noonmati, Assam.

But the oil economy continued to have an overriding effect on the articulation of economic demands by various social movements in Assam, rooted in the struggle for indigenous rights. The slogans of the Assam movement (1979-85) were the tip of the nativist sentiment against a ‘drain of wealth’ from Assam, reflected in slogans like, “Tez dim tel nidiu (we shall give blood but not oil)”.

In August 1990, agitators of the Assam Movement prevented crude oil from leaving Assam and then demanded that natural resources must be processed within the state. Several insurgent groups, like the United Liberation Front of Assam (ULFA), also accused the Centre of exploiting resources of ‘Bor Asom’ (Greater Assam, comprising some parts of the Northeast) and creating a ‘backwardness’ in the region. To justify its revolt, the front also demanded that oil and coal be primarily seen as helping improve the economic situation of the region’s people.

However, scholars like Arupjyoti Saikia see this as a form of internal colonialism that functions in the periphery. The politics of resource extraction at peripheries and regional aspiration for right over resources are located in an inherent contradiction of unitary federalism. However, the economic exploitation of the region despite increasing political dissent remains unchanged.

The ongoing Baghjan inferno that has wreaked havoc in parts of eastern Assam since May 27 has prompted questions of how the politics of exploration of oil neglected the rights, resources and biodiverse rural ecology. The modern economy runs on oil. But while oil has improved travel times and communication of information, it has also created grounds for further oppression in many towns and rural areas. These areas often try hard to compete with their urban counterparts for development, including for jobs, expansion of the local economy, increased trade and better quality of life. But oil has also driven the same population towards disease, environmental devastation, poor healthcare, lack of governance and administrative opacity.

Modern Indian political thought has often failed to address such huge lapses in economic policy, resulting in the further plunder of natural resources and destruction of local livelihoods. Oil is also a leading cause of militarisation in areas where establishing dominance to extract oil and other resources remains contested thanks to indigenous claims to land and resources.

The question of exploitation and economic disparity in the oil debates is located in a larger debate about how Assam has been denied an equitable distribution of profits and oil royalties from oil production. This has perpetuated a regional disparity in the course of capitalist development in India, which saw frontiers as the site of resource extraction only and ignored the demands of higher control over resources by the people, which saw resource extraction through the eyes of cost effectiveness instead of sustainability.

Such “profit before people” developmental policies on the state’s part allowed it to privatise natural resources once it adopted liberalisation policies and integrated itself into the global financial system. Between 1997 and 2012, under the New Exploration and Licensing Policy, the government has privatised 257 oil fields. The process took a break in 2012 for two years; from 2014, marginal oil field auctions allowed the open privatisation of oil fields. The open acreage licensing policy adopted in 2017 has one clause that says the companies that file tenders for auctions don’t require any past experience.

This way, the Baghjan oil field was auctioned to Gujarat-based John Energy, a company said to be a greenhorn vis-à-vis oil extraction, particularly in Assam’s topography. Privatisation is not only handing over natural resources to profit hungry corporates but also undermining the longstanding struggle of Assam’s people for rights over their resources.

Many regional forces have fought against the privatisation of oil fields, and as such, their struggles represent yet another point where regional aspirations could stand together with the fight against neoliberalism. However, privatisation has also continued, as if unstoppable. Not only have many oil fields been privatised but the state has also normalised the outsourcing of drilling and other tasks. Even after the blowout at Baghjan, India did not put together its own expert group but sought the expertise of a Singaporean firm to quench the fire.

The catch-up to ‘development’

The roots of a modernity brought about by the ‘oil regime’ needs to be interrogated continuously. The model of development by colonial powers finished shifting cultivation forever. The post-1947 model of development demonised jhum cultivation – widely practiced in the northeast – and destroyed local food sovereignty, and never understood the importance of the rural commons.

India’s northeast is one of the greenest parts of the country but forest cover has been depleting consistently in the last 18 years. In the last decade, deforestation has doubled, according to data mapped by Global Forest Watch. Net forest loss in the northeast from 2014 to 2018 was an alarming 6,229.25 sq. km, which is nearly the total area of Sikkim, and has only been increasing in the last three years.

The very notion of development, therefore, needs to be questioned and the state needs to invest in exiting the colonial ideas of fossil fuel energy, and find alternatives to oil as a fuel.

Anshuman is a PhD research scholar at Centre for Informal Sector and Labour Studies at Jawaharlal Nehru University. Mrinal Borah is an MPhil research student at Special Centre for Study of North East India. The authors can be reached at angshumansarma13@mail.com and mrinal.borah123@gmail.com.