A commons area could serve as crucial habitat for threatened wildlife like the cheetah and also protect the livelihoods of marginal pastoral communities. 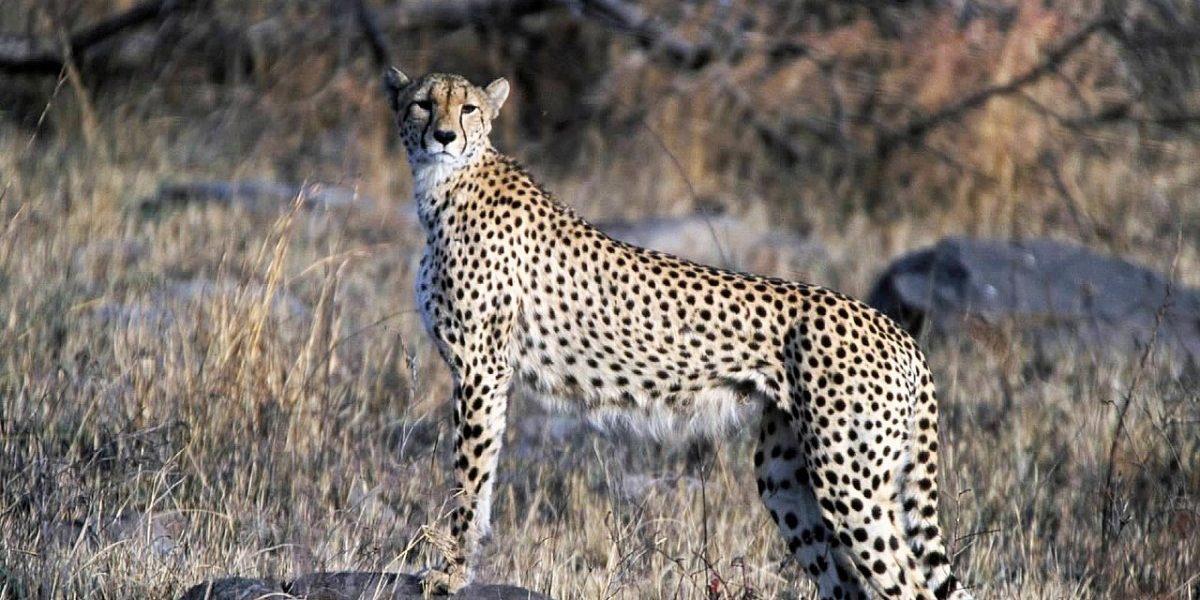 In 2013, the Supreme Court called the African cheetah a “foreign species” and rejected a plan to introduce it in India. Early this week, however, the Supreme Court green-lit the forest department’s plan to introduce African cheetahs from Namibia in northwest India as an experiment. For the first time since 1948, India will be home to all of the big cat species in the Old World: tigers, lions, leopards, snow leopards and – now – cheetahs.

The Asiatic cheetah has a long history in the subcontinent (‘cheetah’ is derived from the Sanskrit chitraka, ‘spotted’) but the story of its decline here is also an old one. Asiatic cheetahs are remarkably easy to tame, which meant kings across the country collected thousands of them from the wild to use them to hunt antelope. But because these cheetahs didn’t breed well in captivity, their population began to plummet. Another animal has an even older history of capture from the wild – massive elephants from central and west India, likely resulting in their local extinction in these regions. However, there are still around 27,000 elephants in India today while the cheetah has been missing for decades.

The cheetahs vanished because, among other reasons, of their habitat. Elephants do best in dense deciduous forests while cheetahs are at home in grasslands and scrubby hills. Today, most elephant habitats are confined to undulating very dry and very wet areas. The cheetah may have disappeared 70 years ago but other charismatic open-country species like the Indian wolf, striped hyena and the great Indian bustard disappeared rapidly. Indeed, they’re locally extinct from most of their former range, and now persist in small isolated populations, and not necessarily within habitat set aside for their protection.

There are many reasons for population decline in open habitats but all of them stem from one cause: neglect. Such neglect began under British rule, who saw open habitats as formerly closed canopy forests degraded by human abuse of the land. So they responded by attempting to right a perceived wrong, banning grazing, preventing controlled fires and promoting afforestation. But even after the cheetah was last seen only until the 1950s, the neglect continued. The Government of India has brought large tracts of open habitat under irrigation, planted alien species like Prosopis juliflora (which has since gone rogue) in greening programmes, incentivised the cultivation of eucalyptus plantations for the paper-pulp industry, and preferentially converted open habitats close to cities and ports for industrial use.

Today, the open habitats of India are critically endangered.

In 1973, India did the impossible by creating dozens of tiger reserves; over two decades later, tiger numbers more than doubled. This success story was driven by the simple logic that protecting good tiger habitats from human activity will allow tiger numbers to bounce back – and bounce back it did. There’s no reason a similar will within the Indian forest department and conservation community shouldn’t script a success story with the cheetah.

However, grasslands are not forests. Stopping uncontrolled forest fires and reducing grazing can make forests denser and better habitat for wildlife but these measures will degrade grasslands by rendering them less conducive to open-country species. India needs a conservation policy that retains short grass, prevents excessive tree cover and ensures controlled fires in the winter. Forests do best without human intervention while grasslands do best when intervention is stabilised. The idea is that if we can train our collective intuition to understand this difference, we should be able to manoeuvre the conservation infrastructure to protect open habitats.

Some conservationists are cautiously optimistic. “Given the huge range of issues concerning the conservation of savannah grassland habitats in India, this is a golden opportunity to highlight their precarious condition,” Abi Tamim Vanak, a savannah ecologist with the Ashoka Trust for Ecology and Environment, Bengaluru, said. 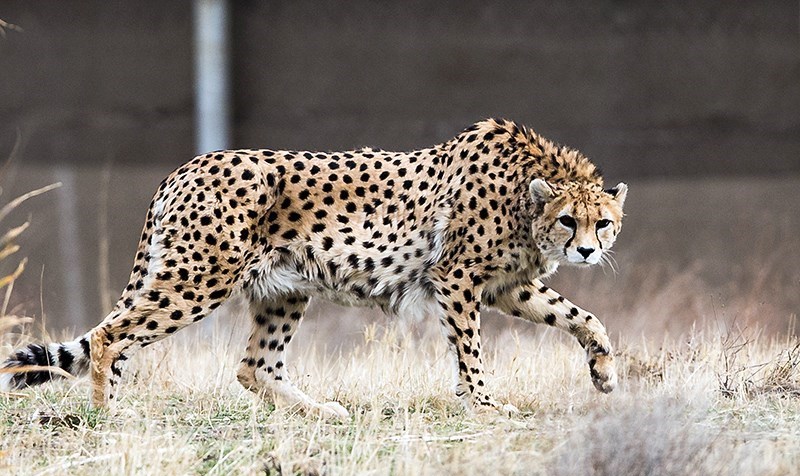 History is full of instances where forests have been neglected at the cost of local people, and some of the world’s most successful conservation stories are built on this legacy. However, cheetah habitat can be protected without such injustice because India’s grasslands are unique. African savannahs cover huge swathes of land with abundant wild grazers and low human density. In such cases, fortress conservation – which excludes local pastoralists – can yield positive outcomes for wildlife but only at the cost of local people. Indian open habitats are different: wild herbivores like chinkara, blackbuck and nilgai are found at much lower densities, their habitats are smaller and patchy, interspersed with farms and settlements, and both human and livestock densities are higher.

Excluding people from grasslands in India will be disastrous. Even if we do increase wild herbivore density to African levels, we cannot control spillover crop-loss as these herbivores move into farmland, especially when natural food is scarce. The solution lies with legitimising the grazing commons, and allowing grassland species to use these habitats together with cattle and pastoralists.

“As part of our national savannah grassland mapping exercise, we have identified beautiful intact grasslands spread of hundreds of square kilometres in Maharashtra and Madhya Pradesh,” Vanak said. “However, these areas are all either privately owned or are village commons, and are under great threat from various projects, including the Green India Mission, solar power [projects], industry, agriculture, etc.”

The legitimate commons could serve as crucial habitat for threatened wildlife like the cheetah and also protect the livelihoods of marginal pastoral communities.

The devil in the details

Between introducing cheetahs on an experimental basis to having them roam the countryside, there is much to be done. This cycles back to our vision: Do we want to see cheetahs in one or two locations or do we want breeding populations and their prey across the country, wherever habitat can be consolidated?

Vanak argued that a long-term vision is not apparent in the current plan: “it seems to me, based on what I’ve read, that this reintroduction is also going to be very focused on protected areas, and therefore will not address the bigger problem of grassland loss.”

Some reports cite three potential locations for reintroduction: Velavadar in Gujarat, Tal Chapar in Rajasthan – both grasslands – and Kuno-Palpur in Madhya Pradesh, a scrub habitat.

Also read: ‘Beloved but Ignored’ Is a Limited View of How Charismatic Species Survive

A larger vision might be more helpful. “If the government, working with conservationists, can think of an innovative model where traditional pastoralists as well as grassland fauna such as blackbuck, chinkara, wolves, etc. could be protected in such landscapes – keeping in mind that this is where cheetahs should ultimately roam – we can think of some real conservation success stories,” Vanak said. He recalled another iconic grassland species, the Great Indian bustard, which is in danger of becoming extinct. A habitat-focused plan to reintroduce cheetahs could help protect the habitats of this threatened bird as well.

Then again, even if we figure out the habitat question, another one remains. Will African cheetah behave like the Asiatic cheetah that once was? Both the African and Asiatic cheetahs are subspecies that stopped breeding with each other some 30,000-70,000 years ago. This concern, of introducing a ‘foreign’ species, is what delayed this plan for decades. India unsuccessfully lobbied Iran in 2003, if not later, to part with its Asiatic cheetahs that, at 50 individuals or less, are very close to extinction.

Even if the African subspecies is very distinct, the big question is going to be its ecology. We don’t know if the African subspecies will be able to adapt to Indian conditions. If it faces familiar challenges with finding prey, dealing with predators, and climate and habitat, it will not have a tough time settling down. But without any baseline information, especially from Asiatic cheetahs in India, there is no way to know until we try.

How we reintroduce the cats will be key. India will need to maintain strict protocols to reduce the risk of human injury, livestock predation and stress, and improve identification of prey and non-prey species. Unfortunately, our track record with big cat introduction is far from impressive. Last month, the National Tiger Conservation Authority had to cancel a reintroduction programme in Odisha because the tiger in question was kept for a year in a small cage. In Sariska, where tigers had been reintroduced after they were wiped out in 2006, they continue to die or not reproduce.

Perhaps more importantly, following protocol is not enough. We also need to identify the right habitats. “The cheetah population may not establish,” Vanak exclaimed. “Or competition with tigers and leopards may [cause] the cheetahs [to move] out of the protected area, triggering conflict. … It is important to keep all these things in mind before choosing the reintroduction site.”

Also read: Review: ‘The Last White Hunter’ Is a Celebration of Lost Tales From the Wild

But there is hope as well as precedent. We have successfully reintroduced less charismatic species like the pygmy hog in Assam, gaur in Bandhavgarh and vultures from breeding centres across India. When bad journalism and political attention is not at play, officials do follow due process. And given what is at stake, scientists in charge of the project should implement Project Cheetah with a long-term vision to conserve the cheetah as much as the country’s grasslands and pastoral livelihoods.

Akshay Surendra is an ecologist and wildlife biologist studying tropical forests in the Andaman Islands.