Undue focus on some species that are probably not endangered takes away from innumerable fish, frogs and other lesser known creatures that truly are. 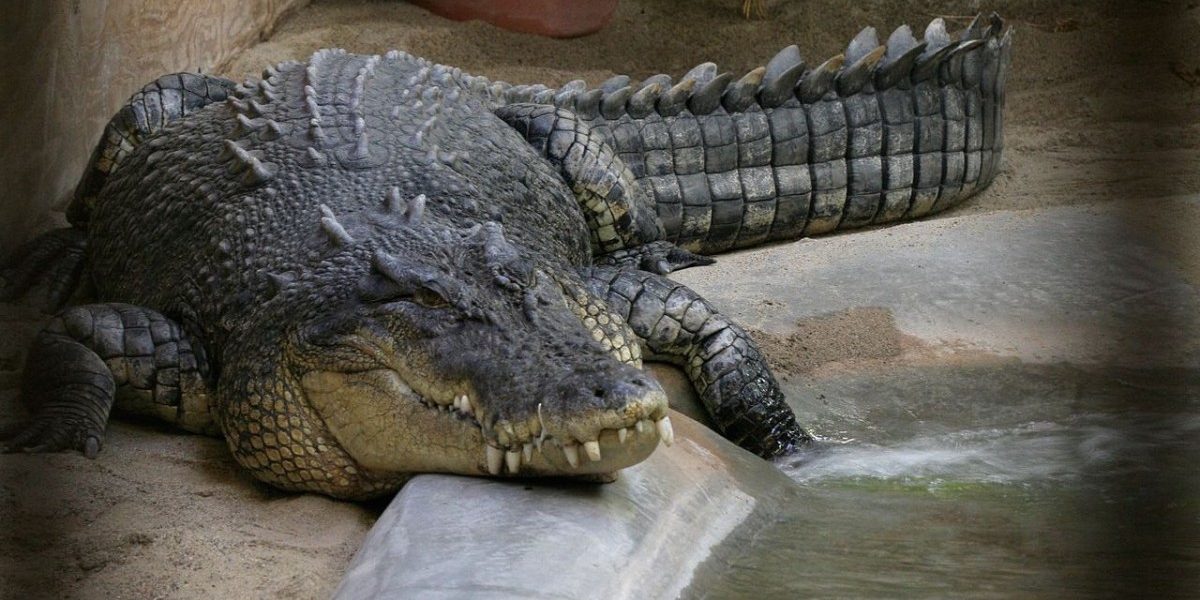 A saltwater crocodile. Credit: City of Albuquerque/Wikimedia Commons, CC BY 2.0

This is the first of a two-part essay on the conservation of the saltwater crocodiles in the Andaman and Nicobar Islands. Read the second part here.

No one disagrees with the fact that animals potentially dangerous to humans – except maybe tigers – get bad press in the popular media. The moment any talk of ‘wildlife management’ is brought up, there is usually violent opposition from a small group of people, including some wildlife biologists. Arguments from ‘the animals were there before us’ to ‘it’s the humans that need management’ are offered, but don’t lead to tangible solutions.

Human-wildlife conflict with a wide range of animals – including herbivores such as elephants, wild boar, nilgai, macaques, as well as carnivores such as leopards – is a widespread phenomenon. Increasing reports of attacks on humans by crocodiles in the Andaman Islands, particularly on local communities, has been in the news of late, creating substantial unrest. Unfortunately, urban elite conservationists may not realise the immediacy of the threat, arguing against measures like delisting and culling, which they believe are detrimental to crocodiles.

Anecdotal reports and surveys results indicate that conflict between saltwater crocodiles, or salties, and humans has increased in the last decade. In this time, it is only when tourists are attacked has the issue received attention on the mainland. Several local community members have been attacked and killed over these years. Barring expressions of horror, little was done.

Also read: Saltwater Crocodiles in the Andaman and Nicobar Have a PR Problem

General opinion ordained that crocodiles could not be removed, so a few warning signs were erected and local communities warned not to go into the creeks, where they fish, bathe and wash their clothes. The local forest department did what it could under the circumstances, relocating a few large crocodiles to farther islands. But displaced saltwater crocodiles often attempt to return to their territories, sometimes swimming a few hundred kilometres, causing problems along the way. No amount of PR can change what crocodiles do to people.

As the Centre expands its plans for tourism in the Andamans, the presence of crocodiles has became a thorn in many crowns. Debates and official meetings drag on about possible solutions. Some want the animals delisted from Schedule 1 of the Wildlife (Protection) Act so they can be officially culled. Others want to build enormous ‘rehabilitation’ facilities to house ‘rescued’ crocodiles. Even others argue that the people should be relocated.

A clearheaded path to resolving the conflict is missing.

The IUCN Red List lists the status of various species. In its framework, species are placed into categories: extinct, extinct in the wild, threatened (including vulnerable, endangered and critically endangered), near threatened and least concern. Some are classified as ‘data deficient’. The criteria include absolute size of the population or distribution range, or trends in depletion or revival of populations. Species are assessed regularly by experts and the level of endangerment may improve or worsen depending on the latest data.

Within Indian law, species are protected by being placed in the Schedules of the Wildlife (Protection) Act, 1972. This list was fairly arbitrary and set in such bureaucratic stone that little can be done to move species to lower schedules or off the list, even if previously threatened populations have recovered.

Based on their wide global distribution and population numbers, saltwater crocodiles are currently classified as lower risk, least concern on the Red List. Species are often classified as more endangered than they actually are, because of genuine concerns about threats and because zealous conservationists tend to be protective of the species they are working on. If salties are classified as of least concern (LC), then no crocodile biologist thinks that there is any immediate threat to them.

This, however, global and need not apply to local populations. In India, salties are limited to Bhitarkanika, Sundarbans and Andaman and Nicobar Islands, together representing a fraction of their original range on the subcontinent. They are protected in sanctuaries on the mainland where their populations seem stable, and recent surveys indicate numbers have increased dramatically in the islands.

Also read: The Problem With Managing Saltwater Crocodiles in the Andamans – in One Argument

While other, rigorous surveys will have to provide confirmation, the salties’ status has to be assessed rationally. If numbers indicate recovery, it will be reasonable to delist or downlist crocodiles, or at least to remove problem individuals while continuing to monitor the rest. Downlisting needs to be viewed as a conservation success for a species, rather than as an affront to the animals and conservationists who work on it.

Management needs to be context-specific and, where possible, make use of the latest data.  Those who insist on retaining particular species in higher categories of endangerment despite evidence of changes in population size are acting on ideology, not science. Sometimes, iconic species can have detrimental impact on both ecosystems and people. A significant increase in green turtle numbers at sites around the world has resulted in a massive decline in sea grass, with consequences for fisheries. Should they continue to be protected to the detriment of both people and ecosystems?

Protection status is relative. Undue focus on some species that are probably not endangered takes away from innumerable fish, frogs and other lesser known creatures that truly are.

In most cases, resistance to managing wildlife comes from entities far away from the sites where human communities share space with potentially dangerous animals. Even with few human lives lost, these encounters tend to have a psychological impact on these marginalised communities. In most cases, while being well-intentioned, these narratives are very insensitive to locals who have to deal with the issue.

The suggestion of culling seems to raise the most hairs. Maybe its opponents imagine rivers running red with blood and carcasses of animals being ruthlessly slaughtered. Several countries use culling to mitigate a variety of human-wildlife interactions, carried out by authorised agents and not in a hunt. Removing individuals is trickier when dealing with territorial animals, where other individuals move into newly vacant territories. However, crocodiles above a certain size tend to create the most problems and a sustained monitoring mechanism with selective removal can greatly reduce conflict.

Blanket protection for large predators is also a catalyst for further conflict, as local communities sometimes launch retaliatory attacks against such species and others of conservation significance.

Indeed, at what point do we draw the line between which animals need to be removed vs. what can be avoided? One can build awareness about avoiding stonefish and jellyfish in the same way that we avoid scorpions and spiders on land. Avoiding crocodiles during one’s daily routine could be more traumatic.

Other solutions have been advocated to deal with the conflict. The traditional approach by the state has been to relocate them. However, aa substantial body of evidence from research on Indian leopards and Australian salties suggests these strategies have terrible outcomes. Both cases have shown that relocated animals have navigational capabilities and often return to their homes.

This is not surprising. Territorial animals have been moved far from their territories and have to battle other animals for prime habitat. So they are forced to use marginal habitats, usually human-dominated landscapes. Some animals don’t find their way back and become resident in other human-dominated areas, resulting in more conflict with humans. In Australia, salties have been known to journey up to 400 km, suggesting this strategy can’t work there, leave alone in the tiny Andamans.

Alternatives like capturing and maintaining ‘problem’ animals within enclosures have their own issues, from developing infrastructure to feeding and maintaining the animals throughout their lives. Crocodiles are abundant and this burden will only become heavier, as is evident in captive facilities around India.

Australia leads the way in salties conservation by ensuring the least possible contact between large adult crocodiles and people. In areas designated for crocodiles, people’s movement is regulated (we do this well in India). In areas where the human population density is higher, crocodiles are culled. They already remove animals posing a particular threat to humans but there are also calls for a wider cull as populations have exploded in the Northern Territory and Queensland. As in India, protests against these actions have been mostly from animal rights activists.

There is no denying the need for conservation in the modern world. Wild populations have to be monitored and multiple options need to be considered for long-term conservation success. In some instances, absolute protection is warranted. In others, some form of use with benefits for local (often marginal) communities is better, as it wins their support for and investment in conservation. It is also critical to include the views of local communities.

Focusing on a single species or individual animals can lead to our missing the wood for the trees. There are many species that receive no consideration. While we can’t obviously monitor them in the millions, we can achieve the overall goals of conservation by focusing on ecosystem function, integrity and resilience.

It indeed be unbecoming of civil society to address social and environmental challenges with narrow views and ideology. What conservation needs is a combination of credible arguments and cultural inclusion that considers social-ecological systems as a whole, and creates benefits for people, species and ecosystems.