Air Pollution May Be Due to 'Poisonous Gases' Released by Pakistan, China: BJP Leader

While Vineet Agarwal Sharda's "poisonous gas" theory is new, he isn't the first person to try and shift blame for the ongoing crisis to beyond India's borders. 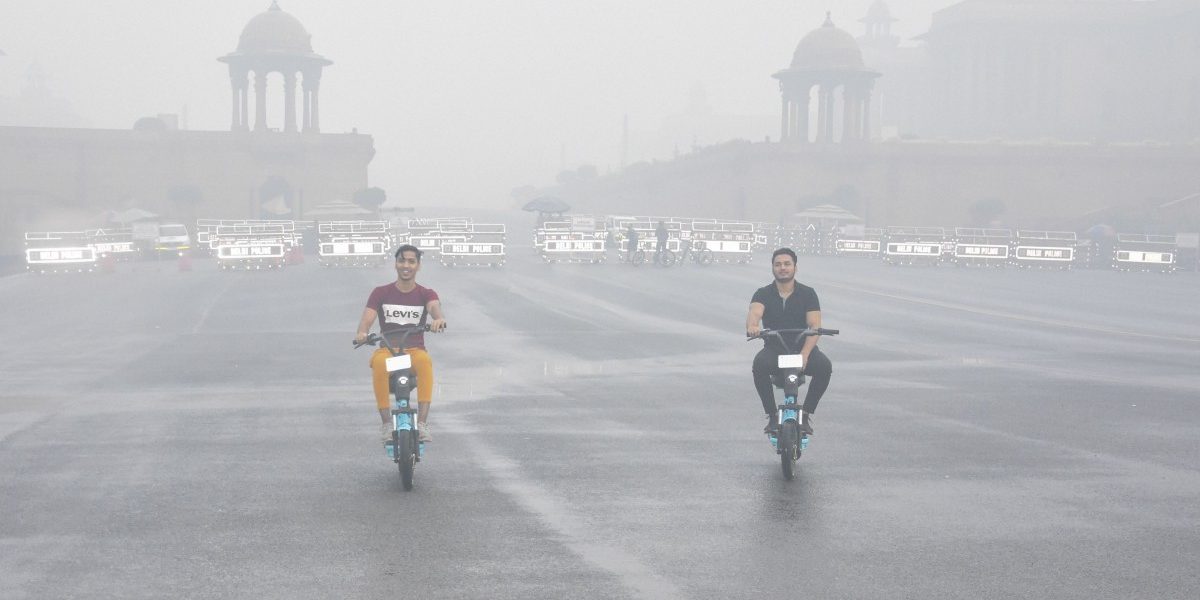 Commuters on Rajpath during heavy smog in New Delhi on Sunday. Photo: PTI

“Ye jo zehreeli hawa aa rahi hai, zehreeli gas aayi hai ho sakta hai kisi bagal ke mulk ne chhodi ho jo humse ghabraya hua hai (There is a possibility that this poisonous gas could have been released by any neighbouring country which is afraid of us). I feel that Pakistan or China are afraid of us,” Sharda told ANI. “We must seriously consider whether Pakistan has released any poisonous gas.”

Pakistan, according to the BJP leader, has been frustrated ever since Prime Minister Narendra Modi and home minister Amit Shah took charge, because of their “strong” stance. Unable to secure a military win, Sharda said, the country is now resorting to new tactics.

“Whenever Pakistan fought a war with India, it was defeated. Since PM Modi and Amit Shah came, Pakistan has become frustrated,” he said.

Sharda also criticised those, including Delhi chief minister Arvind Kejriwal, who have said that stubble burning in neighbouring states of Punjab and Haryana has worsened the pollution crisis in Delhi. “People including Delhi chief minister Arvind Kejriwal say pollution is caused by stubble burning or industrial emission. The farmer is the backbone of our country. Farmer and industries should not be blamed,” he said.

Also read: To Clean Its Air, There Are Miles to Go Before Delhi Can Sleep

All problems, he continued, could be solved by the current dispensation, because Modi and Shah are no less than gods. “This is a time of Krishna and Arjuna. PM Modi as Krishna and Amit Shah as Arjuna together will take care of it,” he said. 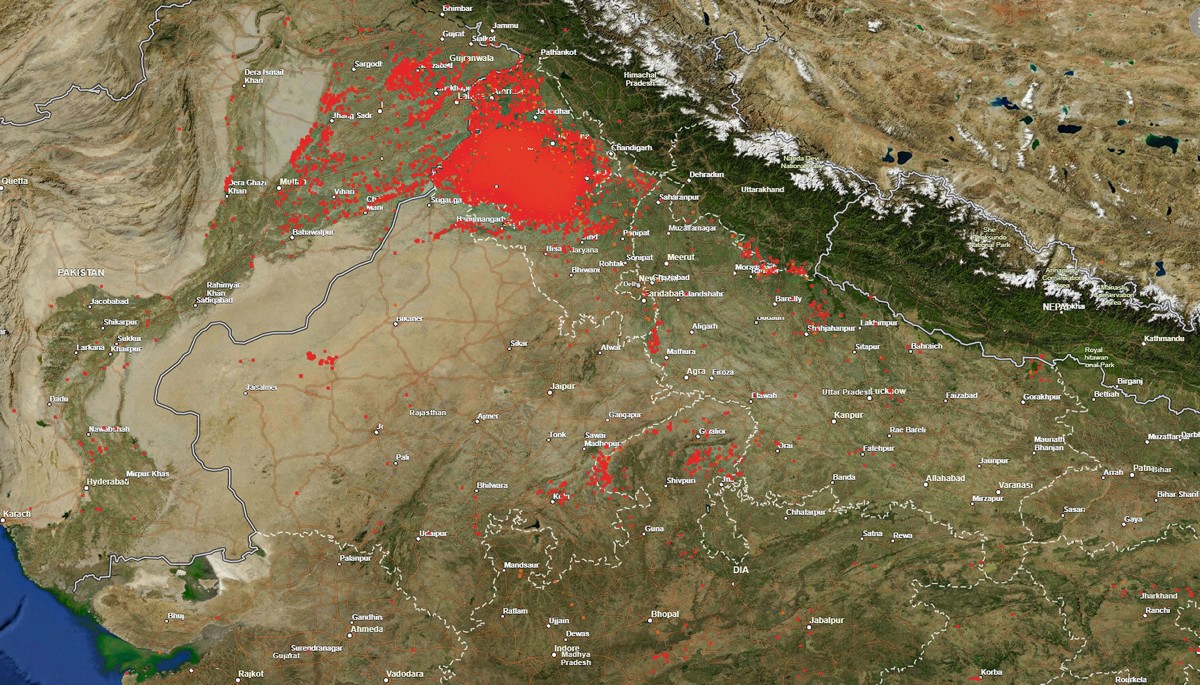 A NASA image released on Tuesday evening in which the red dots indicate fires – including those for stubble burning – in the areas surrounding Delhi. Photo: NASA Worldview/PTI

While Sharda’s “poisonous gas” theory is new, he isn’t the first person to try and shift blame for the ongoing crisis to beyond India’s borders. Lahore and other parts of Pakistan are also facing extremely poor air quality, and politicians and bureaucrats from both countries have tried to play the blame game.

As Emaan Majed wrote in The Wire, what we actually need is for India and Pakistan – and other countries across the globe – to put their heads together at this time and see where we can go from here. Environmental crises are not contained within borders – and so their causes and solutions can’t be, either. “Prime Minister Narendra Modi and his Pakistani counterpart, Imran Khan, have many things to discuss. Climate change should get on top of that agenda, if only because it doesn’t care for the electrified fence between their territories,” Majed argues.