The cascading tax burden on consumers clashes with the Modi government’s stated plan to improve poor people’s access to electricity. 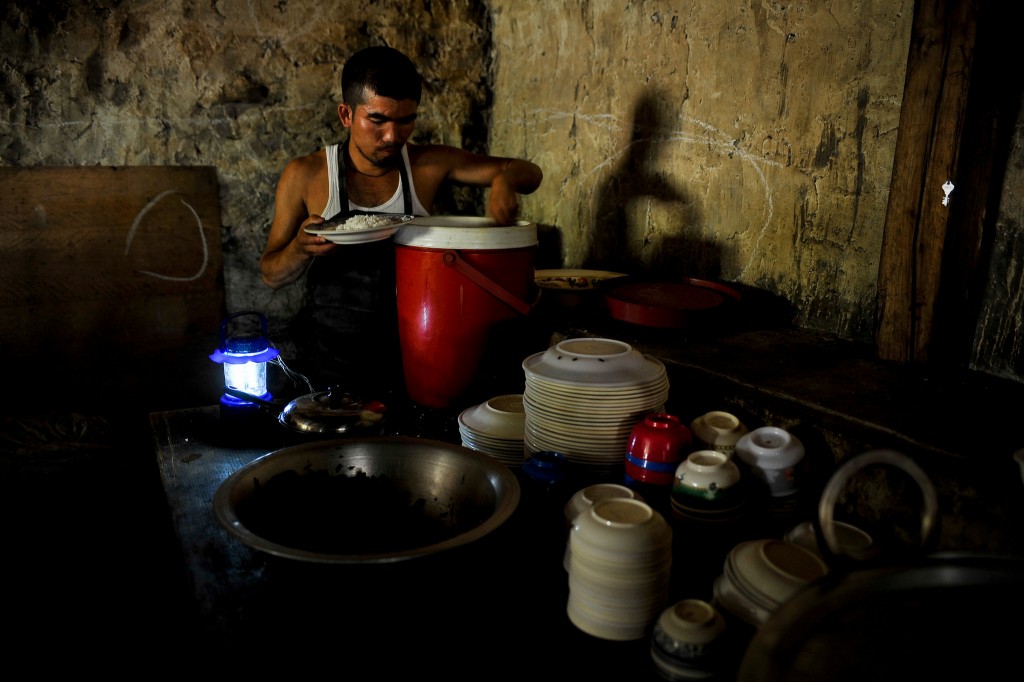 Apart from discouraging the poor from going for electricity connections, high tariffs also erode the global competitiveness of industries that use power as a key input. Credit: Asian Development Bank, Flickr/CC BY 2.0

New Delhi: Indian consumers will end up shelling out nearly Rs 30,000 crore extra every year towards payment for power consumption unless electricity is brought under the Goods and Services Tax (GST) regime. The reason? Power producers cannot claim credit for taxes and cess paid on coal and coal transportation due to exclusion of electricity from the new indirect tax regime.

The applicable GST rate on coal is 5%. Furthermore, the dry fuel attracts clean cess of Rs 400 per tonne. In addition, 5% GST is also payable on transportation of coal by trains.

And if we consider the Rs 1,100 per tonne price of CIL’s G9 coal, a grade that is commonly used by the power sector in India, as the benchmark price, the per tonne GST liability comes at Rs 55. At this rate, annual GST liability on coal purchase works out to Rs 2,596 crore.

Then, assuming that out of the 470 million tonnes coal supplied by CIL and SCCL to the power sector annually, 300 million tonnes of coal is transported by rail over a 600-km distance, the GST liability on coal transportation comes at Rs 1,500 crore.

The GST regime was rolled out in July 2017 by subsuming most of the central and state indirect taxes. But crude oil, natural gas, diesel, petrol, aviation turbine fuel and real estate, besides electricity, remain outside the ambit of the indirect tax regime.

The Bharatiya Janata Party-led NDA government has promised to roll out its flagship scheme of ‘Power for All’ by 2019. It is offering free connections to poor households under the recently-launched Saubhagya scheme to increase electricity coverage.

But the cascading tax burden on consumers due to the exclusion of electricity from GST is at odds with the Modi government’s stated plan to improve access to electricity for lower-income groups, especially in rural areas where consumers are highly price sensitive.

Also read: India’s GST, Hyped as Another Tryst With Destiny, Remains a Half-Way House of Disruptions

Apart from discouraging the vulnerable sections of society from going for electricity connections, high tariffs also erode the global competitiveness of industries that use power as a key input.

Industries using petroleum products as inputs are facing a cascading tax burden, as these items remain outside the ambit of the GST. Industry association, the Confederation of Indian Industry (CII) has asked the government for inclusion of oil and natural gas in the new GST regime at the earliest.

The industry body has suggested that till such time the excluded products are included in GST, the C Form (issued by a registered dealer or purchaser to a seller in case of central sales tax (CST) so as to charge him a concessional sales) should be continued to avoid high tax incidence on these products. Earlier, a purchaser was able to make the inter-state purchase of the non-GST goods by availing concessional central sales tax rate of 2% against Form C.

“Though the understanding is that the previous value-added tax (VAT) and CST rules would continue to apply to the excluded products, however, the related sectors continue to incur huge GST impact on all inputs without any set-off, as sale of crude oil and natural gas are outside the purview of GST and are subject to existing OIDA (Oil Industry Development Act) Cess, CST Act and State VAT,” the CII said recently.

Till now, fertiliser manufacturers, power producers, automobile manufacturers and other industries were buying natural gas and other petroleum products by paying CST of 2% against Form-C.

However, after introduction of GST, credit for VAT paid on petroleum products, including natural gas, is not available and the amendment of the CST Act has significantly altered inter-state sale of the products, say industry players.

Unless power is brought under GST’s ambit, high input taxes will keep tariffs high, which could hurt the government’s plan to improve the access of the poor to electricity, said analysts.

It is unfortunate that the Centre has not done much to build political consensus over bringing excluded items under the GST despite the BJP ruling in majority of states.