A well-functioning real-time market with the right price signals can help India accelerate its energy transition and absorb more renewable energy generation into the system. 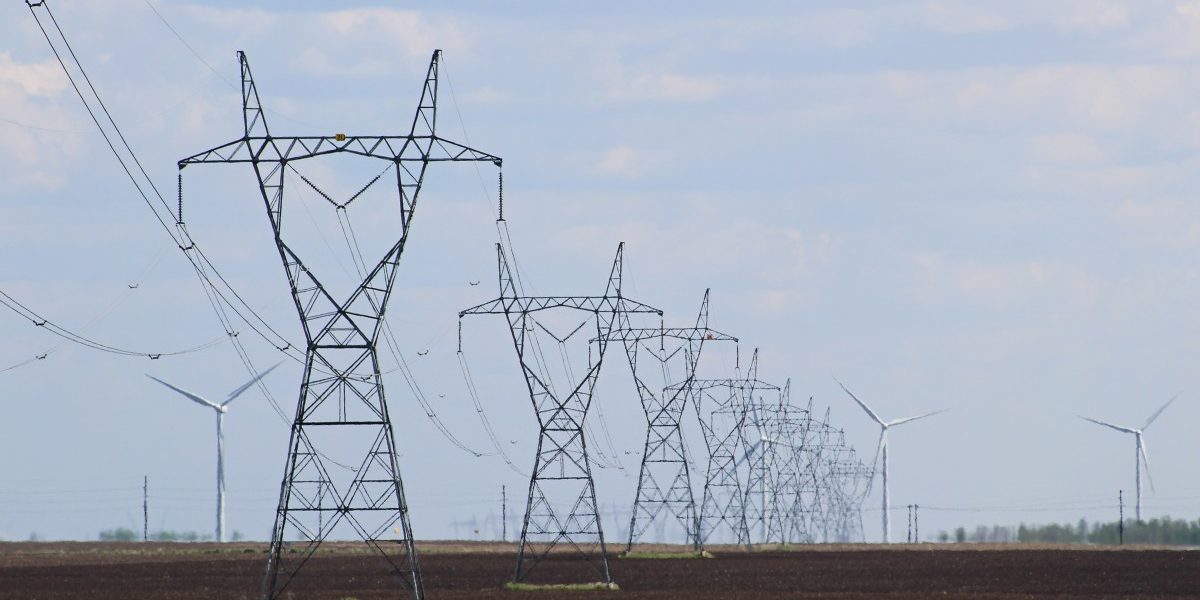 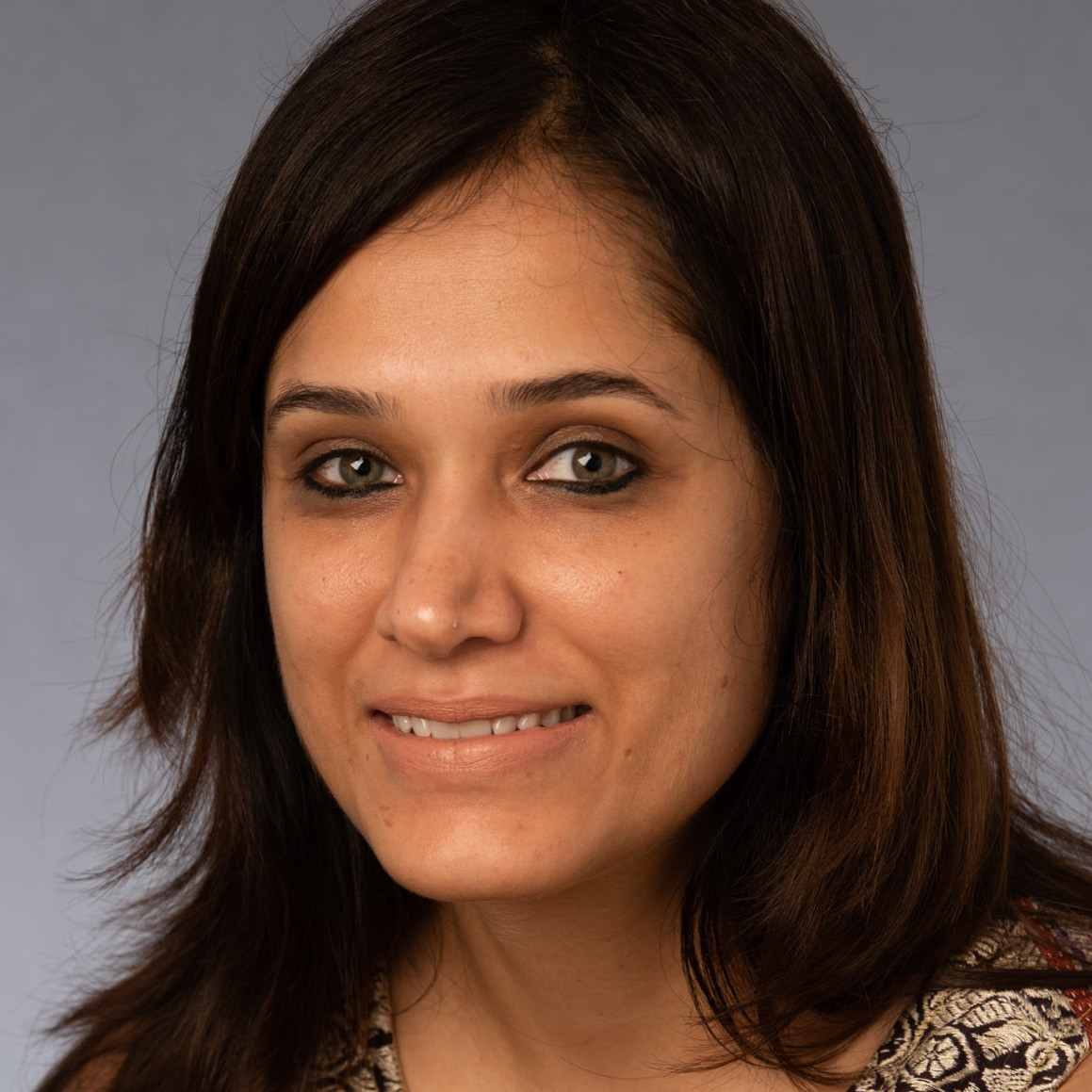 Prime Minister Narendra Modi called on citizens to switch off their lights on at 9 pm for nine minutes on April 5 as a way to express their solidarity with the country’s healthcare and emergency services workers in the thick of the nationwide coronavirus lockdown, and to light earthen lamps or torch lights instead.

His intention was to bring the people together during a crisis but the gesture created a major challenge for the country’s power system operators – to manage grid stability.

How system operators managed the grid voltage and frequency, with great apprehension, is a work of art. They deserve a pat on the back. However, while they may have won a battle, it is also a good idea to avoid such challenges for them in future.

To prepare for the event, the Power System Operation Corporation (POSOCO) Ltd. analysed load behaviour of a typical day, the previous Sunday, to anticipate the lighting load of household consumers. POSOCO convened a meeting with various stakeholders including national, regional and state load despatch centres (LDCs) and generating companies to finalise operational guidelines to maintain system stability and reliability during the big switch-off.

The Ministry of Power and India’s system operator installed protocols to handle rapid changes in electricity demand that the switch-off would create. They predicted a fall in demand of around 12-14 GW for a 2-4-minute period when the lights would go off, with recovery just a few minutes later. In the actual event, total reduction in demand was 31 GW (2.5-times the anticipated demand reduction), with minimum recorded demand of 85.8 GW at 9:10 pm.

Power authorities adopted a bottom-up approach, using data on number of household consumers to estimate the total lighting load. However, the data available extended only up to March 31, 2019, and more households have since been electrified. Moreover, a large number of consumers are still not metered and their actual consumption is not recorded. Any estimate is only as good as the data, reflecting India’s need to improve metering and record of demand.

Moreover, a government advisory also asked households to only switch off their lights, and leave on appliances such as computers, televisions, fans, refrigerators and air conditioners. However, during the 9-minute switch-off, it is believed that the reduction in demand couldn’t be accounted by the lighting load alone.

While the actual demand reduction was more than anticipated, grid frequency during the event remained stable, in the range of 49.70 Hz to 50.26 Hz, with minimum and maximum frequency ranging from 49.7 Hz at 8:49 pm to 50.2 Hz at 9:08 pm. The demand reduction was managed by reducing hydroelectric (17.5 GW), thermal  (6.9 GW), gas (1.9 GW) and wind (2 GW) power generation to maintain grid stability. When demand started to rise, these resources were gradually scaled up to meet the increase. 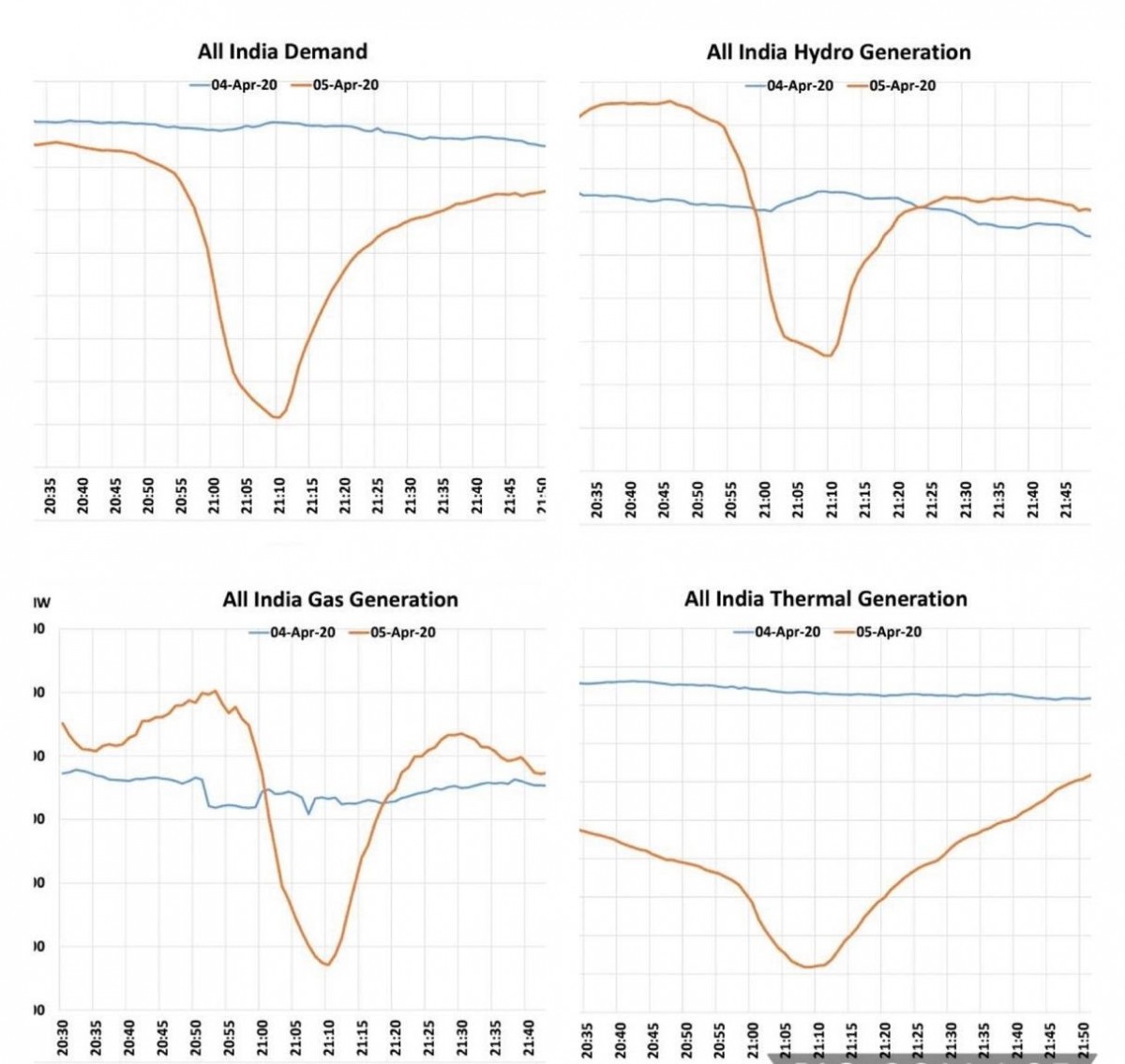 The night of April 5 amply demonstrated the robustness of India’s national electricity grid. Planning and contingency measures prevented cascading outages that could have threatened the synchronous grid. The management of the symbolic switch-off also demonstrated how investment in flexible peaking capacity and a centrally coordinated smart grid has afforded India’s power system the ability to integrate an increasing amount of low cost but intermittent renewable energy.

Pumped hydro and gas powered generation provided much-needed flexibility to the system, and renewable wind generation also contributed to maintaining system stability. But there is still a need to promote investment in these flexible generation sources, especially pumped hydro, which can respond quickly to variability in demand and supply.

Although the April 5 management of highly variable demand was done without any market price signals, it established the fact that technically the grid can manage large variations. However, the day-ahead market at the Indian Energy Exchange, where a small quantity of power is traded, witnessed a drop in price by 65% (in a 15-minute time block) at 9 pm, reaching the day’s lowest price of Rs 0.70/kWh at the time of the event.

Also read: India’s Power Grid Survived ‘Diya Jalao’, Only Thanks to Drastic Action Behind the Scenes

India needs an accurate market price signal to incentivise investment in building flexible peaking capacity. India also needs additional storage and demand-side measures to supplement the increasing share of variable renewable energy into the grid. Finally, there is a need for institutional and individual capacity building, so that operators have the skill to plan and manage the grid effectively.

India’s Central Electricity Regulatory Commission had planned to implement real-time market pricing from April 1, but because of the COVID-19 lockdown, delayed its implementation until June. While real-time settlement in the day-ahead market will yield savings by despatch of least-cost generation to meet energy requirements, it is complementary to time-of-day pricing and will offer incentives to develop flexible generation capacity to meet grid balancing requirements and maintain system stability.

The real-time market will further inform generation planning and investment decisions for more flexible generation sources and prevent generation assets from becoming stranded. It will also allow commercial and industrial consumers to provide demand response and shape their consumption pattern to take advantage of low-price periods.

April 5’s grid management effort was a successful real-time test. It established more confidence in the system operators’ ability to manage variability in demand and supply without compromising grid stability. A well-functioning real-time market with the right price signals can help India accelerate its energy transition and absorb more renewable energy generation into the system.

That is not to say, however, that such unprecedented power-supply events are necessary to prove the system’s robustness. Nowhere in the world has a power system operator had to manage 31 GW of load variability in only nine minutes. Renewable energy generation also varies over time and that is the reason the real-time market is designed with a gate closure of 30 minutes. What India’s grid system operators achieved is comparable to winning a battle, but we should not send grid and system operators into combat again.