India Must Look to Russia for a Mutually Beneficial Energy Partnership

In order to realise the ambitions of a large-scale energy transition from coal to cleaner natural gas, India must consider importing large quantities of natural gas from Russia. 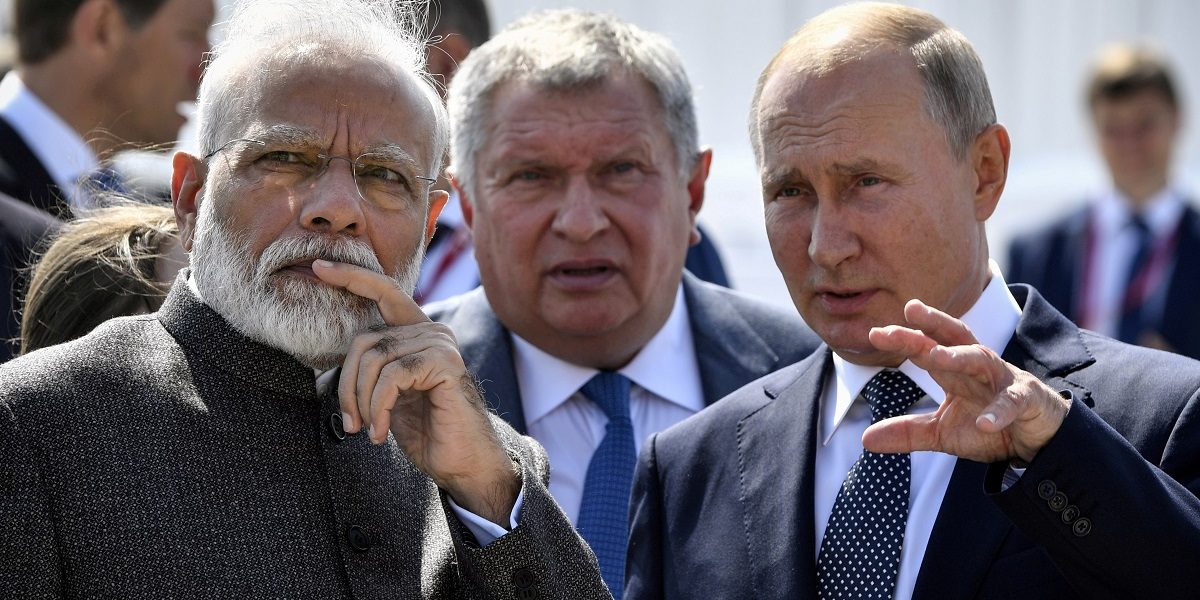 Interesting developments are taking place in global energy markets with significant ramifications for geo-politics and the world economy. The Organisation of the Petroleum Exporting Countries (OPEC) production cuts, fluctuations in world oil prices, economic sanctions, ageing oil and gas fields, insufficient implementation of energy technology and insufficient export capacity in the crude oil pipeline system have affected Russia’s capacity to export oil effortlessly. It is looking to diversify and expand its energy exports to Asian markets.

Just as Russia is actively pursuing a strategic re-direction toward Asia, so, too, should India as geopolitical instability in the Middle East and North Africa (MENA) region threatens to affect its import routes. India has been impacted by the US sanctions against Iran which have now reduced Iranian crude oil exports to almost zero. Growing at the fastest pace in the world, India’s oil demand is projected to reach 10 million barrels per day by 2030 from the current demand 5.05 million barrel per day. For an energy transition in which large volumes of coal consumption are poised to be substituted by cleaner natural gas, India has to start considering large import volumes of the same from Russia.

With 86.11% of its crude oil being imported, India must explore long-term, reliable and cost-effective options. Russia, being the largest exporter of natural gas and the second largest oil exporter, has the potential to be a reliable and economical alternative supplier. India’s liquid natural gas (LNG) imports are projected to quadruple by 2040. An increase in Russia’s energy production and its ability to export that energy could lend price certainty and supply stability to India’s oil situation. 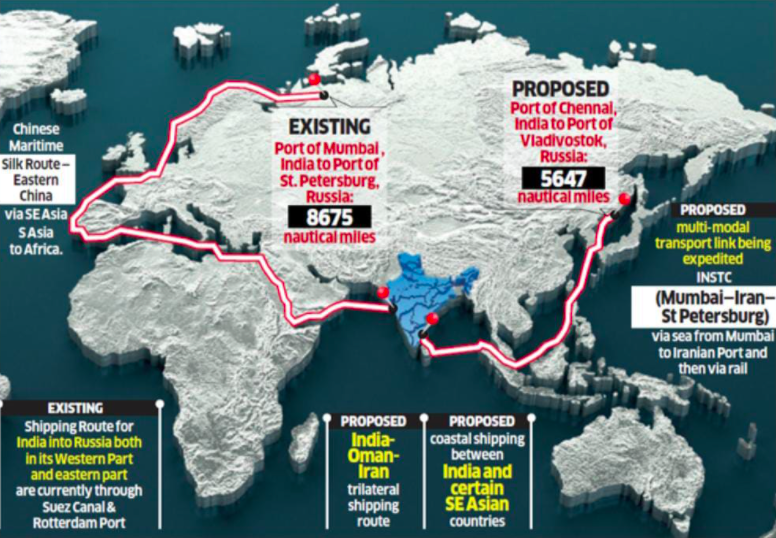 These mutually aligned priorities have resulted in the exploration of a roadmap for Indian investment in infrastructure development projects in the Siberian and Arctic regions. Russia has been the single largest destination for Indian overseas investment in oil and gas projects, with cumulative investment exceeding $30 billion. But two-way trade has languished at just $10-11 billion. This is poised to change with the development of Vostok Oil, whose competitive advantage lies in its proximity to the Northern Sea Route, the arctic transport corridor which is becoming more and more accessible due to climate change.

After reaching its full capacity, the Vostok project is set to produce 50 – 100 million tons of oil per year and Rosneft aims to begin shipping oil from the planned project in 2024 via the Northern Sea Route, an alternative to the Suez Canal which shortens travels to the energy-hungry markets of Asia.

In February, 2020, the state-owned Indian Oil Corporation (IOC) signed a term contract with Rosneft for the supply of two million tonnes per annum of crude oil to India via the port of Novorossiysk (a Russian port on the Black Sea) by the end of 2020. This is the first-ever annual oil purchase deal signed between the two countries. Dharmendra Pradhan, Union minister of petroleum and natural gas as well as steel, described it as an “important milestone”.

During delegation-level talks with Igor Sechin, CEO of Rosneft, Pradhan said, “Hydrocarbon is an important pillar of the Strategic and Privileged Partnership between India and Russia. Indian oil and gas companies value their association with Rosneft, one of the important companies partnering in our energy security objectives.” For India, importing gas and oil from Russia is imperative if the long-term strategy is to diversify the country’s crude oil supplies from non-OPEC countries, bypass the Strait of Hormuz, stabilise oil prices and provide avenues for other PSU oil refiners to enter into similar contracts for the import of Russian crude oil.

However, China must also be factored into this equation. With the “conspicuous commonalities” of being the largest and third-largest net importers of oil, China and India could consider joint ventures in Russia’s energy sector. China’s competitive technology and India’s huge input and product markets would act as perfect complements for energy engagement. The aggressive nature of China’s strategic culture is likely to be contained by the prospect of a mutually beneficial partnership in Russia.

China is building crude oil pipelines in Pakistan and Myanmar to circumvent the persistent ‘Malacca Dilemma’ but India remains a key factor affecting this plan. It could consider “equivalent exchange”, i.e., allowing an India-Russia crude oil pipeline to pass through China and could even share these pipelines.

The maritime link between Chennai and Vladivostok would enable cargo transfers in 24 days compared to 40 days it currently takes to transport goods from India to Far East Russia via Europe. The International North-South Transport Corridor (INSTC), an overland route which can connect the India-backed Chabahar Port in Iran to Azerbaijan, St. Petersburg and North Europe via Russia, providing India access to Europe and Central Asia, needs to be accelerated in view of developments in Afghanistan.

India’s Free Trade Agreement (FTA) with the Eurasian Economic Union – which currently being negotiated –  will be hugely impacted by these new routes. With the Northern Sea Route coming into common usage, a vast resource will become more accessible and longer shipping seasons will improve Arctic logistics.

India has displayed interest in the geo-politics of the poles with the launch of its Arctic policy earlier this year. Unlike earlier projects where India had to sell to South Korea or locally, the shorter Arctic Northern Sea Route will provide Delhi with the chance to optimise the pricing of crude oil and logistics costs at any time.

Notwithstanding disapproval limiting resource development in environmentally sensitive regions, national interest and security should steer India and Russia’s Arctic policies. But even environmental pressure groups can be persuaded by highlighting the fact that Russia’s far north Vostok oil fields will be powered by the extensive use of renewables to produce “green barrels” and that India’s energy deal visualises Russian investments in new initiatives for a gas-based economy.

There is a need to intensify and reinforce our traditional friendship, which has witnessed something of a trust deficit of late given India’s growing proximity to the US and Russia’s geo-strategically weighty and economically deep relationship with China.  The move to open up alternative sea routes makes economic and strategic sense for both nations and avoids the mistake of leaving Far East Russia entirely to China.

Vaishali Basu Sharma is an analyst on strategic and economic affairs. She has worked as a consultant with the National Security Council Secretariat (NSCS) for nearly a decade. She tweets at @basu_vaishali