Despite SC Ruling, Adani Pushes For 'Compensatory Tariff' For Tiroda and Kawai Plants

The company recently petitioned the Maharashtra and Rajasthan electricity regulatory commissions, asking to be reimbursed for extra fuel costs incurred by its power plants. 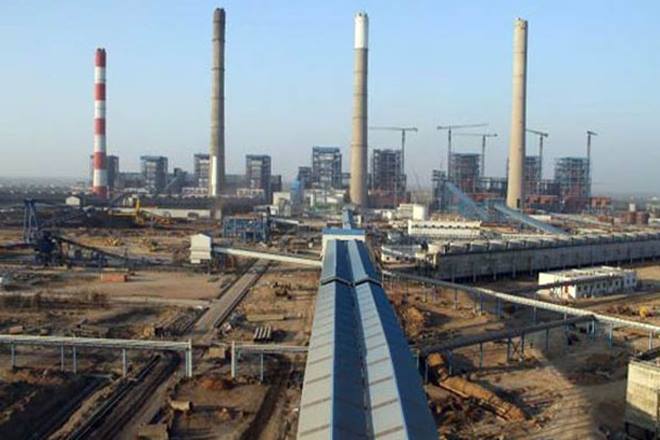 New Delhi: In a move that has left legal experts puzzled, Adani Power has claimed ‘compensatory tariff’ for its Tiroda and Kawai power plants even though the power generating stations do not have any long fuel linkage or commitment of fuel supply by Coal India (CIL).

Fuel linkages or commitment of fuel supply are critical prerequisites for availing of the benefit, as per a recent Supreme Court ruling.

In April this year, the apex court rejected ‘compensatory tariffs’ – a term used to describe the difference between the tariffs that companies said they would charge while bidding for a power supply contract and the actual cost-based tariff – for Tata Power’s and Adani Power’s Mundra power plants but said power plants based on domestic coal linkage could claim the benefit for any shortage in fuel supply subject to approval of the concerned electricity regulatory commission.

The court clarified that shortfall in coal supply by CIL amounts to a change in law and hence qualifies as a force majeure event, though the same benefit cannot be extended to plants based on imported coal – such as the Mundra plants of Adani Power and Tata Power – as there is no such provision in those power supply contracts.

Citing the SC ruling, however, the private developer has recently petitioned the state electricity regulatory commissions of Maharashtra and Rajasthan for reimbursement of extra fuel costs incurred by its power plants.

The company has, however, made it clear that the revenue claims are under litigation. Adani Power has fuel linkage for only 1,180 MW out of its 3,300 mw capacity at Tiroda. It has been using e-auctions and imported coal to meet fuel shortfall at the plant.

Adani Power has sought compensatory tariff for the entire capacity. Unsurprisingly, Adani’s claim has been contested by the Maharashtra State Electricity Distribution Company (MSEDCL) which is taking electricity from the plant under power purchase agreement (PPA).

The assurance of 100% linkage of coal pursuant to the 2007 New Coal Distribution Policy (NCDP) does not apply to the fourth and fifth unit of the plant which do not have Letters of Assurance (LoAs) from CIL, MSEDCL submitted before the MERC.

The impact of change in law should be approved only for generation capacity of 1,180 mw based on the difference in coal price due to the shortfall in linkage coal from 100% to 65% in the first year and so on, due to the amendment to the NCDP in 2013, MSEDCL added.

MSEDCL’s position was also supported by Prayas, a Pune-based non-governmental organisation which pleaded as consumer representative in the case.

Adani’s 1,320 MW Kawai plant too does not have any fuel linkage or commitment of coal supply from CIL. The company has been using e-auctions and imported coal to fire the plant, as in the case of Tiroda. It has moved the RERC for relief on extra fuel costs incurred by the plant in the absence of fuel linkage.

In an earnings conference call with investors in May this year, Adani Power CFO Vinod Bhandawat said in reply to a query: “The Supreme Court has already clearly said that any change in policy of the government is a change in law under terms of the PPA, and that the regulator has the power to determine the tariff. So we are hopeful that we will get adequate compensation for Kawai and Tiroda for shortfall in domestic coal.”

The RERC is yet to begin hearing in the Kawai case.

Meanwhile, the company is banking on the new coal linkage policy announced by the government in May this year. Under the new policy, plants that do not have assured coal supply can apply for fuel linkage for domestic coal supply.

“We believe that an assured supply of domestic coal will help these projects reduce their reliance on imports and open market purchase, and do away with the need for compensatory tariffs for our plants going forward,” Bhandawat added.

The Lohara West Extension coal block of the Wardha Valley coalfield was allocated to the Tiroda plant in 2007. But later, the environment ministry cancelled the allotment, as the mine fell under the wildlife corridor for a tiger reserve.

It might have to undertake a similar exercise for the Tiroda and Kawai plants as well if its petitions for compensatory tariff are rejected by MERC and RERC.  The company’s entire investment in the 4,620 MW Mundra plant has been nearly wiped out due to continuing operational losses. It invested Rs 6,000 crore in the project but has transferred it to a newly-created subsidiary for an equity value of just Rs 106 crore.

Adani Power has offered a 51% stake in the Mundra plant to state-owned Gujarat Urja Vikas Nigam Ltd for a token amount of Re 1 to cut its losses. Lenders including State Bank of India have been taken into confidence and valuations of assets are being done by expert agencies. A decision might be taken on the proposed sale of stakes after a new government takes up the reins of power in the state after the ongoing assembly polls, sources said.

Meanwhile, Adani Power’s outstanding debt has reached the staggering level of Rs 52,500 crore as disclosed by the company at a recent investors’ meet. The combined debt of the Adani group’s listed companies is estimated at Rs 1.1 lakh crore.