Industry insiders say this is perplexing as the CEA website is often considered the only credible source of data for the power sector. 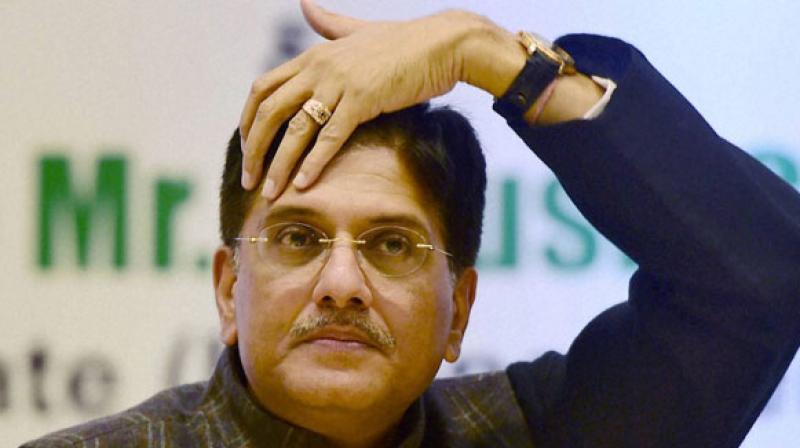 Coal minister Piyush Goyal, who once promised to end India’s dependence on imported coal, has not said anything on the prevailing fuel crisis. Credit: PTI

New Delhi: The Central Electricity Authority (CEA) has suddenly stopped publishing its daily generation and coal supply reports, even as over half of India’s coal-based generation capacity reels under severe fuel shortage.

While the CEA’s daily reports on coal supply to power plants are available up to March 6, generation data since then has been blanked out. When the “daily generation report” option in the menu on the CEA website is clicked, the page that opens has no generation data.

Industry insiders say this is perplexing as the CEA website is often considered the only credible source of data for the power sector. Significantly, the website does not carry any notice to inform viewers that publication of daily updates has been halted.

Officially, only about 31,000 MW capacity has been shown as having less than normative coal stocks. This is because out of 56 plants with less than seven days’ coal stocks, as many as 31 have been kept off critical and supercritical fuel stock lists under the revised CEA guidelines.

As per a reply given by coal minister Piyush Goyal to parliament in August 2014, out of 100 power plants monitored by the CEA, 46 were having coal stocks of less than 7 days as on July 30, 2014. This figure has now gone up to 56, raising question over the manner in which Goyal’s ministry has dealt with this problem.

As per the CEA norms revised last September, power plants, which have delayed payment for supplied coal or failed to lift allocated fuel supplies due to logistical issues or do not have proper fuel linkage, are not shown as facing coal shortage in the daily report.

Coal minister Piyush Goyal, who once promised to end India’s dependence on imported coal, has not said anything on the prevailing fuel crisis.

“We want to completely stop the import of thermal coal in the next two to three years,” Goyal had famously told the maiden Maritime India Summit in April 2015.

“We do not wish to import coal from anywhere in the world. We have sufficient coal capacity in our country,” Goyal – who continues to helm the coal ministry – said in June last year.

Earlier too, when electricity prices soared above Rs 10 a unit at power exchanges last September due to a coal shortage crisis, Goyal had maintained silence.

But in February this year, Goyal broke his silence and clarified that Coal India (CIL) had slowed production on the expectation of weak demand. The coal crisis exploded when demand picked up suddenly, he said.

Fuels stocks of nearly a quarter of country’s coal-based plants had depleted to critically low levels as of October 17 last year but rather than accept this reality, the coal ministry defended the government’s narrative of surplus coal availability.

The ministry put the blame for the coal crisis at the time on private power companies who did not stock up on supplies before the onset of monsoon. However, the reality was that power shortage was triggered by the precipitous fall in the generation at hydel and nuclear plants.

Before the power shortage snowballed into a crisis, coal-fired generating stations were battling with low electricity demand. They too were caught unaware by the sudden explosion of power demand.

Meanwhile, CIL, which accounts for 80% of the coal supply to the power industry, is struggling to meet the scaled down target of 600 million tonne output in 2017-18.

During April-January, it produced just 440 million tonnes of coal against the pro rata target of 470 million tonnes, a 6.2% shortfall, as per the monthly summary report submitted by the PSU to the Cabinet Secretariat.