What's the Carbon Footprint of Your Sofa, of Your Festival Meal?

That there is renewed sense in auditing the carbon-costs of a regular sofa or a Thanksgiving dinner speaks to the precarious position the ongoing environmental crisis has placed us in. 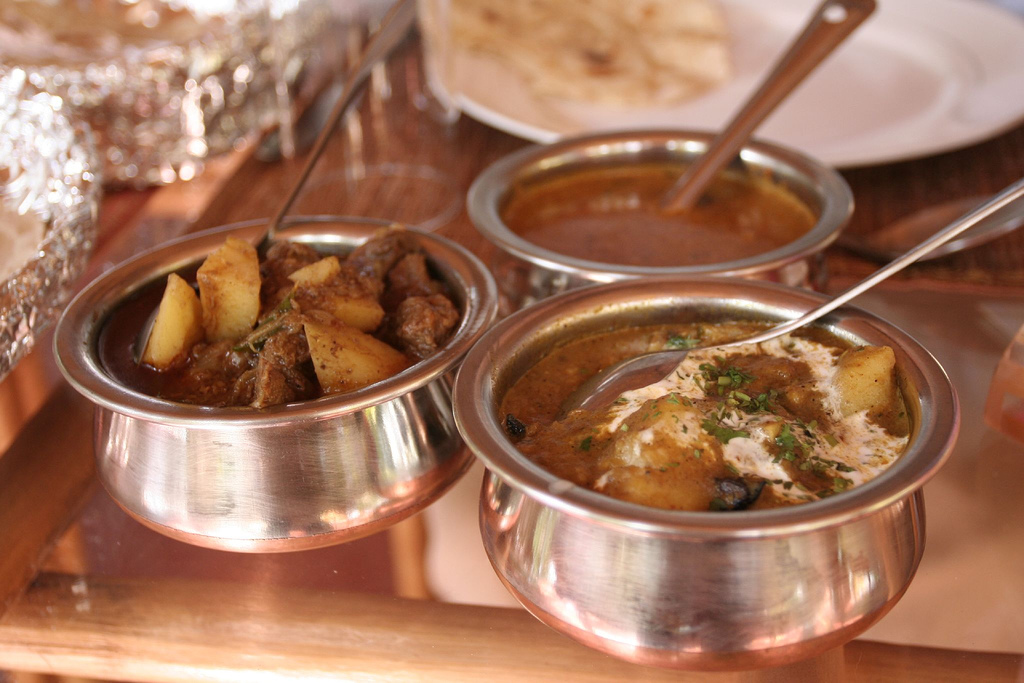 Carbon footprint, climate change and the environmental impact of various activities are not just for debate anymore. The science magazine Scientific American has reported that the carbon dioxide levels in Earth’s atmosphere this year failed to drop below the 400-parts per million threshold. Some scientists believe that it may never drop below this symbolic line in our life time. This is a significant development.

In a time like this, we must consider our own individual contribution to the world’s carbon footprint. In 1991, the New Scientist published a curious article asking if we have ever stopped to consider what the carbon footprint might be of the ubiquitous sofa? It reported that scientists from the Swedish Environmental Research Institute, Stockholm, “carried out a cradle-to-grave impact analysis of a sofa, and found that it contributes during its lifetime to the greenhouse effect, ozone depletion, use of nonrenewable resources, and acid rain”.

It continued: “A future British Labour government would press for environmental audits to be included in companies’ annual reports, and the European Parliament is currently drafting proposals for a directive on environmental auditing. Under this legislation, many industries may have to carry out full, annual evaluations of the environmental impact of their activities, and publish the results. Manufacturers could be compelled to publish audited pollution statements, which will form the basis for taxes under the ‘polluter pays’ principle.”

In their thorough analysis, the Swedes split the life of the sofa into stages and estimated how each one affected the environment. These included “the extraction of raw materials, manufacturing processes and wastes generated, transport, energy use, and ultimate disposal and degradation.”

It takes wood, PVC, blown-foam plastics, glue, metal, nylon and cotton to make a sofa. And the carbon-cost of the sofa includes manufacturing and transporting these materials. Finally, over time, the materials also degrade and cause further harm to the air, water and land.

Generally, manufacturers give their sofas a good coat of paint to finish off, and even this isn’t spared from the environmental audit: “Painting the sofa releases around 100 grams of volatile organic compounds to the atmosphere, while 60 grams of trichloroethane evaporate from the glue.”

Every sofa has some metal parts. Production of the metal components produces 20 nanograms of highly toxic dioxins. Sofa contains foam, whose production requires the use of chlorofluorocarbons (CFC), a compound implicated in the depletion of  the ozone layer in the upper atmosphere.

So, every article used in a typical household has its own distinguishable impact on the environment. If we had carried such a study out half a century ago, the general public would have had little appreciation for the effort. It isn’t so anymore – and this change speaks to the precarious position the ongoing environmental crisis has placed us in.

Recently, researchers from Carnegie Mellon University (CMU), Pennsylvania, calculated the carbon footprint of Thanksgiving dinners, had every year on November 24, and published their findings for different states in the US. The meal-footprint is lowest in Vermont (0.09 kg of carbon dioxide released) and highest in West Virginia (36. 3 kg).

Their test-meal was a typical Thanksgiving dinner: roasted turkey stuffed with sausage and apples, green bean casserole and pumpkin pie. They were able to show that the environmental impact depends on where one prepares the meal. They considered the way one cooks (gas versus electric range), what the state’s power source is and how one produces the food in each area.

Maine and Vermont depend mostly on renewable energy and so produced the lowest amount of carbon dioxide while cooking the dinners. Wyoming, West Virginia and Kentucky use coal-fired power plants and so emitted more.

“Food production – how the food is grown or raised – and meal preparation – how the food is cooked –both contribute to the carbon footprint. We broke our dinner down into its separate dishes, and then broke those down into the individual ingredients. For each ingredient, we tracked its carbon emissions from ‘farm-to-fork.’ Production and preparation both contribute about 50 pounds of carbon dioxide, but it varies from state to state and house to house,” said Paul Fischbeck, a professor of social and decisions sciences at CMU’s Dietrich College, in a news release.

He and his colleagues found high variability among similar stove types in different states. For example, cooking a 16-pound turkey in an electric oven in coal-dependent Wyoming emits 14.5 kg of carbon dioxide. In Maine, cooking the same turkey in the same oven but with electricity generated primarily from renewable energy releases less than 1.5 kg. In general, using gas ranges to cook leaves a smaller footprint than electric ranges. However, the team then found that it does not hold true for 11 states whose primary sources are renewable energy and nuclear power.

Orchi Banerjee, a sophomore majoring in decisions sciences, found that have people over can easily double the carbon footprint of the meal. “American cars emit close to a pound of carbon dioxide per mile traveled. If your guests collectively drive more than 180 miles round trip, it may help the environment if they stayed home and cooked their own meal,” the release quoted her as saying. (One pound is 0.45 kg.)

The researchers also assumed a scenario in which four people would have flown 960 km round-trip to reach and leave from the dinner table. As a result, the carbon footprint becomes 10-times that of a smaller Thanksgiving meal even before they sit down at the table. However, Fischbeck noted that this does not mean that he thinks everyone should stay at home or should not enjoy a home-cooked meal.

“It is important to keep things in perspective. Yes, the carbon footprint of Thanksgiving is larger than an average meal, but compared to all the environmental lifestyle decisions that American family could make, these are very, very small potatoes,” Fischbeck reasoned. “So, eat in moderation, spend time with your friends and family and travel safely, but whatever you do, don’t replace your turkey with roast beef. That could easily double the footprint of your feast.”

What about the carbon footprint of an Indian meal? A paper published in the journal Agriculture, Ecosystems & Environment in October 2010, researchers took a shot at it. It says: “Mutton emitted 11.9 times as much GHG as milk, 12.1 times as fish, 12.9 times as rice and 36.5 times as chapatti. As Indians mostly consume fresh foods produced locally, 87% of the emissions came from food production followed by preparation (10%), processing (2%) and transportation (1%). For a balanced diet (vegetarian), an adult Indian man consumed 1165 g food and emitted 723.7 g CO2 eq. GHG. A non-vegetarian meal with mutton emitted GHG 1.8 times of a vegetarian meal, 1.5 times of a non-vegetarian meal with chicken and an ovo-vegetarian meal and 1.4 times a lacto-vegetarian meal.”

With this in mind, consider the Kerala banquet-feast (sadhya). A typical Onam sadhya consist of 24-28 dishes served in one course. The sadhya prepared on such special occasions as the Aranmula boat-race has as many as 64 items. Apart from figuring the ingredients of each item and how they are sourced, we will also have to account for the use of different types of fertilisers, insecticides and pesticides used in the farming of most of the vegetables. What do you think the final number will be?