As Some States Warn of Power Crisis, Coal Ministry Says Supplies Have Been Sorted Out 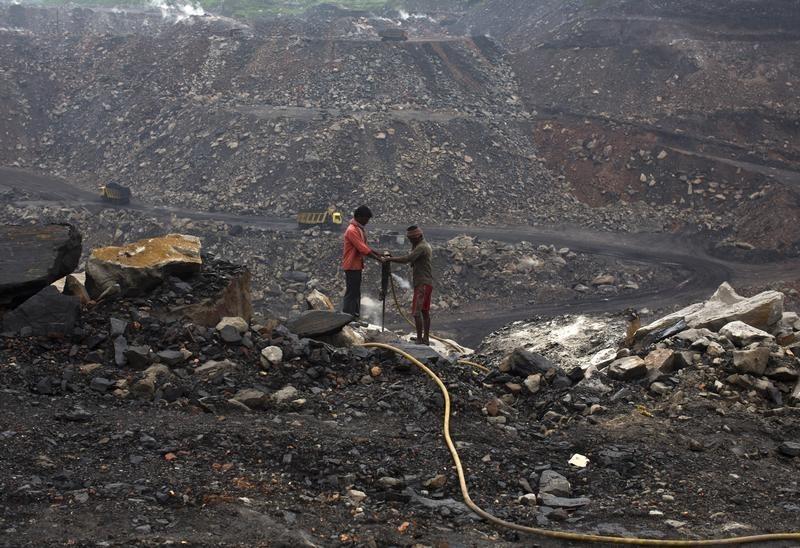 New Delhi: An energy crisis is looming in some states, including Delhi and Punjab, due to a combination of factors such as excess rainfall hitting coal movement and imported coal-based power plants generating less than half of their capacity due to record high rates.

In a year when the country produced record coal, rains hit movement of the fuel from mines to power generation units, impacting power generation in many states, including Gujarat, Punjab, Rajasthan, Delhi and Tamil Nadu.

While power producers and distributors have warned of blackouts as generation units are running coal as low as two days, the coal ministry said the country has adequate coal stocks and low inventory doesn’t mean generation will stop as stock is being continuously replenished.

Another factor that has contributed to the present crisis is power plants that used imported coal to generate electricity, have either curtailed generation or completely stopped as a spurt in international energy prices has made it difficult for them to meet the commitments to states at a particular rate.

Tata Power, which has signed contracts to supply 1,850 MW of electricity to Gujarat, 475 MW to Punjab, 380 MW to Rajasthan, 760 MW to Maharashtra and 380 MW to Haryana from its imported coal-based power plant at Mundra in Gujarat, has stopped generation.

Power plants across the country regulated generation after stock ran low. Against the requirement of maintaining 15 days to 30 days of stocks, over half of the country’s 135 coal-fired power plants, which in total supply around 70% of the nation’s electricity, have fuel stocks of less than two days, as per the data from the grid operator.

The coal ministry, however, said the stocks being reported by power plants is a rolling stock, which means stocks are being replenished on a day by day basis. “There is about 40 million tonnes of coal stocks at the mines and another 7.5 million tonnes at power plants,” a top ministry official said, according to PTI. “Evacuation from mines to power plants has been an issue as excessive rains as mines get flooded. But this is now being sorted out and supplies to power plants are rising.”

Delhi chief minister Arvind Kejriwal shot off a letter to the Prime Minister over “a power crisis” Delhi could face. “I am personally keeping a close watch over the situation. We are trying our best to avoid it,” Kejriwal said.

“We have stopped generation at Mundra as high cost of imported coal is making it impossible to supply under present PPA terms,” a Tata power spokesperson said.

Adani Power did not immediately offer any comments on the issue.

Punjab State Power Corporation Ltd (PSPCL) too cited the same reason for imposing rotational 3-4 hour load shedding at several places in the state. PSPCL said two units each at Talwandi Sabo power plant, Ropar plant and one unit at the Lehra Mohabbat, 475 MW plant have been shut. According to the Indian Express, the PSPCL has told chief minister Charanjit Singh Channi that the thermal power plants in Punjab – two managed by the state utility and three in the private sector – have coal stocks to meet generation requirements for one to two days.

According to DNA, eight power plants have now stopped functioning in Uttar Pradesh, while six others were already not functioning due to other reasons. Power cuts for 4-5 hours have reportedly been announced in some rural areas.

Rajasthan is resorting to one hour power cuts on a daily basis. Electricity supplies in Tamil Nadu, Jharkhand, Bihar and Andhra Pradesh too have been impacted due to the coal crisis.

In Rajasthan, electricity supplies are being cut for one hour daily while the Tamil Nadu Generation and Distribution Corporation (Tangedco) said that power will be suspended in parts of Chennai for carrying out maintenance work in the city.

Jharkhand and Bihar are also among the worst affected by the coal shortage. In Andhra Pradesh, acute supply shortfalls were pushing it towards unscheduled power cuts, adding that crops could dry up if there is no electricity to power irrigation pumps.

“More water is required in the last stage of harvesting and if it is denied, fields would dry up and farmers stand to lose,” Andhra Pradesh chief minister Y.S. Jagan Mohan Reddy said in a letter to the prime minister.

In Odisha, the industry was facing coal shortage and have petitioned the state government to ensure adequate supply of the fuel.

The crisis facing states has been in the making for months. As India’s economy picked up after a deadly second wave of COVID-19, demand for power rose sharply. Electricity consumption has jumped almost 17% in the last two months alone when compared to the same period in 2019.

At the same time global coal prices increased by 40% and India’s imports fell to a two-year low.

The country is the world’s second largest importer of coal despite also being home to the fourth largest coal reserves in the world.

Dispatches of coal by Coal India Ltd touched 1.501 million tonnes on October 7, reducing the gap between consumption and actual supply, sources said adding efforts to increase dispatches to power sector to 1.6 million tonnes per day in the next three days and thereafter to 1.7 million tonnes is being attempted.

Sources ascribed four reasons for the depletion of coal stocks at the power plant – unprecedented increase in demand of electricity due to revival of economy, heavy rains in coal mine areas during September impacting production as well as despatch, increase in prices of imported coal to unprecedented high level leading to substantial reduction in power generation from imported coal based power plants, and non-building of adequate coal stocks before the onset of monsoon.

The daily consumption of electricity has crossed beyond four billion units per day.

Imported coal price of Indonesian coal jumped from $60 per tonne in March to $160, resulting in 43.6% reduction in power generation from imported coal which led to extra demand of 17.4 million tonnes of domestic coal during April-September.

The Ministry of Power has issued guidelines on Friday for operationalising optimum utilisation of generating stations as per the requirements in the Electricity Grid. These guidelines will enable imported coal based plants (having sufficient coal) to operate and ease out the burden on domestic coal, they added.