Despite the poverty, hunger and trauma that our previous generations had faced, luminaries like Yash Pal dedicated their lives to building a new nation. 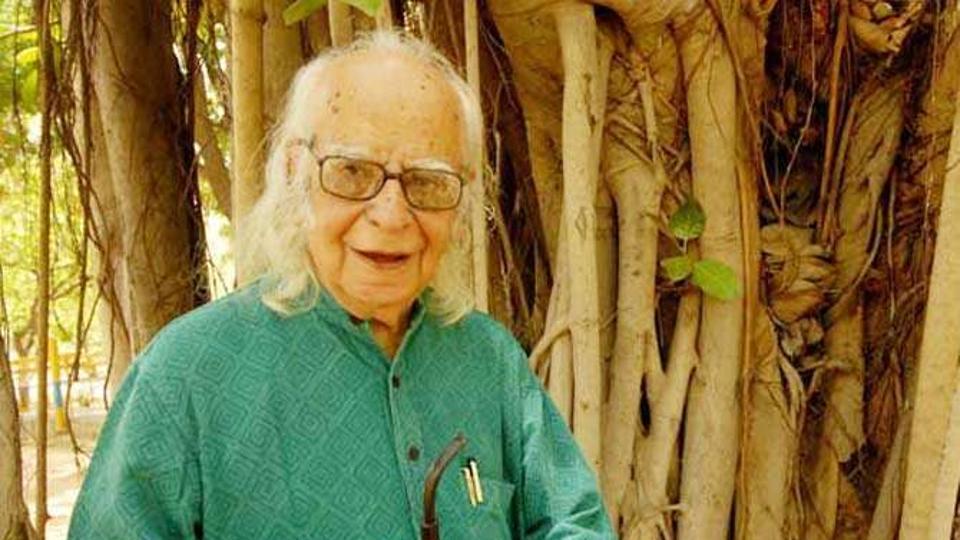 July 26, 2002. The assembly hall of Springdales school in Delhi was jam-packed with children of all ages. Prof. Yash Pal began speaking, “yaar taali to bajao” (“At least clap”). He asked children to clap their hands once again and thunderous applause followed. He asked them to try and clap using the back of their hands, and demonstrated it. The children tried but this time there was no sound. He asked them why a clapping sound was made when one palm of a hand hit the other but not so when they clapped with the backs of their hands. This was the beginning of a fascinating lecture on the notions of force, pressure, the properties of sound waves and of mechanical waves in general.

Pal had the unique ability to pick up any example from life and use it to explain science. For example, once he asked children, “Yaar yeh chhoti chidyan itni jaldi jaldi dana kyon chugti hain, dekha hai na tumne? Ham to nahin khate khana din mein itni baar” (Have you observed small birds eating frequently? We don’t eat food so many times in a day) – and this is how he began a long explanation of energy, its relationship with our body and the difference between biologically stored energy and energy stored in a moving body. He meandered through personal experiences, the laws of physics and biology with remarkable agility, and the transitions were always seamless.

Not many scientists of his stature have a natural talent to connect with school children and specialists working in a discipline of science with equal ease. Jayant Narlikar once told me in an interview that Pal, as the then chairman of the University Grants Commission (UGC), had asked him to help set up an institution that would serve to train university faculty and students in astronomy. Subsequently, a proposal had been prepared and sent to UGC. “Prof. Pal rang up [Narlikar] and said, look, I have got your project report, it is [a] nice report, such an institution should be built, but I will not approve it unless you agree to come and be the first director.”

This is how Pal became a ‘turning point’ in the life of another celebrated scientist of the country. With a stroke of a pen, he shaped Indian astrophysics and created a national facility where generations of scientists continue to contribute significantly to the study and practice of astronomy.

Most people will remember Pal for the TV programme ‘Turning Point’, produced and telecast in 1991. In this programme, he regularly explained complex scientific phenomena and also answered questions posed by viewers in simple language. What most people do not know is that Pal had created a large database of questions and answers that he had received from the public at various points. And this database was used for answering questions by schoolchildren and common citizens alike for many years, even after the programme was stopped.

In the last 150 years or so, India has produced great institution builders and science communicators. Some names include Sayyed Ahmad Khan, Master Ramachandra, Jagdish Chandra Bose, C.V. Raman and Ruchi Ram Sahani. However, Pal was born in an age of great upheaval and dispossession – but also an era of opportunities – in Indian history. He belonged to the generation of those scientists who were constantly aware of their social responsibility. So when TV came to India, Pal realised that this powerful medium of communication was an opportunity to fulfil what he felt was his constitutional duty: of spreading scientific temper among the masses. My personal experience tells me that most renowned scientists, even now, shy away from the camera for various reasons. But Pal was the first among thousands of Indian scientists who have since used the TV to popularise science as well as reach out to the people of the country.

The People’s Science Movement had organised a massive science popularisation event, called the Bharat Jan Vigyan Jatha, in 1987. It was a roadshow kicked off from Aizawl, Chennai, Kolkata, Sholapur and Srinagar, and slated to cover over 25,000 km; the world hadn’t seen the likes of it before. In a 40-day period, scientists and artists travelling with the jatha reached out to about 50 million people. For the movement itself, it would have been difficult to undertake such a gigantic task without the enthusiastic support of Pal, who was then the secretary of the Department of Science and Technology. Most of us who were involved in organising the jatha knew that he wasn’t just a dignified bureaucrat but more a hardcore scientist who could think big and always supported innovative and crazy ideas.

A number of people have asked this question: Did it make any impact? My answer is, “Yes, it changed the people’s thinking and helped fight age-old superstitions.” In the early 1980s, when a total solar eclipse shadowed India’s north, Doordarshan had issued repeated warnings that people should not go out in the open. These warnings were based on half-cooked scientific knowledge and religious superstitions. Most cities and villages witnessed what could be called a total curfew. During the eclipse, many people were confined to their houses and performed religious ceremonies. But by 1995, things had changed largely thanks to the efforts of the People’s Science Movement – as had Doordarshan, thanks to Pal’s efforts.

For the first time, in more than 3,000 years of our history, people came out in large numbers and watched and celebrated total solar eclipses all over the country. I remember Pal had been on Doordarshan explaining the natural phenomenon, and at one point almost shouted at the cameraperson when he realised the camera was facing him when it should’ve been pointing at the Sun. Most people appearing on the national channel would have preferred their face for maximum time instead of any other image. But here was a committed scientist who wanted the nation to witness the eclipse, a beautiful natural phenomenon that people had missed for centuries due to superstitions.

Personalities like Pal have shaped the identity and personality of this country. Despite the poverty, hunger and trauma that our previous generations had faced, luminaries like Yash Pal dedicated their lives to building a new nation. Those who today say “Nothing has been done in the last 70 years” cannot belittle their contributions; such people merely reveal their own ignorance. Pal’s life and contribution must be celebrated and his passing should be mourned by the entire country.