Why ‘The Idea of a University’ Matters in India Today

Apoorvanand’s edited collection of essays offer an impassioned defence of academic freedom in its many forms. 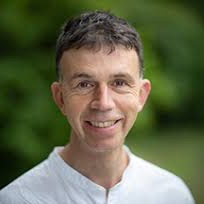 More than 150 years ago, John Henry Newman wrote ‘The Idea of a University’, famously declaring the university to be ‘a place of teaching universal knowledge’. Erudite and elegant, it became the exemplary defence of a humanistic university education.

Today, India’s universities struggle to hang on to these liberal educational ideals. They feel battered by regulatory overreach, Hindutva politics and the logics of the marketplace. Apoorvanand’s The Idea of a University is an attempt by scholars to make sense of bureaucratic besiegement.

Initiating this project, the public intellectual and Hindi scholar sought to craft a collective response to what he called ‘the growing assault on academic spaces by an extreme right-wing nationalist ideology’. The volume brings together liberal thinkers and educationalists, as well as critical sociologists and political theorists. Contributors include the president of the Indian Academy of Sciences, Ram Ramaswamy, the vice-chancellor of Ahmedabad, Pankaj Chandra and scholars from across India and beyond.

The 18 essays that make up this book connect the rawness of recent controversies (be it the JNU ‘anti-national’ accusation, government appointments to control the research topics of doctoral students, the Hinduisation of India’s history or Rohith Vemula’s suicide) to broader academic principles – institutional autonomy, good governance, scientific responsibility.

Some read as short declarations of support, others offer more sustained analyses. There are many targets to choose from. The clumsy promotion of the ‘institutions of eminence’ initiative coexists with the one-size-fits-all micro-management of the UGC. Pseudoscience is platformed whilst ABVP students repeatedly disrupt seminars. The challenges seem to come from every direction, from without and within.

There are long histories to this troubled present. Much has changed since the creation of India’s first three universities in 1857, but the book could perhaps have said more about the colonial history of Indian higher education, and the grievous failure of the British Empire to defend principles of academic autonomy or educational standards. 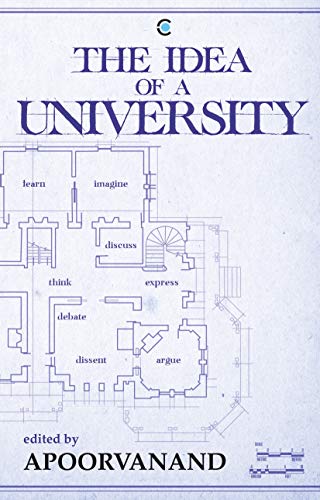 Apoorvanand (ed)
The Idea of a University
Context, 2018

Alongside the impassioned critiques are more forensic scholarly analyses. Nandini Sundar draws attention to the broader landscape of Indian higher education and the structural problems created by the ‘massification’ of Indian higher education. Student enrolment has grown 75-fold since 1950, but today almost two-thirds of students study at private colleges, some of which are affiliated to – and financially subsidise – state universities.

Critiques of encroaching privatisation or neoliberal ideologies tend to overlook this blurred higher education economy. Sundar rightly focuses on the importance of secure employment rights as a key aspect of pedagogic autonomy. In her essay, Mary Johns captures the pace of change in the sector since independence and the difficulty of keeping pace.

Many contributors make use of their training in political theory and sociology to open up the question of academic freedom for critical exploration. A few stand out. Debaditya Bhattacharya turns to Derrida to show the university’s potential to reimagine itself, whilst Niraja Jayal carefully teases apart the ideological and administrative challenges to concepts of freedom. Several draw on the vivid image of the ‘university in ruins’ popularised by American literary theorist Bill Readings. 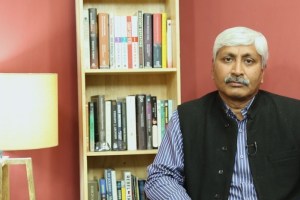 Missing from this collection is close attention to what Mary Johns calls the ‘dense and opaque’ political economy of Indian higher education, and sufficient acknowledge of existing scholarship in the field of Indian higher education studies. If, as Devesh Kapur pointedly noted, the current Indian university system is the ‘collateral damage of Indian politics’, then we need to situate any assessment of India’s university provision and its development within the broader study of social inequality, political patronage and the nature of the Indian state.

Given the complexity and diversity of the higher Indian education sector as a whole, the book opens up a profusion of dilemmas and leaves many questions unresolved. Universities are changing as society makes different demands upon them. To what extent should they be held to account as public institutions, and in what ways? Can a defence of academic freedom at elite universities extend to address the structural employment and quality challenges faced by the sector as a whole? Can academic idealism be reconciled with an acceptance of internal institutional reform? Which are the biggest challenges facing universities?

Of course, there can never be one ‘idea’ of what a university is ‘for’. There are many competing visions. As Clark Kerr appositely noted, the city of intellect has many satellite suburbs. We need our universities to train future thinkers and policymakers, to do ground-breaking ‘pure’ research and create commercial spin-outs, to cherish disciplinary tradition and challenge academic shibboleths. But scholars also need to regularly return to the fundamental question of how universities can act, in the words of the 1966 Kothari Commission, as ‘the conscience of the nation’.

The American literary scholar Stanley Fish once urged academics to ‘save the world on your own time’, to avoid politics and stick to the teaching. Amidst the recent arrests and attacks, this collection shows the impossibility of separating the political from the scholarly. The practice of academic freedom is always and already incomplete: it has to be constantly worked at, written about and taught.

The contemporary sense of ‘crisis’ may have been manufactured by nationalist politicians, but these still present very real threats to academic freedom. This volume is one response: scholars championing progressive academic values and social visions. To judge from this collection, the ‘idea of a university’ is still alive and well in India today.