There is a common problem that exists in educational institutions all over the world: the lack of diversity and acceptance. 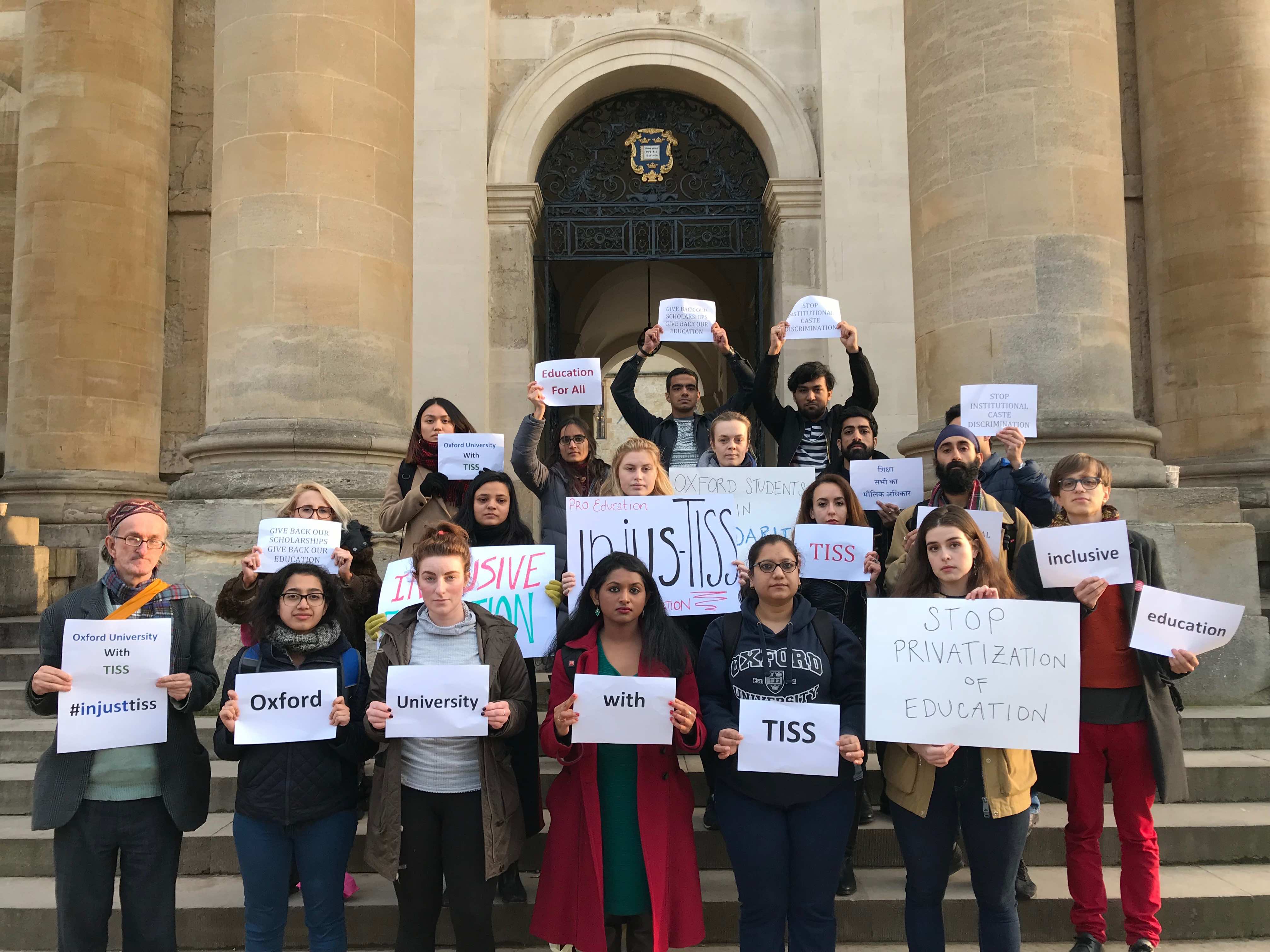 On Tuesday (March 6), as negotiations with the administration of the Tata Institute of Social Sciences (TISS) to meet the demands of the students protesting on all four campuses took place, graduate and undergraduates at the University of Oxford came together to show their solidarity with the students of TISS. While out of the group of protestors only a few actually attended TISS, most came out in solidarity against a problem that exists in educational institutions all over the world: the lack of diversity and acceptance in education.

The University of Oxford was accused of social apartheid last year by former education minister David Lammy for not admitting black students with A-levels. In a report by the Guardian assessing data released by the University of Oxford, there were ten colleges at Oxford which did not award a single space to a black British pupil in 2015; one college – Oriel – only offered one black student a seat in six years.

But the issue of acceptance for black students is not reserved only to Oxford. Colleges all over the UK – including the University of Cambridge and the London School of Economics – have had similar admitted demographics. Comparatively, while elite schools in the US are doing better (Harvard admitted a majority nonwhite class for the first time last year) and are quite good at marketing their diverse demographics, the issue of feeling welcomed and accepted when admitted still haunts many students of colour. While US educational institutions in the previous decade have reacted positively to the incredible pushback from the student community for greater inclusivity, elite UK schools are yet to reform – or even try.

While the Western civilisations deal with race and skin colour, Indians have one more complexity that welcomes prejudice to deal with: caste. The protests occurring at TISS campuses might have been sparked by the discontinuation of scholarships and aid for SC and ST students, but these protests are a culmination of a greater issue in the Indian higher educational system: the lack of diversity and hegemony of certain castes over others in educational institutions.

According to a survey by the Ministry of Human Resource Development in 2016, an abysmally low 24% of all SC/STs in India are enrolled in higher education institutions. While these numbers have been increasing since the early 1980s, it is nowhere near an acceptable rate, nor does it get rid of the antagonism that has developed from a polarisation of students belonging to the general category due to the reservation systems in place.

What is essential for those who feel victimised by current policies to remember is that there are over 300 million SC/ST people in India. What we must ask before politicising the issue is how representative are Indian higher-educational institutions? How many out of those 300 million people even have a chance of attending a higher education institution? How many are able to pay the cost of attending these institutions? How diverse, then, are our educational institutions in India?

The discrimination of students belonging to lower classes is not indigenous to just India. The students who gathered at the University of Oxford – regardless of race, caste, religion or skin colour – in solidarity realise the impact of diversity in education, and it’s ability to help solve issues like inequality and poverty. Let’s remember though: diversity for the sake of diversity is useless until acceptance without prejudice occurs from the community for students coming from a variety of backgrounds in India on campus. The administration of TISS agreeing to waive off fees after the protests is not the end, nor enough. There should be a systematic effort to revamp institutions until marginalised groups in India are given the same resources and privilege as others to obtain the same level of enrolment in higher education. Until then, if not in TISS then in some other campus in some other part of India, protests will continue for the sake of diversity and acceptance.

Sudhanshu Kaushik is a grassroots organiser standing up and vocalising for youth rights in India with Young India Foundation. You can follow his work on Twitter @sudhikaushik