Bengal: How a Village Library Is Helping Students Who Can't Attend Online Classes

In Ashina, a village 50 km from Kolkata, residents have pulled together to ensure that students do not fall behind because of their lack of access to computers or phones. 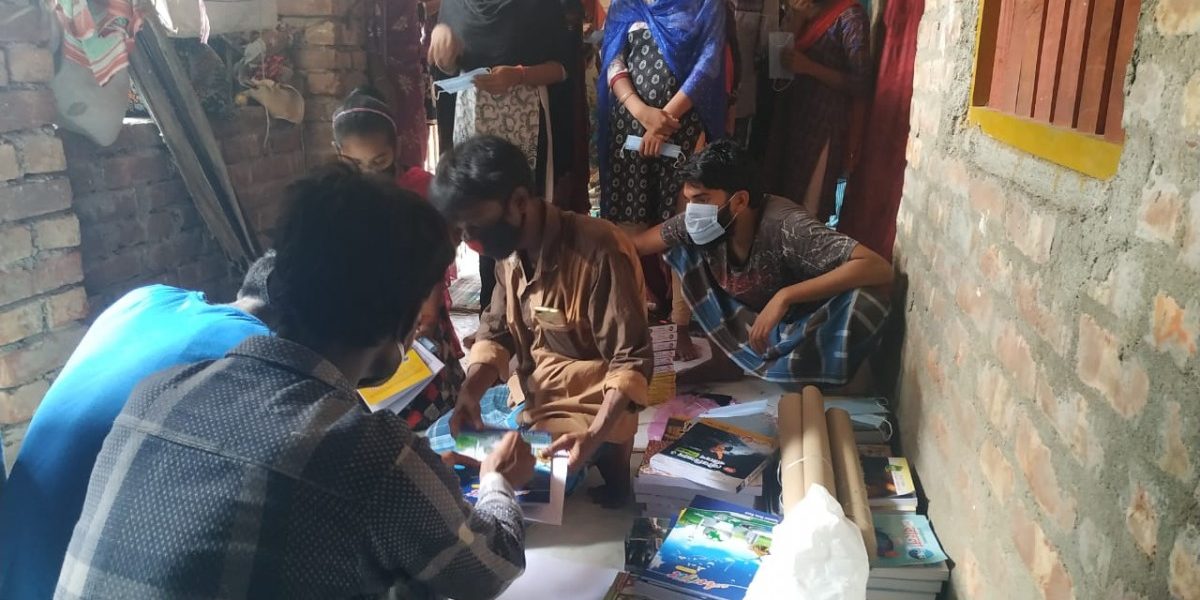 Kolkata: Sanjina Khatun, a Class XI student of Nabasan Tustu Charan High School in Falta, is from a family of zari artisans from a village over 50 km away from Kolkata. She wants to study English in college and dreams of then working in an office in the city. But the possibility of her continuing studies was in question when both her parents stopped getting work as the lockdown that started in March went on. Her school was shut from end of March and tuition became unaffordable.

Like many students of Ashina village, comprising mostly of zari artisans, tailors and farmers, who cannot afford computers or mobile phones for online classes and even depend on schools for their books, Sanjina’s education had all but stopped.

Her parents were aware that students in the city were pacing ahead with online tuitions and classes but there was little that they could do. The artisans were continuously coming back home after losing their jobs and there was little or no work for anyone.

According to the West Bengal government’s data, 1.3 million migrant workers employed in other states have returned to the state between March and end of June. But activists claim that the number is much higher.

It was in this crisis that the concept of a village library was floated by Razzak S.K., a zari artisan who lost his job. And since July, Ashina Gramin Library, an initiative of these migrant workers, has changed the situation for students like Sanjina in the village.

All it needed was one member from the village volunteering a room, a group dedicating some hours to plan and take care of the place and help from voluntary organisations which have been active since the time the lockdown plunged a huge population into a steep economic crisis.

Razzak was in touch with one such voluntary group when he lost work in Hyderabad and was trying to come back to West Bengal. “When we reached home, the group started sending us ration. It really helped but we discussed among ourselves and decided that the education of our children was a really urgent need right now. So we asked them to start sending us school text and guide books instead,” he says.

This week, Sanjina has borrowed a Bengali reference book. “As we have a very limited supply right now, we only allow borrowing of books for only three days,” says Rahila Khatun, a Class XII student who has volunteered a room in her house for the library. 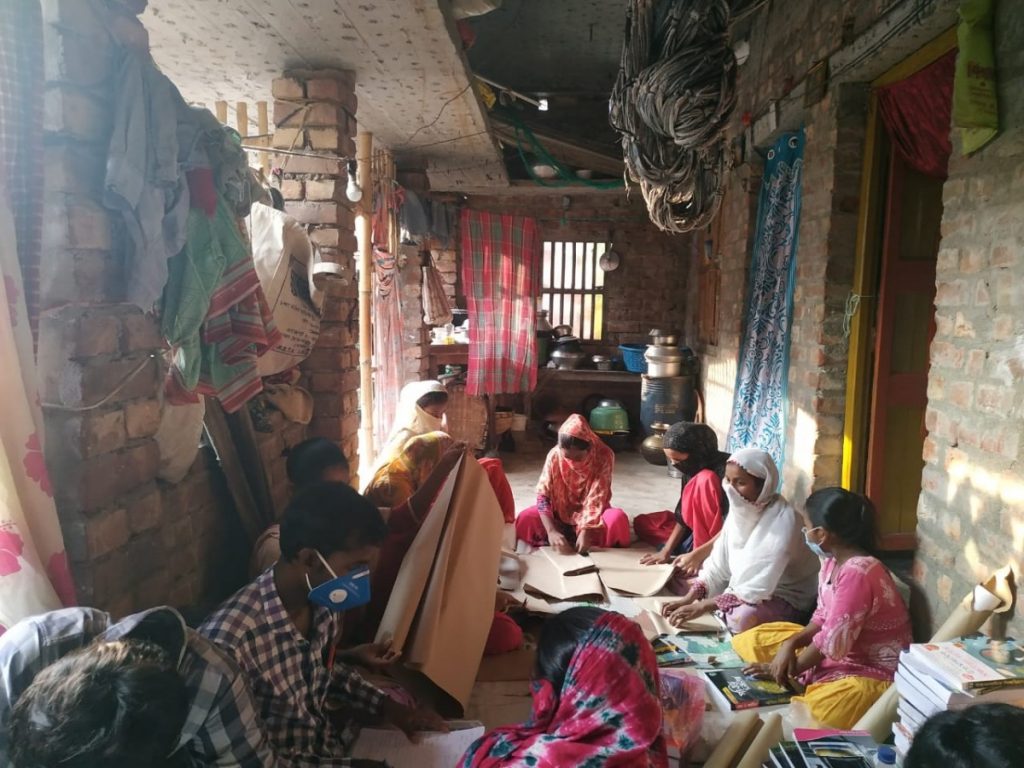 Help from graduates and college students

Once, the reading and book sharing space was functional, they realised that without some guidance, just providing books does not help. Once again, the village stepped up. College students volunteered to teach school students and graduates who taught private tuitions offered to take weekly classes at the library.

“I teach tuitions to school children but this is a dire situation. A lot of families who could earlier afford my fees cannot now, forget about affording a computer for online classes. I could not just sit back and see the students suffer,” says Zahir Abbas Sheikh, who teaches science twice a week at the library.

Under the guidance of the teachers like Sheikh, everyone follows the COVID-19 protocols strictly. They wear masks and everyone has to wash their hands with soap and water before they enter.

The library is now a place of hope for people in the village. Students from neighbouring villages have started visiting too. The library now has 200 members, Rahila says.

Also Read: COVID-19: A Summer of Struggle and Innovation for Educators

But the families are still under a severe financial strain, the only hope these skilled artisans have for employment is to register for MGNREGS, the government scheme that provides 100 days of paid work in rural areas. There are few books for the increasing number of students. And they fear that online education will ensure that their children are left behind in academic progress. The local Nowpukuria panchayat says that though they think this is a good initiative, they do not have any funds to improve it.

“We approached the Falta block office for an arrangement for online classes for the village students. We suggested the library as a possible space. We were told that there is no policy decision on that yet but they arranged an open day for students of the village to come and submit admission forms for colleges using the block office computers,” says Selim Uddin Shaikh, a second-year BSc student, who also volunteers at the library teaching junior students.

When The Wire contacted Din Islam, the joint block development officer, he lauded the Ashina village’s effort. “I have asked them to prepare a proposal for their requirements and I will send it for approval. I will help in whatever I way I can,” Islam says.