Bhatkar is president of RSS-affiliated outfit Vijnana Bharati and was formerly chair of IIT Delhi's board of governors. 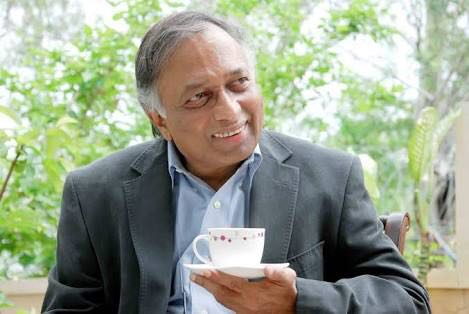 New Delhi: Nalanda University’s third chancellor will be Vijay Bhatkar, a well-known computer scientist who is president of RSS-affiliated outfit Vijnana Bharati, which promotes ‘swadeshi’ science, and was formerly chair of IIT Delhi’s board of governors.

The university’s newly-constituted governing board recommended Bhatkar’s name to the Visitor, President Pranab Mukherjee, who then approved the appointment on Friday, January 27. There were no other choices, according to sources.

Bhatkar’s appointment was confirmed two months after George Yeo, former Singapore foreign minister, resigned from the post in protest, claiming that the Indian government had not consulted him before making a series of decisions, including deciding not to extend the term of the Nalanda Mentors Group-Governing Board, ending interim vice-chancellor Gopa Sabharwal’s extended term and determining the constitution of the new governing board.

Yeo had succeeded Nobel laureate Amartya Sen, after the latter withdrew himself from consideration for a second term, accusing the government of intervening in the university’s affairs.

Who is Vijay Bhatkar?

According to Bhatkar’s profile on his personal website, he led India’s supercomputing initiative by setting up the Center for Development of Advanced Computing in Pune in 1987, which is responsible for creating Param 8000 and Param 10000, India’s first supercomputers.

The Narendra Modi government appointed him to revamp the country’s highest educational policymaking body, the Central Advisory Board for Education, in February 2015. Last year, the government even forwarded his name for a vacant seat in Aligarh Muslim University’s executive council, but it was turned down by the president, according to several media reports.

As the president of Vijnana Bharati, Bhatkar spoke at a session called ‘Ancient Indian Sciences through Sanskrit’ at the 2015 Indian Science Congress in Mumbai, lamenting that it took the convention over 100 years to discuss the subject.

It was at this session that a paper claiming that ancient Indians built airplanes was presented to the attendees and its authors also called for harnessing that technology to make an indigenous aircraft under the ‘Make in India’ initiative.

Bhatkar was appointed as IIT board chair in December 2012. However, it was only after the NDA government came to power again that the role of RSS-affiliated organisations with IIT became more visible.

In January 2015, Bhatkar invited Yoga guru Baba Ramdev and the RSS’s Vanvasi Kalyan Ashram for a meeting to discuss the implementation of Unnat Bharat Abhiyan. According to a media report, Ramdev suggested that the genetic code of cows be studied, with Bhatkar echoing this idea and emphasising the need to pursue bovine research for cow-based agriculture.

The relevance of the cow for Indian agriculture seems to be pet subject for Bhatkar, as he repeated it again at the inaugural speech at the Bharatiya Vijnana Sammelan in February 2015.

“The IITs have laboratories. There are labs and labs. There are bio-tech reactors. But have you studied the cow as a reactor, bio-reactor,” he said.

He noted that cow-based agriculture was necessary for the growth of Indian agriculture. “Cow has panch dravyas (five liquids) from gomutra (cow urine) to dung to milk, curd and ghee. They have such properties and (can help) creating an alternative system for agriculture, for the health system and future healthy population of the country,” Bhatkar said, according to IANS.

Vijnana Bharati also organised a five-day science festival at IIT Delhi, in collaboration with Minister of Earth Sciences and Ministry of Science and Technology.

At the 2015 festival, the organisers attempted a Guinness record for the world’s largest science practical lesson. This ‘record’, however, caused the Prime Minister’s Office to get a verbal lashing from the RSS outfit after it was denied an award at the Indian Science Congress.

“We were communicated at the last minute that the PMO has not cleared the award to us. We were not given any reason for this. It is still not know who took the call to deny the award to us. But it came as a rude shock to office-bearers of the organization and the scientific community at large,” Vijnana Bharati’s secretary general A. Jayakumar told Hindustan Times in January 2016.

Last November, Bhatkar came out in support of the government’s withdrawal of high value notes. In a recorded video message posted on Maharashtra chief minister Devendra Fadnavis’s twitter account, Bhatkar said Modi had taken a “colossal decision which we had been waiting for decades”.

He said that there would be “some inconveniences”, but there had been “enough preparation” done in the last ten months to implement the initiative. “I congratulate that even the implementation has been handled well,” he said.

Niti Aayog vice-chairman Arvind Panagariya, ICCR president Lokesh Chandra and Arvind Sharma of McGill University are the new members of the board.

As per sources, China and Thailand have re-nominated their members, while Laos and Australia are yet to confirm the names of their representatives. N.K. Singh, former revenue secretary and Rajya Sabha member, was the only Indian nominee left out from the previous mentors’ group.

As per the statutes, the governing body has to recommend at least three names for appointment as vice-chancellor to the president.

Nalanda University in Rajgir, Bihar, was conceived as a cluster of multi-disciplinary schools. Currently, the School of Historical Studies, School of Ecology and Environment Studies, and the School of Buddhist studies, Philosophy and Comparative Religion have admitted students. Five more schools in linguistics, international relations, information science and technology, economics and management, and public health are also planned.

India had proposed the revival of Nalanda University at the East Asia Summit in 2007, showcasing the project to evoke India’s cultural linkages with the South East Asia and beyond.