Un-veiling the Politics of the Veil

The Supreme Court leaves us with a situation where a woman demonstrates her freedom by choosing to appear for the medical exam without the veil, and should she refuse to do so she is solely responsible for her disbarment 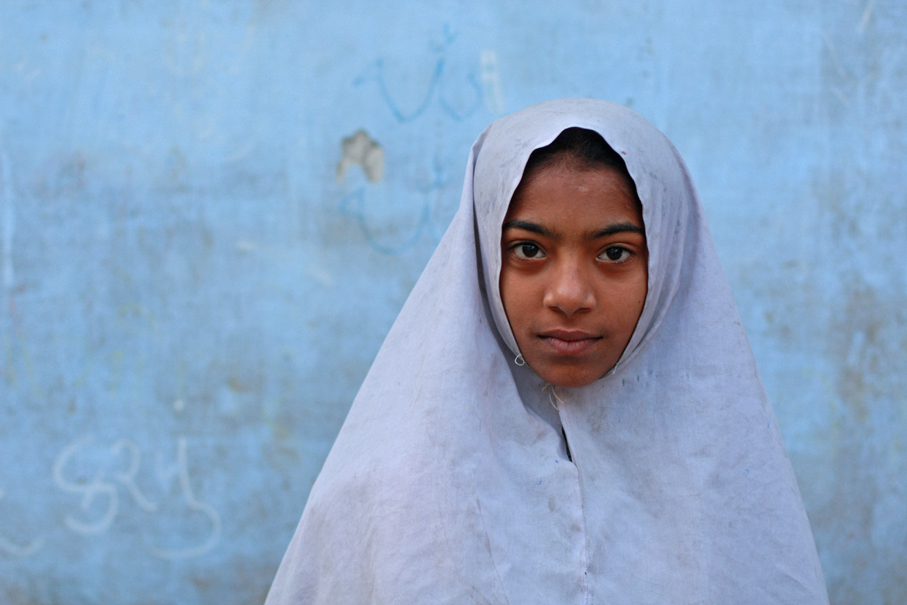 The Supreme Court has unnecessarily waded into the stormy waters of religion, secularism and faith in its recent extraordinarily insensitive and callous remarks on the veil.

The court dismissed outright a constitutional challenge based on the right to freedom of religion to the Central Board of Secondary Education (CBSE) circular that bars candidates from appearing for the All India Pre-Medical exam (AIPMT) wearing headscarves, amongst other attire.

In its brief ruling, the court stated that the wearing of the headscarf was a “small issue” and that a Muslim woman would not be “committing a sin” if she were to remove it for three hours during the course of the examination. Given the implications of these remarks domestically and globally, the veil is not a “small issue.” It needs to be located in a context where religious minority communities, especially Muslims, are already feeling under siege domestically, and an aggressive Hindutva agenda that is becoming unpalatable even to pluralist minded moderate Hindus is becoming increasingly manifest in education policy and the curriculum. The court’s decision and the CBSE circular cannot be read outside of these interventions, that include a number of questionable appointments of Rashtriya Swayamsevak Sangh members to senior academic positions and as heads of educational institutions, as well as the close consultations between the Ministry of Human Resource Development with the RSS on educational policy. The anti-minority position of the RSS is well known, and these are clearly ideological moves that have a political agenda.

While the court tries to situate itself as a body that disinterested and is adopting no position, viewing the petition as a “waste” of its time and the removal of the veil for three hours as not sinful is itself a position. It is a position that sides with the rising tides of majoritarianism, and a diminishing space for the rights of religious minorities, the protection of which at one time constituted the foundation stone of India’s secular democracy. It is a position that in effect forces a Muslim woman candidate who wants to appear for the AIPMT, pursue a medical career, and become an educated professional, to choose between her right to education and her right to wear the hijab, when she wants both. The coercive nature and impact of the circular backed by the indifference of the Supreme Court, is all too evident.

Veiled from the world

The court’s pronouncement that this is a small issue also speaks to its complete ignorance of the consternation and controversy that the veil is producing in liberal secular democracies throughout the world, in the context of increasing Islamophobia and intolerance towards citizens in these countries who are Muslims.

In 2004, France banned the wearing of headscarves in public schools, followed by a complete ban on the burqa in 2010, declaring such practices as illiberal and violative of the rights of Muslim women. The European Court of Human Rights on separate occasions upheld these bans, most recently on the grounds that ‘respect for the minimum set of values of an open and democratic society’ or ‘living together’ was a legitimate grounds for the restriction of the right to manifest religion. A similar ban on the full face veil was adopted in Belgium in 2011. In Canada, the Conservative government is seeking to ban the wearing of the veil at citizenship oath ceremonies, indicating that a person is only fully Canadian without the veil. In the Netherlands, the government recently approved a partial ban on face-covering Islamic veils on public transport and in public areas such as schools and hospitals.

In many of these instances, the veil is ultimately viewed as an issue of security, where the veiled Muslim woman may not only be hiding weapons, but perceived as a threat to social cohesion and the very survival of liberal society. These responses reveal the coercive side of the liberal democratic state and have little to do with protecting the rights of Muslim women. In contrast, Germany’s highest court recently overturned a 2004 ban on headscarves for state school teachers on the grounds that it violated the right to religious freedom, and in 2008, Turkey allowed teachers and students at educational institutions to wear headscarves and in 2013 lifted a ban allowing women to wear the headscarf in most state institutions. The struggle over the veil bans is deeply political and not a frivolous issue as Chief Justice Dattu would have us believe.

Though gender equality is frequently pitted in opposition to the veil, for the wearer this is not necessarily the case, and to want to wear the veil and have the right to gender equality are perfectly reconcilable.

The Supreme Court’s claim that in appearing for the exam without the headscarf the Muslim woman’s “faith will not disappear” constitutes a complete disregard of the rights of those for whom the veil is a matter of faith or identity. The interventions on the veil are frequently based on a pervasive assumption that it is a subordinating practice and contravenes the right to gender equality. This assumption equates gender equality and women’s freedom with the unveiled body, while the veiled body is associated with non-freedom, and a backward practice, despite the fact that for some women it is integral to their faith or identity. Though gender equality is frequently pitted in opposition to the veil, for the wearer this is not necessarily the case, and to want to wear the veil and have the right to gender equality are perfectly reconcilable. It is unfortunate that the Students Islamic Organisation did not challenge this underlying assumption on which gender equality rests, which sets it up in opposition to the veil. They should have owned both. Also, it  is clear that the circular discriminates between Hindu and Muslim female candidates appearing for the exam by regulating the dress code of the latter.

The court’s position leaves us with a situation where a woman demonstrates her freedom by choosing to appear for the exams without the veil, and should she refuse to do so and opts to wear the veil she is solely responsible for her disbarment.

The ghostly apparition of Shah Bano, decided 31 years ago by the Supreme Court, lurks in this current decision by the same court today. And in the fall out from that case, Muslim women and their community were left further disempowered. The end result in a case that Chief Justice Dattu has declared a waste of time can only lead to the further disenfranchisement of an already disempowered and vulnerable community.