Books by renowned historians such as R.S. Sharma and Irfan Habib have been dropped from suggested readings, replaced by lesser-known authors who have been described as 'pro-Sangh'. 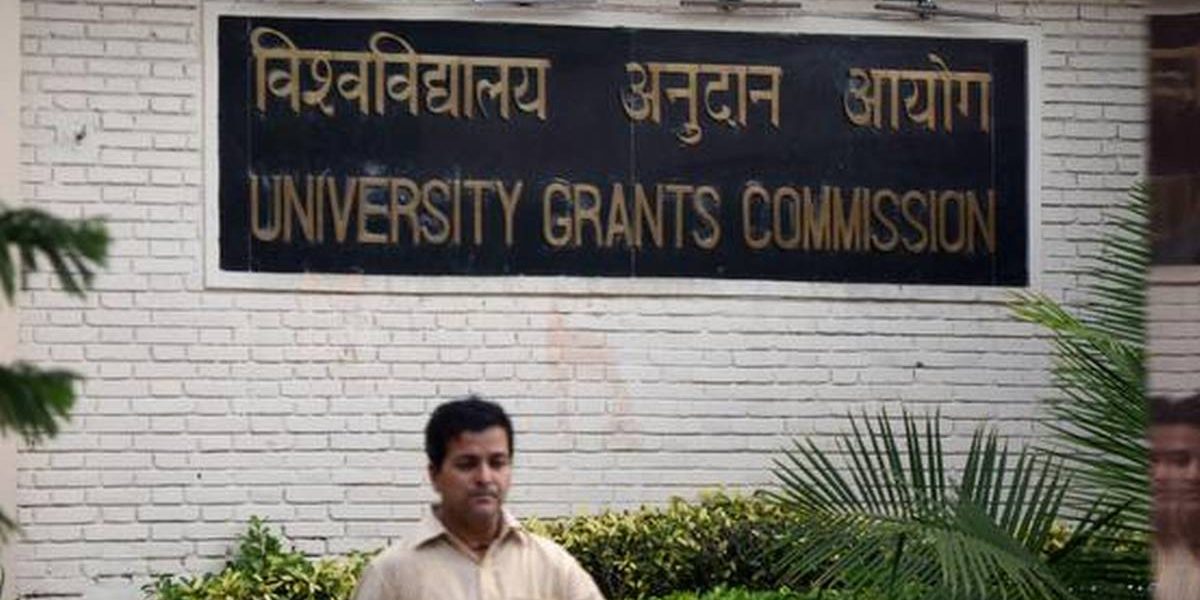 New Delhi: The University Grants Commission (UGC) has drafted a history syllabus for undergraduates that focuses more on Hindu mythology and religious texts and diminishes the importance of Muslim rule, The Telegraph reported.

The changes are already facing allegations of ‘saffronisation’ and ‘distortion’, according to the newspaper. Since the BJP government came to power at the Centre, it has repeatedly tried to change the syllabus of history textbooks to reflect the view of Hindutva or Sangh parivar outfits.

Among the readings suggested for papers, works by prominent historians such as R.S. Sharma’s book on ancient India and Irfan Habib’s book on mediaeval India have been dropped. That books by little-known authors – some of whom are “pro-Sangh”, according to The Telegraph – have been included, bolsters the argument of saffronisation.

The document says that the curriculum has been designed only as a “guiding principle”, saying “justice to the glorious past and vast canvas of Indian History can only be done by providing the much needed space at micro and macro levels”.

However, the UGC has in the past has only issued general guidelines. This is the first time that the body has drawn up a full-fledged syllabus, according to The Telegraph. The Commission had in the past suggested that universities would be allowed to deviate only 20-30% from the existing syllabus.

The first paper of history (honours) that the document covers is titled ‘Idea of Bharat’, now covers pre-historic times and the early historic period. It includes topics such as ‘Concept of Bharatvarsha’, ‘Eternity of synonyms Bharat’ and ‘The glory of Indian Literature: Ved, Vedanga, Upanishads, Epics, Jain and Buddhist Literature, Smriti, Puranas etc.’

Also read: To Say That an Indian Nation-State Existed in the Ancient Past Is Historical Manipulation 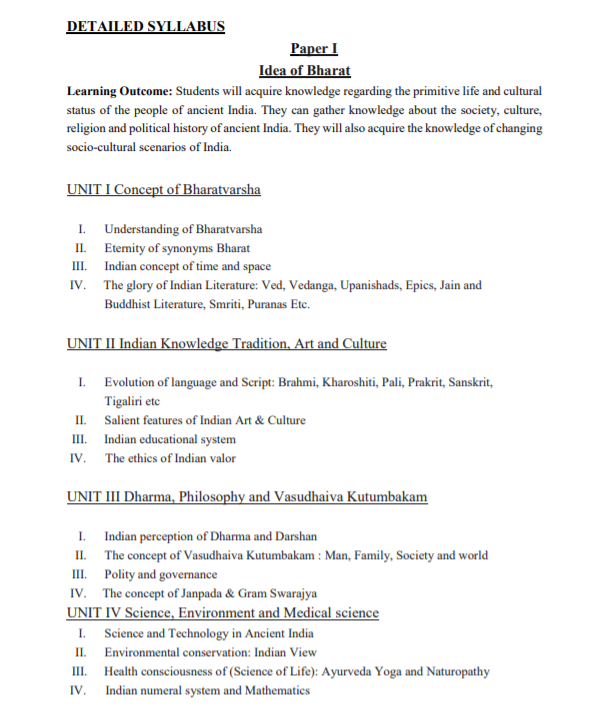 A screenshot of Paper I from B.A. Honours (History) from the UGC website.

The third paper has a topic on the Indus-Saraswati Civilisation, debate on the relationship of Indus, Saraswati civilisation and Vedic civilisation. The superlative mention of the Saraswati river in Rig Veda has been a subject of scientific curiosity for over a century. The Centre has set up projects for the revival of the ‘mythological’ Saraswati river. However, there are doubts about whether it was actually the Saraswati mentioned in holy texts.

“No such term as the ‘Saraswati civilisation’, which has been introduced here, existed before,” Meena told the daily.

The seventh paper includes a topic on ‘India on the Eve of Babur’s Invasion’, despite the fact that the current Delhi University syllabus shuns the term “invasion”, the newspaper noted. However, the East India Company’s rule in India has not been termed as an “invasion”. It has been termed as “territorial expansion”.

Under the ‘Society and Economy’ section, the paper has two separate topics on Hindu and Muslim societies, suggesting a division between both in the medieval period. The Telegraph, citing professor Meena, said students have always been taught how these communities co-existed, rather than studying them in isolation.

The document says, “A serious remodeling of medieval period has been done that covers larger portions of India for a better understanding of nation history.”

RSS ideologue Sri Prakash Singh, who teaches political science at DU, told The Telegraph: “Previously Mughal history occupied too much space. It’s not being sidelined but a course correction is being made. There was less content on the kings of south India and other parts. Now they are getting space.”

While leaders such as Mahatma Gandhi, Jawaharlal Nehru, Vallabhbhai Patel and Bhim Rao Ambedkar received less attention in the new draft syllabus, not much importance is given to the subject of communalism in the early 20th century.

References to Dalit politics during the period between 1857 to 1950 is also absent from the new syllabus.

The 1857 uprising against the British is described as the “First War of Independence”, a term coined by Sangh ideologue V.D. Savarkar. It seems to have removed the uprisings that took place before 1857, such as the Sanyasi Rebellion in Bengal, Paika Rebellion in Odisha and the Polygar Rebellion in Tamil Nadu. There’s also no mention of the 1905 partition of Bengal and the resistance to it.