Several universities were running such UGC-funded research centres that were set up under the 11th five-year plan and renewed under the 12th plan. 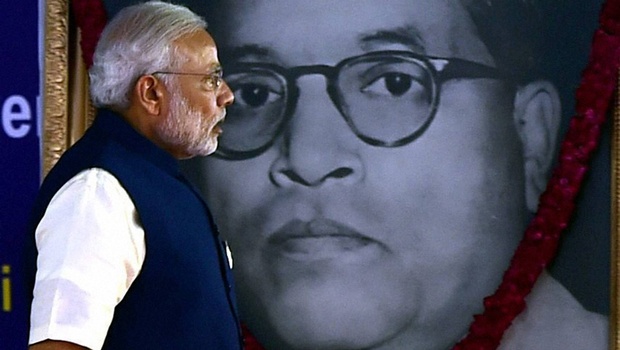 Note: The UGC now says the notification sent to JNU is a forgery and that it has no intention of cutting funding for the discrimination research centres

Delhi: Thursday (March 16) brought yet another instance of how the Narendra Modi government’s words and actions move in two different directions. While the prime minister announced plans for a fresh round of ‘Dalit outreach’ around B.R. Ambedkar’s 125th birthday, his government cut funding for research centres at several universities across the country that study social discrimination. According to a report by Pheroze L. Vincent and Basant Mohanty in the Telegraph, the University Grants Commission (UGC) has cut funding to several research centres that were set up under the 11th five-year plan (2007-2012) and then renewed in the 12th plan. While a similar renewal was expected under the 13th plan, the UGC has sent circulars to some of the universities that house such centres saying that their plan funding end on March 31.

“I am directed to inform you that UGC will not provide financial support to the centre after the end of XIIth Plan as per the order received from MHRD (ministry of human resource development) … Further, the UGC will not be liable to the scheme of Social Exclusion and Inclusive Policy after the completion of XIIth Plan in any matter of functioning of the Centre; No communication whatsoever will be entertained or solicited by the UGC,” says the order quoted by the Telegraph, issued by UGC undersecretary Sushma Rathore.

UGC Notification by The Wire on Scribd


According to ministry and UGC sources who spoke to the Telegraph, this order has been sent to all those centres that have not been upgraded to a full-fledged department by the universities. “It’s ironic that these centres, which research Dalits, B.R. Ambedkar’s philosophy, social exclusion and inclusive policies like reservation, are being closed down when the University Grants Commission (the higher education regulator) is funding courses on Vedic studies,” N. Sukumar, Ambedkar scholar and teacher of political science at Delhi University, told the newspaper. One such centre that is being closed is the Centre for the Study of Discrimination and Exclusion at Jawaharlal Nehru University. According to teachers at JNU, MPhil and PhD students at the centre will be transferred to other departments while faculty members are likely to lose their jobs.

There are several other centres, such as over a hundred women’s studies centres across the country, that have run on plan-to-plan budgeting for decades.