UGC Excises Over 4,000 Titles From Its 'Master' List of Preferred Journals

The 'web exclusives' section of the Economic and Political Weekly and The Lancet Public Health have been given the chop, as have a number of journals published by established universities and institutes. 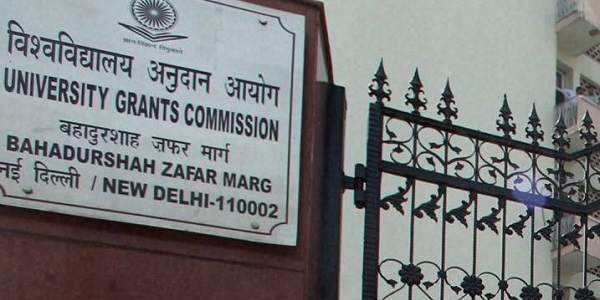 The Wire Staff
Education
The Sciences
03/May/2018

On May 3, the University Grants Commission (UGC) removed the names of 4,305 journals from its list of accredited titles, saying they have been found to be “of poor quality”, providing “incorrect/insufficient information” about themselves or for making “false claims”.

The UGC had published an original list of accredited titles in January 2017, saying that only papers published in these journals would count against an academic’s performance in judging their suitability for career advancement.

Oddly enough, the Economic and Political Weekly (EPW), a premier journal of economics and the social sciences, is listed as having been excluded as well. The reason listed is “low score”.

At the same time, the corresponding ISSN number quoted in the list (23498846) is for the EPW Web Exclusives section of the journal, which mostly publishes commentaries and not research papers. A source in the editorial department of the weekly told The Wire that they were “taken aback” by the UGC’s decision and that they had not received any form of communication from the commission. EPW’s editor Gopal Guru is out of town but the source said that since the printed version of the weekly has a different ISSN number, its status remains unaffected.

However, Paranjoy Guha Thakurta, a former editor of the EPW, called the exclusion “extremely sad”. He told The Wire, “The web exclusives are of a very high standard – on par with the rest of the journal. Often an article that starts of as a web exclusive is later published in the print version.” He also noted the UGC’s overarching set of reasons for the 4,000+ exclusions and said the EPW did not deserve to be characterised thus. “Whoever has made the allegation [of ‘low quality’, etc.] has made it without knowledge and understanding.”

According to Prasad Ravindranath, other worrisome exclusions include The Lancet Public Health, the Indian Journal of History of Science, Journal of Indian Ocean Archaeology, Lalit Kala Akademi and Lalit Kala Contemporary. (The last two are published by the National Academy of Art.) Ravindranath, the science editor of The Hindu, wrote that The Lancet journal was “removed from the list for a low score of less than six out of nine”.

Another journal, Review of Development and Change, published by the Madras Institute of Development Studies (MIDS), has been ‘suspended’ pending further evaluation.

The list of excluded titles has been split into two tables: one listing journals removed from the Indian Citations Index (ICI) and the other, the list of journals recommended by various universities. The UGC also noted that 191 more journals had been suspended from the ICI and that they would have to be reevaluated.

The Lancet Public Health is #2,165 and the EPW Web Exclusives is #3,509 in the university recommendations table. Review of Development and Change is #1 in the list of journals to be reevaluated. Some other suspended titles bound to raise eyebrows include those published by:

It is not clear whether these journals have actually not furnished important details to qualify inclusion in the UGC list. Many of the other titles are published by non-governmental societies and associations. The publisher with most titles suspended has been listed as Indianjournals.com.

There are likely to be more excluded titles prompting concern from academics and researchers. It remains to be seen if the UGC will re-edit its list in light of these concerns.

Until July 2016, universities around the country had the liberty to define which journals would count and which wouldn’t when it came to assessing the research productivity of faculty members under the UGC’s Career Advancement Scheme. That month, the UGC amended the ‘Minimum Qualifications for Appointment of Teachers and other Academic Staff in Universities and Colleges and Measures for the Maintenance of Standards in Higher Education’ Regulations, 2010, and assumed stewardship of a ‘master’ list that it would publish six months later.

However, shortly after the list was published, it was found that many titles in the list of 36,000 were of predatory journals. Predatory journals are scientific publications that will publish anything, scientific or not, in exchange for an ‘article processing’ fee. Many other scholars also complained that the list had excluded journals in regional languages in favour foreign ones.

A quick analysis by The Wire and then by an Indian student had found at least 82 predatory journals (judged by their presence in Jeffrey Beall’s list, pre-January 2017 version). Of these, only 10 appear to have been left out via the ‘excluded’ list:

However, we don’t know if any of the other identified predatory journals were already left out of the ‘master’ list before today.

The UGC initially did not appear to respond to these criticisms. A note accompanying today’s announcement says that a Standing Committee on Notification of Journals had consequently reevaluated the list and recommended removing the 4,000+ titles. However, with the exclusion of journals like The Lancet Public Health casts doubt on their methods.

One of the 4,000+ titles is the EPW Web Exclusives. The EPW is a peer-reviewed weekly journal that publishes articles, reviews and research across the social sciences. It was founded in 1949 and has been published by the Sameeksha Trust, whose board members are Andre Beteille, Rajeev Bhargava, D.N. Ghosh, Dipankar Gupta, Shyam Menon, Deepak Nayyar, Deepakh Parekh and Romila Thapar. Its incumbent editor is Gopal Guru, a noted political scientist.

While predatory publishing is not a malaise specific to one country, India leads the world in terms of the number of predatory journals published within its borders. A particularly notable one is the OMICS Group, which publishes dozens of titles, many of which have been accused around the world of using predatory practices to trap scientists into publishing with them, and forcing the scientists to pay exorbitant processing fees.

In mid-2016, the US Federal Trade Commission filed a complaint against the group for deceiving researchers. In February this year, the group signed an MoU with the Yogi Adityanath government in Uttar Pradesh to establish a “1,000-seat facility in Noida to translate its papers into Indian languages”.

Of the 4,305 titles removed from the list, 1,447 have been classified as social science journals, 1,120 as arts and humanities journals and the remainder as science. In all, 203 titles were eliminated from the ICI for not having met the UGC’s qualifications for the list. The remaining 4,102 were university-recommended titles that were rejected.

Note: This article was updated on May 5, 2018, to address the exclusion of The Lancet Public Health, among others.