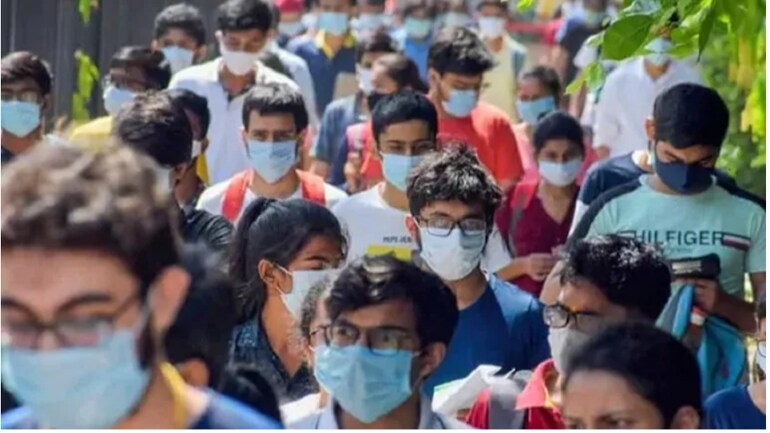 New Delhi: In an attempt to put a rest to ever-increasing university cut-offs, a common entrance test for all universities has been introduced by the University Grants Commission (UGC).

The move to put in place a Common University Entrance Test (CUET) to conduct admissions using a single, national-level test score has received a mixed response.

While students are left in the lurch, with board examinations suddenly becoming largely irrelevant, the UGC has said that this common entrance examination will be a level playing field for all students.

This entrance test may make life easier for students from state boards, which often do not give marks as freely as the Central Board of Secondary Examination, creating a certain level of disparity in the admission process.

The National Testing Agency (NTA) has been appointed to conduct these examinations, seen as a single-window opportunity for students to seek admission across universities.

While some argue that the CUET will offer a level playing field to all students irrespective of their scores in board exams, others say that it may fuel a flourishing coaching centre business, inaccessible to financially and socially backward communities, especially from rural or marginalised backgrounds.

This development is also being critically viewed as an attempt by the Bharatiya Janata Party government to push the “one nation, one standard” maxim. But the idea of a national merit examination dates back to the Madhuri R. Shah Committee from 1984, which recommended a similar exam.

In 2010, the CUET was launched as the Central Universities Common Entrance Test (CUCET) under the UPA-II government. Only 14 central universities had adopted it until last year.

In a revamped version of the CUCET, the UGC has made it mandatory for all 45 central universities in the country to give admissions to its undergraduate courses on the basis of the CUET-UG.

State, private as well as deemed universities too have been encouraged to adopt the CUET.

Some experts say that this could also impact the participation of women in higher education. Shabistan Ghaffar, former member of the National Commission for Minority Educational Institutions (NCMEI), says that this move may also impact the autonomy of minority institutions like Jamia Millia Islamia and Aligarh Muslim University.

“When an institution is given minority status, the university should have freedom to admit students in their own way. If the UGC keeps dictating terms, slowly its autonomy will get dissolved,” she said, speaking to The Wire.

However, according to the UGC, each university will be free to define its admission process based on the merit list prepared by the NTA.

The common entrance test also means that a student’s board marks will not have a role in determining their admission into college. At most, any central university can use the board marks as an eligibility criteria.

While some say that this will be a game changer in ending the culture of high cut-offs and act as an equaliser for students from all boards, others have pointed out that the syllabus for the common entrance will be based on NCERT, which will mean that students from state boards may see it as an extra burden.

Some students that The Wire spoke to said that to avoid the high cut-off culture, a common DUET (Delhi University Entrance Test) could have been introduced as it is one of the only major central universities that uses cut-offs.

However, behind the immediate appeal for conducting admissions using a single, national-level test score are some apprehensions. The CUET exam is like a standardised exam like the TOEFL, and students can apply to universities based on their score.

It is not an entrance exam, but the score in this exam will be decisive for the student.

One important question to address is whether the problem of high cut-offs could have been solved by increasing the number of universities and seats, or was an additional exam the only way? Will replacing one system of high cut-offs with another common entrance help in students’ overall development?

School teachers worry that an additional exam will increase anxiety among students.

Seventeen-year-old Harsh, a class 11 student at Delhi Public School, R.K. Puram, says that he and his classmates are worried about the added pressure of the entrance exam.

He says that CUET may even restrict change of streams after school.

“Many of my friends, who were actually interested in humanities, were forced to take the science stream in class 11. If someone has taken PCM (physics, chemistry and mathematics) and wants to study history in undergrad, it will be nearly impossible because he/she would have to clear the history paper in CUET,” he said.

He added that some of his friends in other schools do not have subjects that they would want to study for graduation, like psychology.

“Many of my friends are in Kendra Vidyalaya. Many important subjects like psychology which are a part of CBSE curriculum are not available in these schools. I have psychology in my school so obviously, I’ll have more background information for the psychology exam in the CUET,” he said.

Many of Harsh’s friends are worried, he says, because they don’t have the resources to pay lakhs of rupees to coaching centres. “CUET puts them at a disadvantage. Government policies should be framed to uplift socially and economically underprivileged students,” he said.

One of the main concerns of this new test is that it may give rise to the coaching industry, increasing the financial burden on students from less privileged backgrounds.

Harsh, like other students in his batch, feels like they have already undergone an illogical experiment as they did not have class 10 boards in the wake of COVID-19.

This year’s batch of students too are suffering from this sudden information.

All their school life, they were told that their marks in class 12 will determine their future, but now they are told that these marks are irrelevant. While some are overjoyed by this, others who worked hard to score well feel lost.

N. Sai Balaji, All India Students’ Association national president and a research scholar at Jawaharlal Nehru University, says that CUET is not an exam of “selection” but that of “elimination”.

In Hyderabad, when Balaji was in class 7, he was asked by his parents to give an entrance test for admission into a coaching centre that prepared students for IIT preparations.

Having been a victim of the unhealthy entrance exam cracking system, he says that a new system which accommodates students should be the goal.

The Indian education system, with some of the toughest entrance exams, often pushes students to study for cracking the entrances, not developing life broader skills. A majority of students who crack entrances like JEE, NEET and CLAT go to coaching centres. CUET may become another source of revenue for the flourishing coaching centre business in India.

Previous data from the Justice A.K. Ranjan committee report suggests that NEET hinders students from rural, poor backgrounds, and a majority of those who attend government schools are at a disadvantage when securing admission in medical colleges.

State board students, students educated in regional languages and first generation graduates have a tough time clearing the exam.

“Everyone who passes class 12 should be able to go to college, without having to fight over few seats. When a student completes class 10, they don’t have to think about class 11 because there are enough schools. Why can’t we have colleges for all students too?” Balaji asked.

The Indian education system does need a change to enable access to higher education, bridging the gender, caste and class gap in universities. But will the CUET create this change?