To Reduce Burden on Students, Centre Fixes Weight of Schoolbags

The HRD ministry has also banned assigning homework for students of Classes 1 and 2. 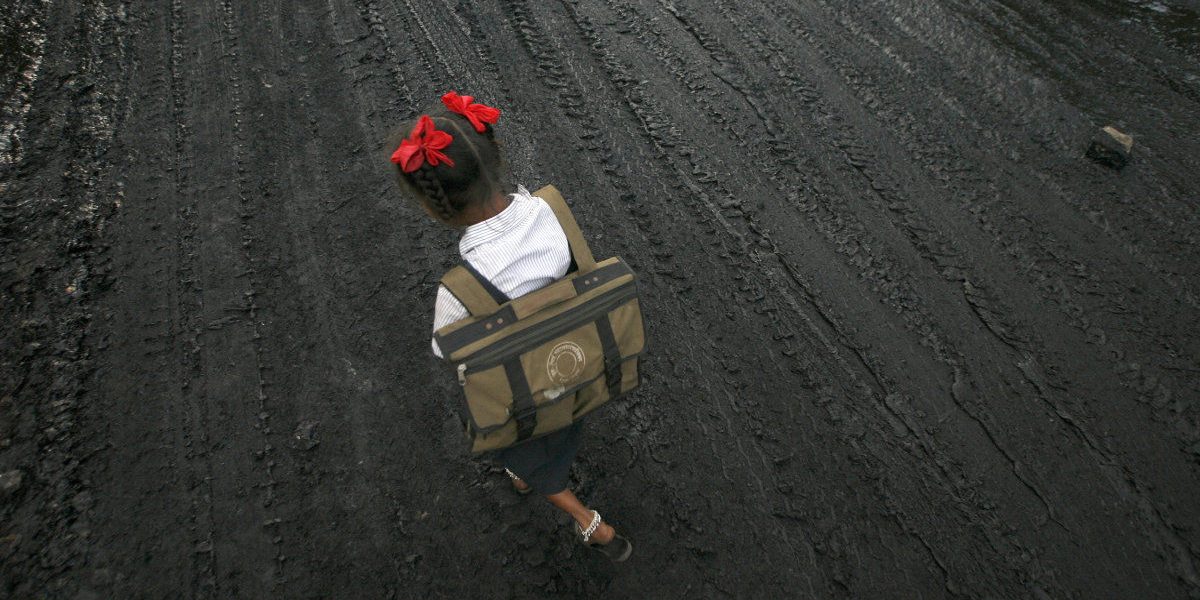 The draft NEP highlights several causes for the learning crisis, including the lack of school readiness, but it doesn’t address the negative consequences of overambitious curricula. Photo: Reuters

New Delhi: In an effort to ensure time for extracurricular activities and to reduce the burden on school children – of homework as well as of the bags they carry – the Centre has issued fresh directives to states and union territories across the country.

As per an official order, the Union Ministry of Human Resource Development has banned assigning homework for students of Classes 1 and 2 and said that no subject other than language and mathematics is to be prescribed for these classes.

For Class 3 and 5 students, school are to teach only language, environmental science and mathematics as prescribed by the NCERT.

According to a Times of India report, the HRD ministry also set weight limit for schoolbags with the idea of removing irrelevant or obsolete content – 5 kg for Class 10 and 1.5 kg for Classes 1 and 2.

Following the order which asks states to “formulate guidelines to regulate the teaching of subjects and weight of schoolbags in accordance with the government of India instructions,” some issued circulars to respective education departments to comply immediately.

Delhi is among the few states that have said they yet are to receive the HRD ministry circular – issued last month. 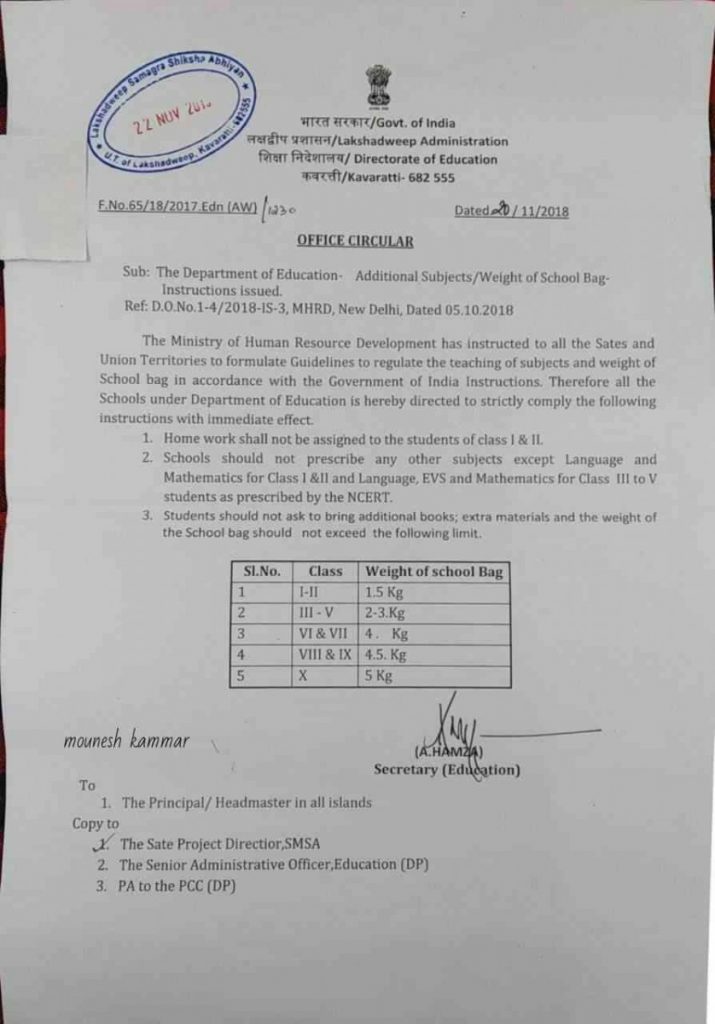 This, however, is not the first time the issue of heavy schoolbags has cropped up, which physicians say can have an adverse impact on the nervous system. “The excess weight”, Dr Ramneek Mahajan, director of orthopaedics and joint replacement at Delhi’s Max Smart Super Speciality Hospital, told Times of India “puts undue stress on muscles, ligaments and discs and damages them.”

“Children develop a forward head posture as they are swinging forward at the hip to compensate for the heavy weight. In the long term, they are developing imbalances that can affect the nervous system,” Mahajan said.

Also read: How Delhi Government Schools Are Revamping Their Approach to Education

Despite the known health hazards, the load of schoolbags keeps on increasing and any meaningful change is yet to be made.

In 1993, Yashpal Committee had seriously raised the issue and come out with a report titled ‘Learning without Burden’. However, as Dr Lalit Kishore writes, classroom instruction continued to be content-based, which resulted in fatter textbooks and heavier bags.

Two Class 7 students from Maharashtra’s Chandrapur had in August 2016 threatened to go on a hunger strike if their demand for lighter bags was not fulfilled.

“We carry a minimum of 16 books for eight subjects daily and sometimes their number increases to 18 or 20, depending upon the subjects for which the classes would be held for the day. Our schoolbags weigh between 5 and 7 kg and it’s exhausting to carry them to our classroom located on the third floor,” the boys, aged around 12 years, reportedly said then.

In October of that year, the Delhi government issued guidelines to heads of both government and private schools for reducing the weight of schoolbags for children. According to the guidelines, school principals and teachers were instructed to frame a well-designed timetable for each section of the class so that children do not have to carry too many books or notebooks to the school each day.

Schools were at the time also asked to ensure that the co-curricular activity periods are to be held along with the other classes on daily basis.